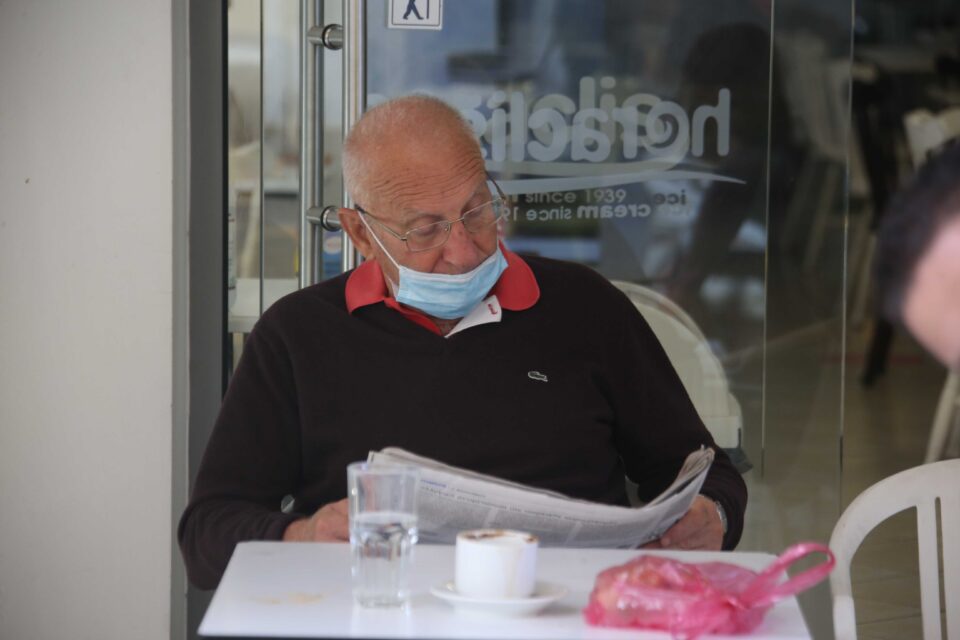 Since the rollout of coronavirus-related restrictions by virtue of the Quarantine Law police have issued over 13,000 fines for various violations, with the state collecting €2 million. Meanwhile in the space of nine months Health Minister Constantinos Ioannou has rattled off 50 decrees, including lately a blanket ban on mass gatherings, which – belatedly some might say – has stirred some lawyers into speaking out.

Answering a question from an MP earlier in the week, Justice Minister Emily Yiolitis said that between March and October 15 this year, authorities issued 13,330 fines. Of these, 6,603 had been paid.

By the end of October, police had conducted about a million checks on premises and individuals.

The police force has set up a committee to review written complaints by members of the public who feel their citation was unfair.

Again, it’s unclear how many such complaints have been filed to date. However, media reports in early August said that about 100 letters were sent to the committee – many of them from restaurant owners slapped with the €8,000 fine for violating the emergency coronavirus-related hygiene measures for indoor premises.

As with any other fine, failure to pay within 15 days results in a doubling of the monetary value. A person not paying within 30 days will be summoned to appear in court.

Also not known was whether any member of the public has refused to pay a fine purely on the grounds of conviction – for example being against the restrictions – as opposed to more mundane reasons like being unable to afford it or feeling that a citation was unfair.

Attorney Alexandros Saouris, of the law firm A. Saouris & Associates LLC, said he does not know of anyone having refused to pay a fine, or anyone bringing legal action against the restrictions on the grounds of conviction.

Saouris is a co-signatory of an open letter recently addressed to the attorney-general and the ombudswoman, stating that the universal ban on mass gatherings – then valid until November 30, but now extended to December 13 – is a disproportionate step potentially violating citizens’ freedom to peacefully assemble.

At any rate, in the attorney’s view, the system in Cyprus precludes one from contesting the Covid restrictions or the ministerial decrees on legal or constitutional grounds.

“In Cyprus you can’t file an actio popularis – meaning an action brought by an individual on behalf of the public interest. In this particular context, it means a citizen can’t sue the state purely on the grounds that the coronavirus restrictions curtail rights or freedoms generally.”

To file a legal action against the state, a plaintiff needs to demonstrate legal standing – in other words, that he or she has suffered a specific and tangible loss (monetary and so forth) or injury due to the restrictions.

That said, legal/constitutional challenges to the lockdowns or other restrictions haven’t been attempted yet to see how they’d play out in practice.

But given that most rights spelled out in the constitution – such as the right to assembly – come with strings attached, for the time being the health ministry’s coronavirus decrees appear airtight and legally unassailable.

For instance, with regard to the curfews and travel bans, article 13 of the constitution states: “Every person has the right to move freely throughout the territory of the Republic and to reside in any part thereof subject to any restrictions imposed by law and which are necessary only for the purposes of defence or public health or provided as punishment to be passed by a competent court.”

Though Cyprus is jam-packed with attorneys, by and large the legal profession has been conspicuous in their silence over the coronavirus restrictions – which some would describe as authoritarian.

That silence was somewhat broken last week, when 17 lawyers penned an open letter to the attorney-general and the ombudswoman, drawing attention in particular to the blanket prohibition on mass gatherings – including demonstrations.

The lawyers urged the two officials to look into whether this ban was compatible with the constitution and the European Convention on Human Rights.

“We consider that any imposition or restrictive measure on the exercise of any human rights must (a) be exercised with great care and (b) the principle of proportionality must seriously be taken into consideration,” the group said.

Asked about this, Saouris said: “Our letter should not be read as a manifesto sounding the alarm over the emergence of a dictatorship or something to that effect. Rather, we have a more nuanced take on the subject – namely that restrictions may be necessary for public health and safety, but that they mustn’t be excessive. As with everything else, you need to strike a balance.”

The attorney also revealed that a group of 20 lawyers will soon be registering an association called Human Rights Shield.

“A sort of human rights watchdog, is how we envision it. Once it’s set up, we’ll be dealing with public-interest issues. Obviously we won’t limit our commentary to the coronavirus situation.”