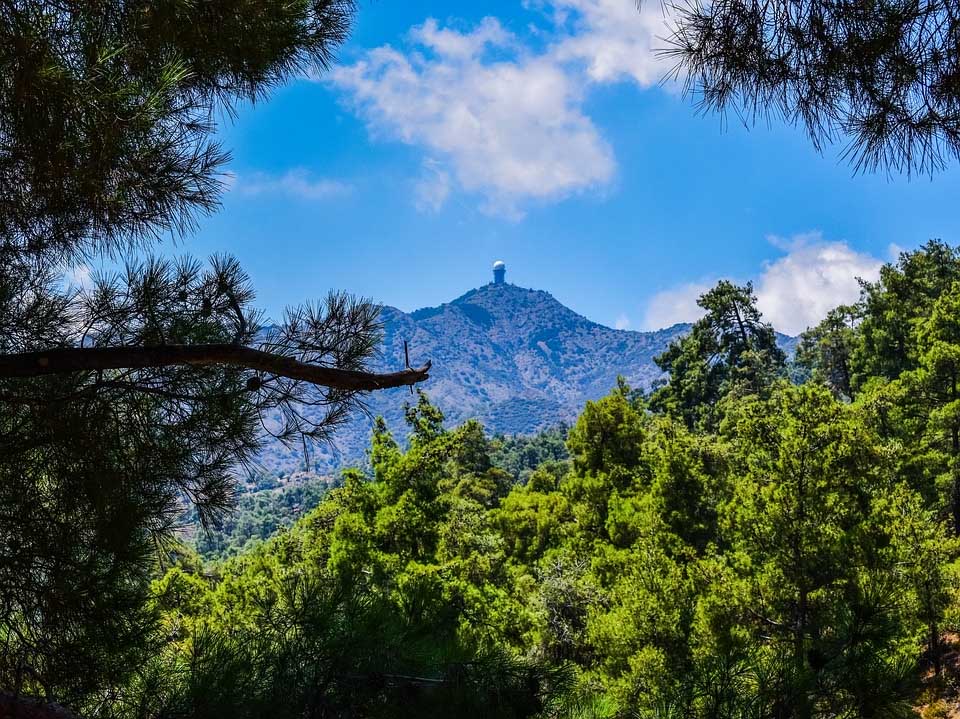 In terms of visitors, October and November are usually dead months for the mountain villages, but not this year

A rare positive by-product of the disruption caused by the pandemic, even during the movement ban of recent weeks, has been an explosion in visitors to the mountain communities, with numbers up by 50 per cent in some villages.

“We wish that this change could have happened without the coronavirus pandemic, however it is of course important for our community that there are more people coming,” Kakopetria community leader, Ioannis Iacovides, told the Sunday Mail.

Many mountain villages during the summer experienced a surge in visitors, but numbers also remained high throughout October and November – typically the “dead months”.

As Iacovides explained, the recipe was just right for many to rediscover the mountains: international travel and trips abroad have fallen off a cliff, while the north also remains essentially out of bounds.

“The weekend is by far the busiest, with some staying in hotels overnight on Saturday and others arriving for daytrips on Sunday,” he said.

Families and groups of friends bonding through trekking the abundant nature trails have shared their experiences online, beckoning others to follow suit.

Until the restaurants in the mountain areas of Limassol and Paphos districts had to close on November 11, they were the biggest beneficiaries of the visitor boom, but picturesque monasteries and churches also benefitted.

“Despite the change in weather now there’s still many people coming for visits and when it snows it will increase even more,” Iacovides said.

“In November, Troodos is typically almost deserted. You would see the odd group of day-trippers sitting at one of the cafes in the square on Sunday but otherwise there was little life but this year it has been incredible,” a reader, John Stylianou, with a home in Troodos in the Limassol district told the Sunday Mail.

“On Sunday, November 8, the last time I visited the square was packed – there were coaches, a large group of motorcyclists while the car park area was packed and even the hotels seemed full. It was as if it were August,” Stylianou said.

“Even on the nature walk, around Mount Olympus, on which you would normally not see anyone this time of year, I encountered at least 10 different groups of people.”

Restaurants in Kakopetria which is in the Nicosia district survived the strictest of measures brought in earlier this month, but mountain villages within the Limassol and Paphos districts, of course, suddenly felt the pinch as coronavirus restrictions squeezed the flow of visitors.

The noose around those districts tightened in two phases: the first on October 22 which brought in an 11pm curfew, which later became 8pm, while on November 11 restaurants, cafes and bars were forced to close altogether.

“Everything was absolutely packed, hotels and restaurants, everything was very busy even in October and into November which is typically a quiet month,” Agros community leader, Michalis Constantinides, told the Sunday Mail.

Agros is a village which lies just at the edge of the Limassol district, tantalisingly close to the “open for business” Nicosia district.

“Some people couldn’t get seats at the restaurants because of the high numbers,” he explained.

“Even when the 8pm curfew was in place we were very busy because people could come and visit, have their walks and a meal and head back home.”

But suddenly, the restaurants and other recreational centres had to close.

Akis Iacovides, owner of The Village Tavern, in Platres in the Limassol district emphasised that the tourists are a pillar of support for the mountain businesses – a key customer base which was largely absent this year.

“Sure, the number of Cypriots increased but we did lose out because of the lack of tourists – and that’s typically a lot of our work,” he said.

“The Cypriots continued coming until the end of October throughout the week and then we started being very busy mainly on the weekends until the day when we were told to close.”

“Even now, sure many people are coming up at the weekends but not for the restaurants, unfortunately. If they let us open we’ll be full again though,” he said.

The news on Friday that from December 1 restaurants islandwide including Limassol and Paphos can open until 7pm – a closing time which suits day-trippers – came as a relief.

The pandemic has been a double-edged sword for the mountain villages.

Apart from an outbreak in Kyperounta, the mountains have been viewed as one of the safest areas to visit on the island.

But as cases shot up after the summer, particularly in Limassol, many villages were cut off from the Nicosia, Larnaca, Paphos and Famagusta crowds.

Despite being locked out from the other districts, villages such as Platres can still rely on solid support from Limassolians eager for some rest and relaxation – as exemplified by Justice Minister Emily Yiolitis, who last Sunday tweeted: “Sundays are for Platres and hot apple-custard [apple pie] from Rotis”.

Platres community leader, Panayiotis Papadopoulos, is hopeful that the shift towards the mountains will have a knock-on effect.

“People have come to know a side of Cyprus, which for us has always been here, but for some it was an entirely new experience,” he said.

“Out of necessity the public had to search Cyprus itself and in doing so they discovered new things. The hope is that with those new experiences they will continue to come.”

Driving past curfew gets man caught with drugs