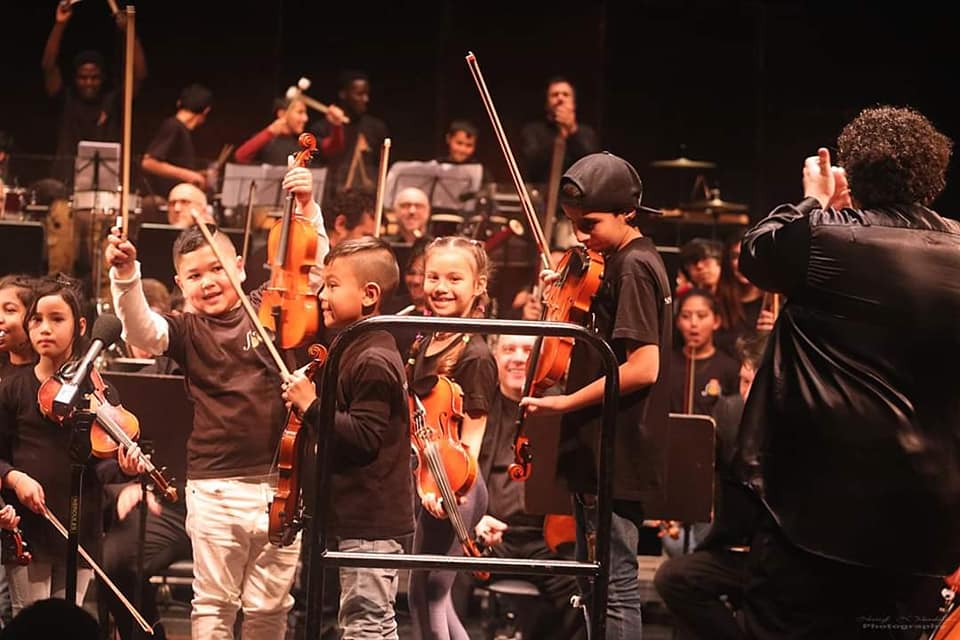 During a video call to pay tribute to the efforts of three Commonwealth volunteers, the Queen recently experienced her first virtual musical performance, when 45 children from Cyprus performed in celebration of her recent 73rd wedding anniversary.

The children were from Sistema Cyprus, a programme which aims to provide all children and young people with free music education through orchestras and choirs. The second aim is to promote respect and recognition of vulnerable population groups from the society.

“During the call, Her Majesty, Head of the Commonwealth, was introduced to three award winners from Trinidad and Tobago, Mozambique and Cyprus, who spoke of the impact of their initiatives in their local communities and beyond,” Systema Cyprus, the organisation which won the award this year, reported.

The organisation was founded by Cypriot music teacher Nikoletta Polydorou in 2018 to support disadvantaged children from neighbourhoods of Nicosia and Larnaca.

“Our main aim is to give the children the opportunity to dream, using music as a tool,” she said.

“As this call is a few days after your wedding anniversary, please allow the Sistema Cyprus Symphony Orchestra to perform an extract from a piece which was specially composed for us… and will be premiered by us for the public at our next concert. You will be the first to hear (it) and please accept it as our gift for your anniversary,” she told the Queen during the call.

After listening to the children from Cyprus and her talk with Polydorou, the Queen talked to another award winner, wildlife enthusiast Len Peters from Trinidad who was the first person to receive the Commonwealth Points of Light award.

She praised the efforts of Peters who featured in Sir David Attenborough’s Blue Planet II series.

The third person the Queen spoke to was Ruy Santos from Mozambique who received the Commonwealth Points of Light award in July this year.

Ruy founded Makobo in 2009, a collaborative working space to promote nutrition, education and youth employment, of which the Queen had her first virtual tour.

“Thank you all for taking part in this programme. I’m delighted to have heard your stories and I think it’s wonderful work that you’re all doing, and volunteering so much. Thank you very much.”

Launched in February 2018, there have been 163 recipients of the award, with the Queen awarding a Commonwealth volunteer every week for outstanding initiatives in their local communities and beyond.