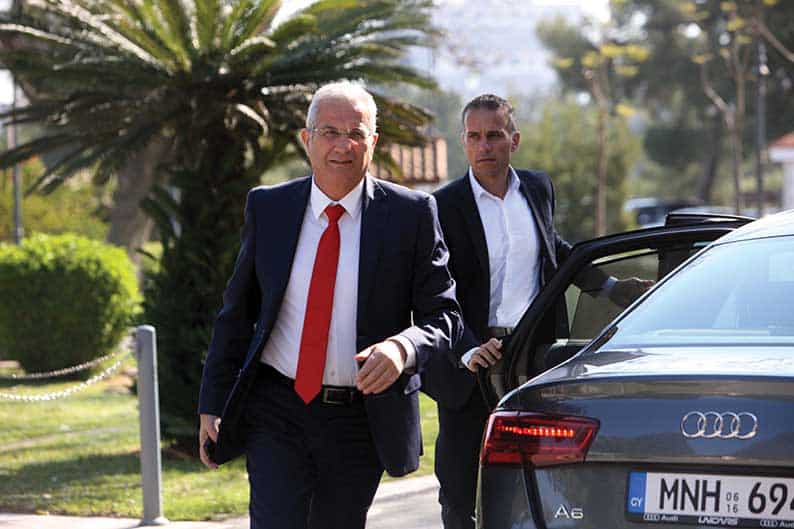 Akel leader Andros Kyprianou said he regretted not pushing for the expulsion of a senior party official suspected for corruption in 2015, but did not rule out revisiting the matter, which resurfaced recently.

In an interview with Politis, Kyprianou admitted pushing for Nicos Katsourides’ indefinite suspension at the time instead of his expulsion from the party over his alleged involvement in the Cyta pension fund scandal, which saw several prominent individuals go to jail.

Katsourides was also accused of undermining the party’s leadership.

“I considered that under the circumstances at the time that decision better served the needs of the society and the party,” the Akel leader said.

Kyprianou said it was not because he feared being accused of being vindictive.

“There are many reasons. But yes, I could say that I assume responsibility because it was my proposal that was adopted by the central committee.”

Katsourides has been accused of being involved in the CyTA pension fund scandal and was responsible for another party member taking the fall.

Akel claimed at the time that the party had nothing to do with the scandal and that any involvement was “invented by political adversaries to besmirch the party name.”

The scandal, a land scam involving the purchase by the CyTA Pension Fund of Turkish Cypriot property in Dromolaxia, Larnaca, and the construction of an office complex at an inflated price, saw five people convicted in January 2015, including AKEL member Venizelos Zanettos.

Zanettos was sentenced to three-and-a-half years in prison, after he was found guilty of extorting money from the main prosecution witness, businessman Nikos Lillis.

The party has always claimed that Zanettos was innocent, describing him as a “political prisoner.”

In his court testimony, Zanettos had said that Katsourides was also involved.

“They questioned the wrong man,” Zanettos had said, maintaining that police fell short of doing their duty to investigate the case fully.

In its verdict, the court noted that Zanettos had failed to substantiate his claims that Katsourides was in any way involved.

Last week, in an interview with Kathimerini that took everyone by surprise, Zanettos accused Katsourides of being the mastermind behind the scheme.

He did not provide any proof to back his allegations, but he said he was writing a book in which he would reveal all.

Not long afterwards, Lillis said he had issued a cheque for €100,000 to Akel, with the receipt signed by Zanettos. However, the name of the donor had not been printed on the receipt, saying instead the money came from “anonymous.”

Asked about the scandal in the interview, Kyprianou said he did not wish to comment further.

“I will speak about these matters when we collectively decide we must speak in public,” he said.

Of the cheque, Kyprianou said he did not know about it though he admitted there was a bad, not illegal, practice in the past by all parties not to declare donations. That has now changed by law.

The issue resurfaced at a time when Akel, the main opposition party, was trying to recover from the blow dealt by recent revelations that one of its MPs was involved in a cash for passports scandal.

Christakis Giovanis, who was also a developer operating in the Famagusta area, was caught on undercover film, together with House president Demetris Syllouris, offering to help a fictitious Chinese businessman with a criminal record secure citizenship. Both have since resigned, but the revelation by Al Jazeera, deprive Akel of the moral high ground.

Kyprianou denied the party had taken its time in reacting.

“I spoke to Christakis Giovanis as soon as I saw the video; I summoned him to my office the next morning, afterwards the secretariat was convened and after that the political bureau, which took its decisions,” he said.

Giovanis had to resign his seat in parliament and was stripped of all other positions he held in the party as well as his membership.

Kyprianou said he did not know whether Giovanis had sold houses to party officials or holidays in his properties.

“I don’t know, and I don’t think a leader of a party should deal with these things. What I can tell you with certainty is that I have never stayed in a flat that belongs to Mr Giovanis.”