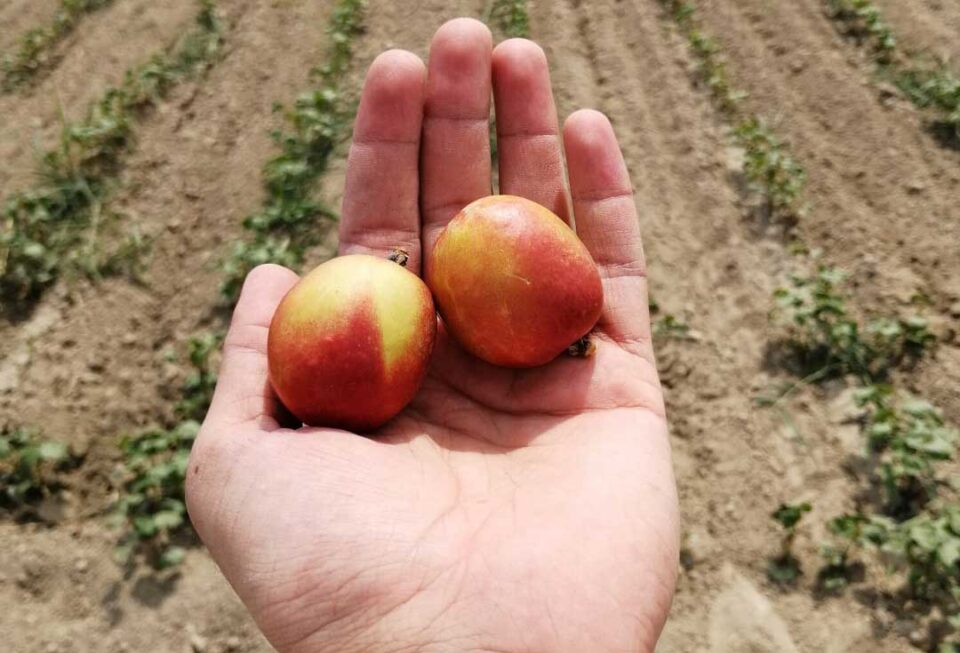 Food waste is a hot topic. Did you know that 1.3 billion tonnes of food is lost worldwide each year? The food currently wasted in Europe could feed 200 million people, and if food loss were a country, it would be the third largest greenhouse gas emitter behind China and the US. And the biggest wastage comes in the root crops and fruit and vegetables category, where up to 50 per cent simply goes uneaten.

In more developed countries, more than 40% of these losses occur at the retail and consumer levels. Why? Well, one crucial factor is beauty – not yours, but that of the produce itself. Too often, the food that gets tossed aside is considered ‘cosmetically imperfect’. 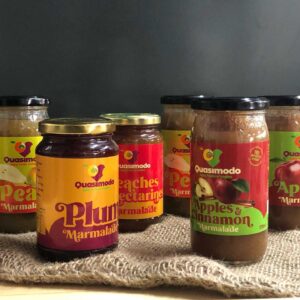 Yes, we’re talking about the dodgy-looking carrots your uncle delights in posting on Facebook, the strawberry that calls to mind paintings of ladies disporting in the nude, the plum that’s a dead ringer for the more intimate parts of the male anatomy! These are all foods which never make it to sale. Not because they taste different, or are less nutritious. But purely because they don’t look pretty; because, in the words of Amalthia Trading’s Andreas Agrotis, they’re the Quasimodo of produce…

“Quasimodo was someone who was ugly on the outside, but beautiful on the inside,” says Andreas. “So it’s the perfect name for our line of jams and sauces, all made from fruit and veg deemed too ‘irregular’ for sale by supermarkets and the like.”

Co-owner of Amalthia Nicosia Trading Ltd, a company which prides itself on a long family history and its care for the environment, Andreas launched Quasimodo last year, with the aim of ameliorating food wastage.

“It’s something we see so much of in this industry,” he sighs, “especially in Cyprus; there’s such a loss of perfectly good, healthy produce. We have become used to standardisation, but it bothered me to see huge amounts of fruit and veg that just has a small scratch or spot on it rejected by supermarkets, grocery stores, and even consumers themselves. I’ve seen so many buyers discard cucumbers that aren’t straight!” he exclaims. “But nature creates all sorts of shapes and sizes, and curved cucumbers are just as nutritious.”

Building on the idea that healthy produce could be repurposed if not sold, Andreas and his team created Quasimodo – a line of six jams and two sauces made from produce which would otherwise end up in a landfill. 100 per cent natural, with no preservatives or additives, the jams include Peach and Nectarine, Plum, Pear, and Apple and Cinnamon, while the two sauces are both tomato-based.

Sold in select supermarkets and stores around the island (including Nicosia’s Golden Star, Paphos’ Kipos Edem, Larnaca’s Agrotis Land, Mikropolis in Paliometocho, and Amalthia’s own retail store in Pallouriotissa, Palia Apothiki), the Quasimodo products are proving to be a big hit with the more eco-conscious consumer. 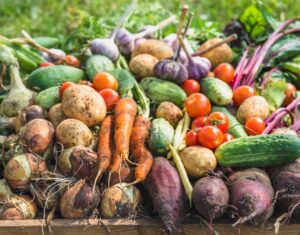 “Although we launched Quasimodo quietly last October, beginning with our own retail store, the line was almost immediately successful,” Andreas acknowledges. “We’re finding we have customers of all age groups and all nationalities; all those who are interested in a fantastic-tasting product that’s naturally nutritious and helps rather than harms the planet.”

To further differentiate the Quasmido product line, Andreas’ team have designed specially-made stands which are placed not in the jams and sauces section of stores but alongside the fruit and veg. “These are not products that should sit on the shelves with the other jams and so on,” he smiles. “They should be right next to the fresh fruit and veg, because that’s what they’re truly connected to. Everything in the Quasimodo line is created directly from the fruit and vegetables considered unacceptable – purely because of their looks – for sale by restaurants, supermarkets, and hotels. We’re just giving that stuff another chance, giving it value. And, at the same time, we’re helping the environment.”

Quasimodo is not the only eco-friendly initiative at Amalthia Trading Nicosia. Spurred on by Andreas’ vision for a better planet, the company also uses non-standardised fruit and veggies to create a line of vacuum-sealed smoothie packs, and sends pre-sliced produce to several local companies and bakeries who use them in dips, sauces, and pizza toppings.

“We’re also looking into making ice cream as well,” says Andreas. “A few months ago we received a container of bananas from Ecuador” – Amalthia works with both local and imported produce – “and more than 10 pallets contained fruit that had a few black spots. Well, once you peeled the bananas, they were perfect on the inside – white and creamy and delicious. So instead, we experimented with turning them into ice cream – my daughter loved it!” he laughs, “and managed to save 7,000 kilos from the landfill.”

Innovating, thinking outside the box – these are the hallmarks of Andreas’ thinking. “At Quasimodo,” he smiles, “we’re a team of creative misfits; people who look beyond the everyday to create something extraordinary. The concept for the brand is simple: ugly fruit, beautiful flavours. And by using traditional recipes, the kind our mothers and grandmothers used, we believe we’ve succeeded.

“It may be a small effort,” he concludes. “But our philosophy is about respecting diversity and nature, while reducing the global problem of food waste, one jar at a time. Shouldn’t nutritious, delicious food go hand in hand with regenerating our planet? A small effort from everyone can be such a big help!”

For more details on the Quasimodo product line and where to buy, visit https://quasimodo.com.cy/ or email [email protected]