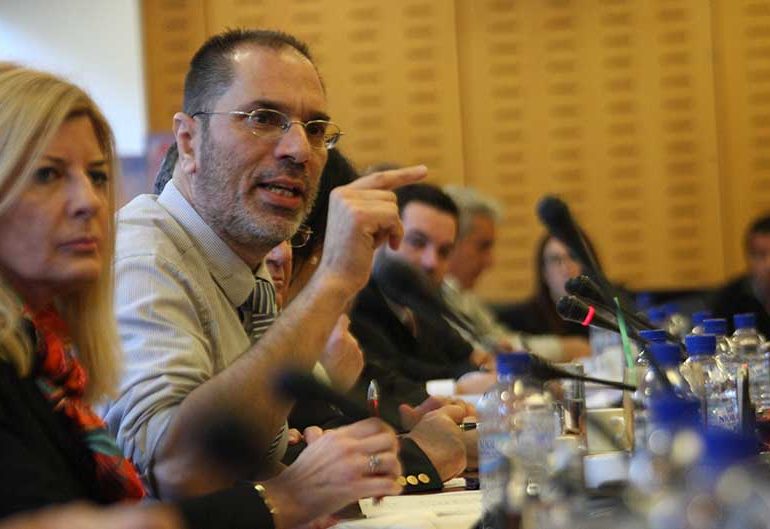 The government on Monday took the gloves off in its ongoing tussle with auditor-general Odysseas Michaelides, accusing him and others of seeking to ‘kill’ major foreign investments on the island, while the Audit Office remained undaunted pledging yet more disclosures regarding the controversial citizenship-by-investment (CBI) programme.

“The auditor-general is out of line, violating clauses of the constitution, disregarding institutions and, sadly, is undermining the prestige of the very institution he was called to serve,” government spokesman Kyriakos Koushos told media.

And rather than Michaelides being “called to order”, he was being afforded political cover by main opposition Akel.

Effectively, Koushos suggested the auditor-general has become the protege and instrument of Akel.

Tensions between the watchdog and the government came to a head after the Audit Office last Friday released a report suggesting that 18 Cypriot passports granted under the CBI did not meet the programme’s naturalisation criteria under the law, and were therefore tainted.

The report packed a punch, as it stated that these doings pointed to potential corruption and perhaps even the commission of criminal offences.

It cited the 18 passports granted to individuals linked to the casino resort, plus 64 naturalisations of people related to another company.

The report’s release infuriated the government, which slammed it as being inaccurate, and also because the Audit Office had earlier been urged to stop meddling and leave the passports matter to a commission of inquiry appointed by the attorney-general.

Essentially the administration claims the auditor-general is acting outside the bounds of his remit.

Koushos called the dossier “a product of distorted interpretations based on incomplete data”, and insisted the naturalisations in question were all granted legitimately.

He asserted the casino resort represents an investment of €600 million and that upon completion of all related works it will have created some 3,000 full-time and high-paying jobs on the island.

As for the second case of 64 naturalisations, said Koushos, it relates to an IT company which moved its headquarters to Cyprus and has been operating here since 2011, contributing to date an estimated €800 million overall to the economy.

“It is these sort of major investments which some are trying to kill with their unfounded critique and attacks.”

He reiterated that the auditor-general lacks the full picture on these naturalisations, which led Michaelides to get his wires crossed and come to the false conclusion that corruption was at play.

According to the spokesman, the cabinet has the discretion to propose and approve naturalisations of foreign nationals if they are deemed to be in the public interest. This was perfectly legal, and a separate process to the citizenship programme.

“Audits are necessary and are respected but they must fall within the parameters of the law and the constitution. But the auditor-general’s mode of operation interferes with the proper functioning of the state.

“He wants to govern this country and take decisions that are reserved to the president.”

The spat has fuelled speculation the government will seek to sack Michaelides by referring the matter of his jurisdiction to the supreme court, alleging ‘misconduct’ on the part of the official.

Hitting back on all fronts, a spokesman for the Audit Office told a television channel they would not cease looking into the passports issue.

Not only that, said Marios Petrides, but the watchdog will soon be providing the attorney-general with the names and addresses of the beneficiaries of the investment programme whom it flagged as suspicious.

In addition, they would forward to the commission of inquiry their own findings on flawed procedures relating to the granting of passports.

Petrides reiterated that the Audit Office is acting well within its rights, and sounded confident they would prevail should the matter of jurisdiction end up in court.

As for the government’s invocation of the ‘public interest’ in deciding naturalisations, Petrides said:

“The public interest is not an abstraction – it’s explicit and defined by the constitution.”

Classy Cavani no longer looks like a ‘panic buy’ at United