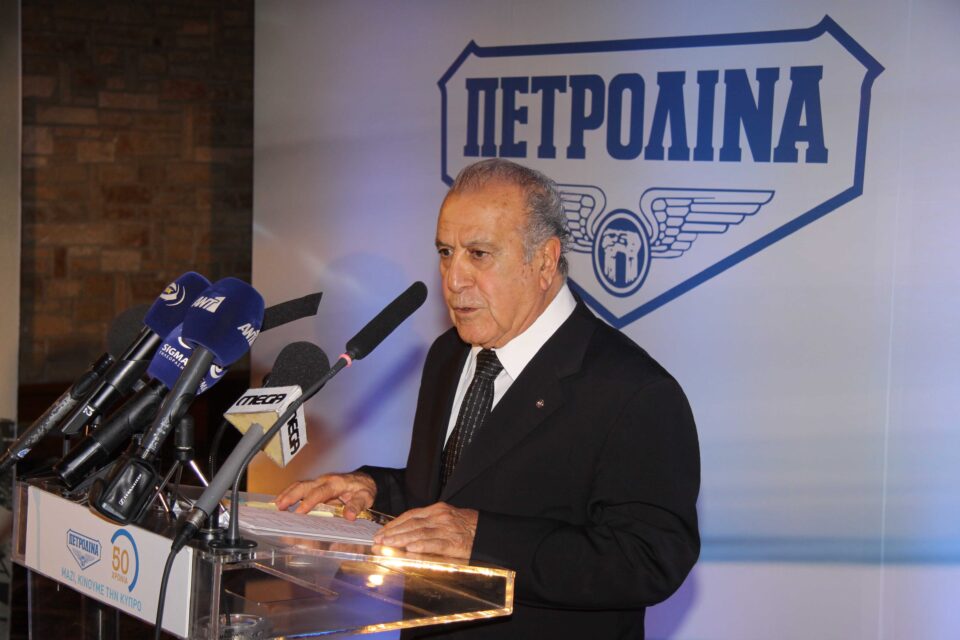 Lefkaritis was born on May 19, 1926 in Larnaca. The son of a self-made and successful merchant, he grew up in an era that coincided with World War II.

He graduated from high school in Larnaca in 1944 and although he was given a scholarship to study abroad, he decided however, to remain in Cyprus where he took his first professional steps, helping the family land transport company Lefkaritis Brothers.

In 1959, together with his brothers Nikos, Takis, Kallis and Nakis, Petrolina was established, the first Cypriot oil company. Kikis was responsible for the construction of the central oil storage facilities and the first gas stations and became the operational manager of Petrolina.

Lefkaritis was also the executive chairman of the board of directors of Petrolina (Holdings) Public Ltd and Chairman of the Lefkaritis Group of Companies and was at the time of this death still Honorary Chairman.

In 1955 he married Mercia Karavokyri from Larnaca, and they had two children, Akis and Georgia, plus and four grandchildren.