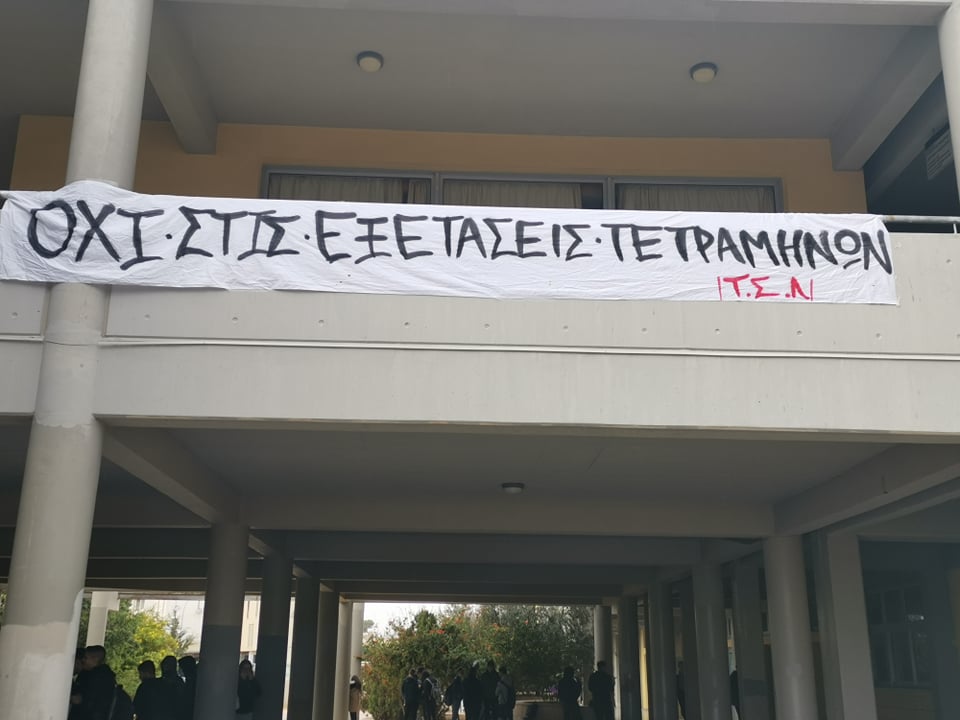 Secondary education teachers and pupils on Tuesday called on the education ministry to call off the twice-yearly exams in high schools citing the challenges faced due to the pandemic and the fact that around 1,500 students are in self-isolation.

The union of secondary education teachers Oelmek said that both them and student union Psem were in favour of calling off the twice-yearly exams citing practical problems and the unequal treatment of pupils since those who are in self-isolation are taught through distance learning. This puts them at a disadvantage to classmates who physically attend classes, they argue.

According to reports the same is true for around 500 pupils and teachers in primary education.

Oelmek expressed concerns on Tuesday that many lyceum pupils will be in self-isolation in January when the first round of the twice-yearly exams will take place. The union suggested the two-week exam period could be used to cover teaching material instead and help pupils better understand it.

“There can be no twice-yearly exams this year, not in the environment that has been formed,” Psem said in a statement. The student body put banners up calling for the cancellation of the exams in many schools.

It also said students wanted a reduction in the amount of teaching material.

Polyviou said parents were also on board with the cancellation of the exams.