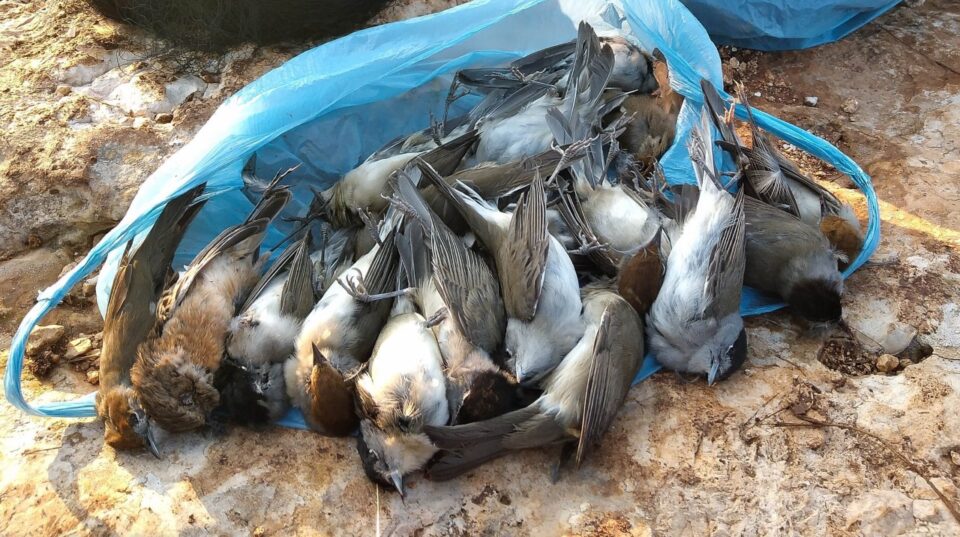 Three individuals were fined over €11,000 for trapping songbirds in the district of Larnaca, conservationists announced on Tuesday.

According to a joint statement by the Committee Against Bird Slaughter (Cabs) and BirdLife Cyprus, early in November, police raided a known trapping area in the Larnaca district and also executed search warrants in several properties thought to be connected to a big trapper.

The operation came after persistent pressure on the authorities from BirdLife and Cabs.

“Since the beginning of autumn, Cabs and BirdLife Cyprus field teams regularly visited the trapping location and, on every visit, witnessed a wholesale massacre of protected migratory birds,” the statement said. “Each night, loud electronic callers were heard playing in order to attract blackcaps and in the mornings the group of trappers were seen erecting mist nets. They were then seen driving the birds into the nets by throwing stones into the trees and bushes around the nets,” said Cabs investigations officer Bostjan Debersek.

Video evidence of the trapping activity at this site was gathered and shared with the authorities, while both NGOs put pressure on them to take action.

“Cabs and BirdLife Cyprus welcome this anti-poaching operation and the high fines issued to these notorious trappers and call for continued action at this and other known big trapping sites in Cyprus.”

The conservation groups urged the authorities to proactively monitor the trapping location this winter and during the next autumn season to prevent the killing of protected birds for profit.

“We also want to see similar effective action, by both the police and the Game and Fauna Service, against other notorious and persistent trappers,” campaigns coordinator at BirdLife Cyprus Tassos Shialis said.

Songbirds, or ambelopoulia as they are known in Cyprus, are considered a local delicacy and a dozen can go for up to €60.

Despite strict regulations, restaurants mainly in the Famagusta district and in the Ayios Theodoros area of Larnaca still serve them.