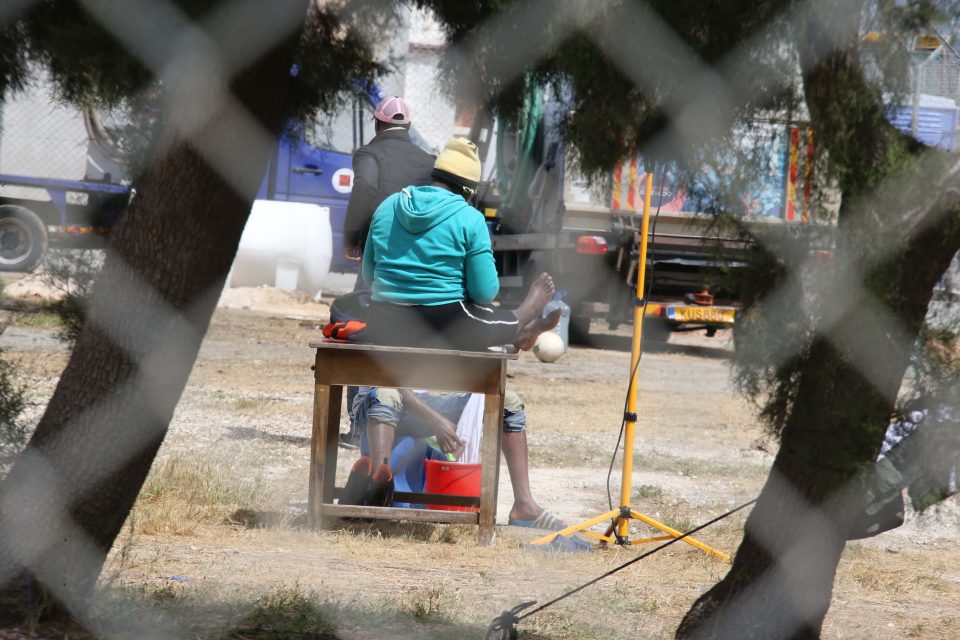 More than three quarters of migrants who arrive in Cyprus and apply for asylum are not refugees, Interior Minister Nicos Nouris said on Wednesday in an address to the EU’s Monitoring Committee for Home Affairs funds.

Today, Nouris said, when it comes to immigration the boundaries had become blurred between genuine refugees and economic migrants, which were being exploited by people traffickers.

“They deceive the immigrants by advertising Cyprus as their opportunity to enter Europe. Most of the arrivals aim to go to mainland Europe, but are unaware that our country is not a member of the Schengen area which would allow them to cross unchecked to other member states,” he said.

“As a result, our country becomes a gathering place for thousands of immigrants seeking international protection, even if their lives are not really threatened. Not all immigrants left their homeland for the same reason.”

He revealed that 78 per cent of those who arrive in Cyprus and apply for asylum are not refugees, but people who had come from “safe countries”.

The flow to Cyprus was excessively large, Nouris said. “We constantly warn our European partners that the situation in Cyprus exceeds our limits and our capabilities, preventing the proper management of these flows and the effective and methodical implementation of actions for the integration of third country nationals in our society,” he added.

“The numbers are relentless for Cyprus both in terms of population and the demographic impact.”

Today, asylum applicants and persons granted international protection, amounted to more than 35,000, or 3.8 per cent of the population. He said if the same figures were calculated relatively to say a population the size of Germany’s, it would be the equivalent of 3.6 million people.

Nouris said the picture of flows and arrivals for 2020, which have been significantly down, was misleading.

“These figures are temporary and are largely due to pandemic restrictions but also to reduced arrivals in the occupied areas, mainly from Africa due to the suspension of air arrivals,” the minister said.

He added that already with the resumption of some flights to Tymbou (Ercan) airport, in the north, the arrivals of Africans had increased dramatically, many of whom are diagnosed positive for coronavirus, and worsening the already aggravated situation in the reception centres, where authorities are currently operating 11 quarantine areas, which Nouris said were overcrowded.

He pointed out that from this year, the government had taken steps to change the way migrants were dealt with, “treating refugees differently from economic migrants, but without any lessening of their human rights”.

Within a few months, in cooperation with the European Asylum Support Office (EASO) Cyprus had strengthened its asylum service and established a list of safe countries, among other measures, which have helped speed up procedures for examining applications.

The aim is to examine an unfounded application within 10 days and then, if the applicant appeals, the decision should be issued within a period not exceeding 25 days.

“Only with such a mechanism will we be able to drastically reduce the manifestly unfounded applications and be able to provide real help, support and care to the real refugee migrants who need it,” said Nouris.

“It is extremely important for our strategy to increase the number of returns.”

Since the beginning of this year, despite the pandemic measures, he said, Cyprus had been able to carry out 1,250 voluntary returns by migrants to their countries of origin with EU co-financed programmes.

He said Cyprus had also managed to end the phenomenon of fake students with the introduction from the current academic year of strict criteria in colleges of higher education. In the last three years alone, 2,500 third-country students have applied for asylum, he said.

Another 4,000 during the same period, also coming from colleges, engaged in sham marriages with European nationals in an effort to stay in the country. Cyprus also cancelled 836 residence permits this year and authorities are investigating another 1,200 cases.

“The control of fake students and marriages is improving, but it does not solve the problem,” said Nouris, adding that three out of four illegal immigrants still enter through the north.

“It is therefore crucial for our country to implement measures to prevent illegal entry through the dividing line without this in any way implying that these are our borders,” he said.

Nouris went on to thank the European Commission for responding immediately to Cyprus’ requests for additional financial support. Under the revised national programme, he said funding would be increased to around €107m.

“Cyprus is one of the front-line countries under intense pressure from the immigration and refugee crisis,” Nouris said. “But we guard part of the European Union’s external borders, so we have an obligation to our partners and we try to be effective. The problem of illegal immigration is not only a problem of Cyprus. It is a problem for the whole EU.”