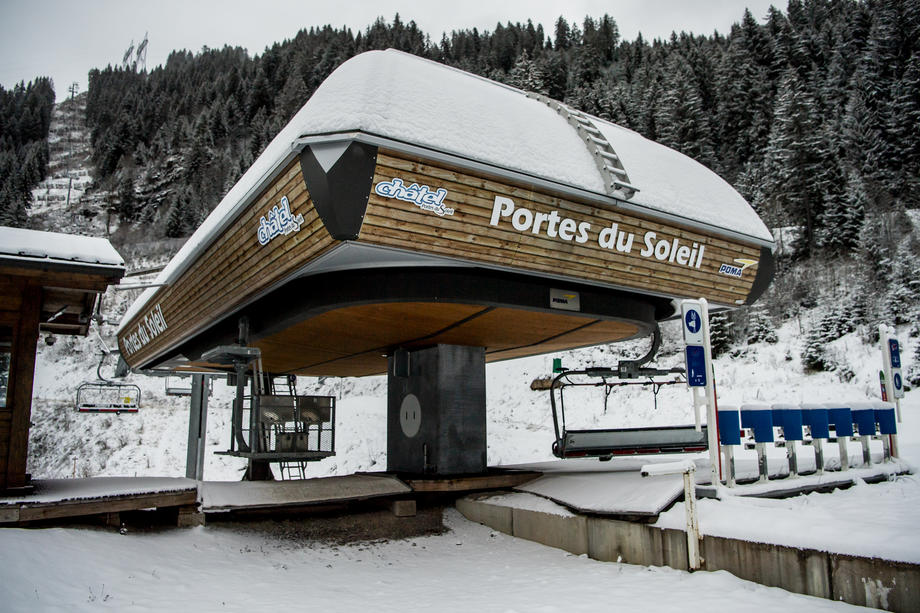 A closed chairlift is under the snow

Swiss ski resorts are ploughing ahead with preparations for the year-end holiday season despite pressure from neighbouring Italy, France and Germany to shut until the latest coronavirus wave passes.

Health Minister Alain Berset has proposed limits on the capacity of ski lifts at Christmas and the New Year, but lift operators and mountain regions who already expect many foreign visitors to stay away during the festive period bristle at added restrictions.

Verbier Mayor Eloi Rossier acknowledged feeling the heat from other countries, but said that his town’s ski economy was too important to simply call off the season, especially given measures the resort was taking to keep people safe.

He expects up to 45,000 people over Christmas and New Year, fewer than normal due to “a lot of cancellations.

“There is an economic aspect that we cannot deny, it is extremely important,” Rossier said. “But it is not skiing that’s dangerous for transmitting the virus, but the stuff that comes after skiing, the apres-ski. And here we took extremely strict measures to limit…the risks.”

Austrian Chancellor Sebastian Kurz was due to present his country’s ski plan on Wednesday. The Swiss government, which has said lifts can stay open if they have strict health measures in place, meets on Friday.

In Verbier in southern Switzerland, lift operator Televerbier was not expecting droves of people, given that foreign visitors who make up as many as half of a typical winter’s crowd are unlikely to travel this year.

“We lost a big part of our clients…from Asia, the Middle East or the Americas, so we don’t think that if the Italians or French remain closed that they will compensate,” Televerbier Chief Executive Laurent Vaucher said.

Vaucher said he had been on the phone with resort managers in Italy and France who are angry over their governments’ decision to shutter skiing.

“They are very offended,” he said. “This catastrophe that is happening to them is already a big issue for the global ski industry.”

Swiss mountain lift industry association president Hans Wicki acknowledged Berset’s aims with the proposed restrictions, which could keep capacity at as low as two-thirds the levels of the busiest days from a year ago.

“But I also understand lift companies that fear for their existence,” Wicki told broadcaster SRF. “I’m personally fighting for them, so I can’t really support Berset’s restrictions.”

Marcus Caduff, in charge of the economy in the mountainous eastern canton of Grisons, said the season had to go ahead.

“This is enormously important for the canton’s economy. Lots of livelihoods depend on this. In many valleys of the canton there is no alternative to tourism,” he told SRF.

The World Health Organization has refrained from telling ski nations what they should do, but warned that airports crowded with would-be skiers and cramped gondolas could lead to new infections.