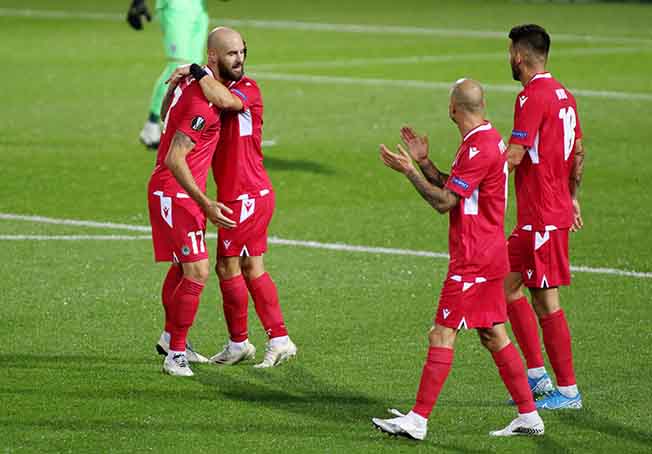 Omonia manager Henning Berg reiterated that the main priority for the club remains the league, stressing the importance of the game against Apoel on Monday ahead of the team’s Europa League clash with Paok on Thursday night.

“Paok rested a lot of players on Sunday and we expect them to play the side that faced PSV in the previous round”, said Berg.

“Our priority is the league so we will also be making changes. Despite the changes we will still be competitive. The game on Monday is more important”, added the Norwegian manager.

The clash between Omonia and Paok kicks off at 10PM and will take place at the GSP Stadium in Nicosia.

Regarding the scheduling, Omonia have rebuked a request from Apoel to move their league game from 7PM to 5PM, most probably due to the ramifications on Omonia’s preparation and recovery following their game against Paok.

In terms of the rescheduling request, Apoel cited demands from fans who will find it more difficult to watch the game so close to the recently-imposed 9PM curfew.

Omonia will be aiming for their first Europa League group stage win against Paok. The Greens can still mathematically qualify for the knockout stages although it would require an unlikely set of results.

Omonia would need to beat Paok at home on Thursday, beat PSV away, and then need Granada to beat both PSV and Paok. This would take Omonia to seven points and keep PSV and Paok on six and five points respectively.

Despite the club’s clear intent on focusing on domestic competition, Berg still expressed his anticipation and excitement for the game against Paok.

“We are looking forward to the game. We got a good result in the reverse fixture in Greece (1-1) and we’re not playing at home. These are difficult games and it’s not easy to get any points. However, these games help the team develop. We will try to be competitive just like we were in previous games”, Berg explained.

Speaking before the match, recently-appointed Paok manager Pablo Garcia said the game with Omonia is like ‘a final’ for his team.

“Omonia prioritising the league is just a story. For us the game is like a final”, Garcia said.

“Nowadays we are able to collect a lot of information on opponents. But football is the same. We just want to play our own game”, Garcia explained.

“We have to come into this game much stronger than what we did against PSV and will keep that intensity until the very end”.

An asymmetric flower arrangement for your home

Maserati: a lexicon of thrilling moments

Lengthy tennis toilet breaks may soon be thing of the past