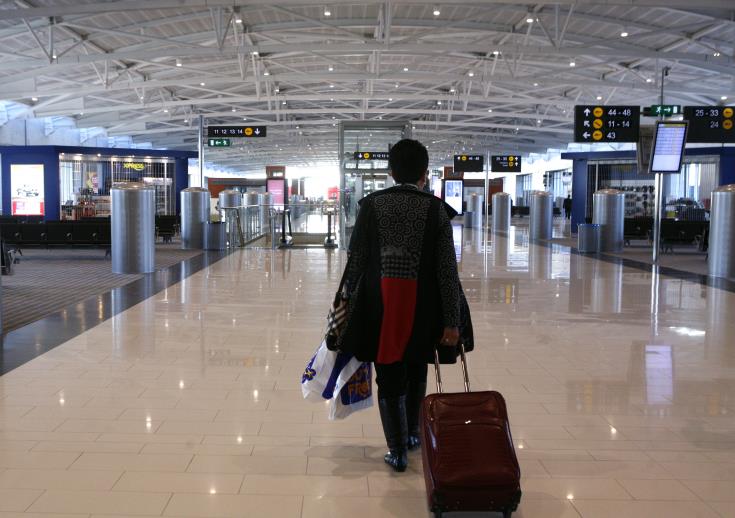 Cabinet on Thursday approved the amended action plan for the gradual resumption of flights and operations of the airports according to which the country categories used so far to allow entry to Cyprus are replaced with four others.

According to the plan, presented by Transport Minister Yiannis Karousos, which will enter into force on March 1, 2021, people who have been vaccinated against Covid-19 will not have to present negative PCR test certificate upon their arrival.

“The amended action plan is expected to further boost the interest of airline companies to carry out additional flights to Cyprus, improve connectivity and increase passenger traffic,” the minister said.

As regards country categorisation, category A will be replaced by the ‘Green Category’, for which there will be no restrictions.

Category B will be replaced by the ‘Orange Category’, which will require a negative PCR test certificate not older than 72 hours prior to departure, a practice that is applied today.

Category C will be replaced by the ‘Red Category’, which will require two negative PCR tests, one within 72 hours before departure and another upon arrival in Cyprus. No self-isolation measures apply in this category.

The action plan introduces a fourth category, the ‘Grey’ one or the ‘special permit category’. Passengers arriving from countries in this category will have to submit a negative PCR test not older than 72 hours before departure and must self-isolate upon arrival in accordance with the instructions of the health ministry.

These categories are in line with the guidelines of the European Centre for Disease Prevention and Control (ECDC).

EU countries, European Economic Area countries including the United Kingdom and Switzerland, countries on the European Council’s list of third countries, and Russia, Ukraine, Israel, Lebanon, UAE, Jordan, Saudi Arabia, Egypt and Belarus will be classified in the Green, Orange and Red categories.

Other third countries not listed above will be classified in the Grey one and passengers from these destinations will require a special permit to enter Cyprus. Cypriot citizens, people legally residing in the Republic of Cyprus and European citizens arriving from Grey category countries do not need a special permit.

As regards testing, the same applies as now: Cypriot citizens, their spouses and children, people living permanently in the Republic of Cyprus, and those allowed to enter the Republic in accordance with the Vienna Convention can get tested upon arrival.

There will be a transition period from January 15, 2021 during which the assessment for which country goes into which of the four new categories, will be carried out by the health ministry.

Until January 15, the existing categorisation system will apply which puts countries in three groups based on their epidemiological risk assessment carried out by the health ministry.

Random tests on passengers arriving from abroad will continue based on the epidemiological criteria of the countries from where flights to Cyprus will be carried out, the minister said.

Cabinet also approved the extension for another six months of the temporary incentive scheme toward airlines launched last July. The scheme pays the airlines an amount per passenger depending on the aircraft’s load factor, starting from 41 per cent and up to a 70 per cent.

“The scheme has received positive reviews from airlines and has been described at European Union level as a best practice scheme,” Karousos said.

He added that himself, and the ministers of foreign affairs and tourism, in a letter, will brief all air carriers and tourist agencies about the changes as regards arrivals.

France to investigate dozens of mosques suspected of ‘separatism’