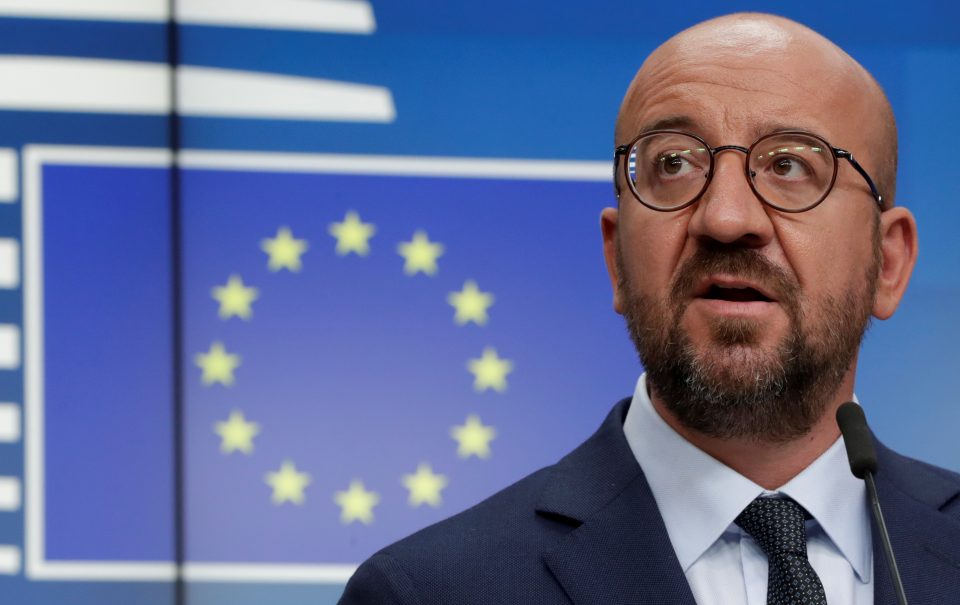 “It takes two to tango,” European Council President Charles Michel said on Friday, confirming the 27 EU leaders will assess Turkey’s actions since October at the European Council, scheduled for December 10-11, underlining the EU preference for a more stable and predictable relationship.

Speaking during a press conference marking his one year in office, Michel said “quite naturally and as a European I’m a man of dialogue, when it comes to conflicts and differences of opinion.

“We need to enter into dialogue so that we can work together, to manage and solve crises and conflicts”.
According to Michel, the bloc unanimously wants and needs “a more stable and more predictable relationship with Turkey, but it takes two to tango. So, we need to work together to have that predictable relationship and we are going to make use of channels,” he stressed.

Michel said that since taking office, he has worked in close cooperation with member states, aiming at entering into dialogue “at all levels” not just with Turkey, but with all players in the region, in Europe and beyond the borders of the EU.

Pointing to the decision taken at the European Council in October, Michel said that “we took a position which was very clear”, with unity in the EU, providing that “the end of the year we would make an assessment. In October we extended the hand and we see what Turkey has done over that period of time, so we need to define what that’s going to mean, within the context of the European Council,” he added.

Answering a question on Turkey, the Council President said “the cat and mouse game needs to end.”

“In October after a very dense and strategic high level exchange we defined a very positive offer to Turkey, we extended our hand and within the context of multilateralism, we tried to take into consideration all that is at stake in the Mediterranean area, we looked at the economic issue, migration issue, energy issues for example, but the condition to move into that area is that Turkey needs to stop unilateral provocations, hostile statements and non respect of international principles and rules-based order,” he underlined.

“Since October, things have not been very positive, since that time we’ve seen that there have been unilateral acts that have taken place, hostile rhetoric has been expressed,” said Michel.

“We want to have more stability and more visibility with Turkey, but we see that there has not been a significant positive movement with Turkey and that’s an issue,” he concluded.