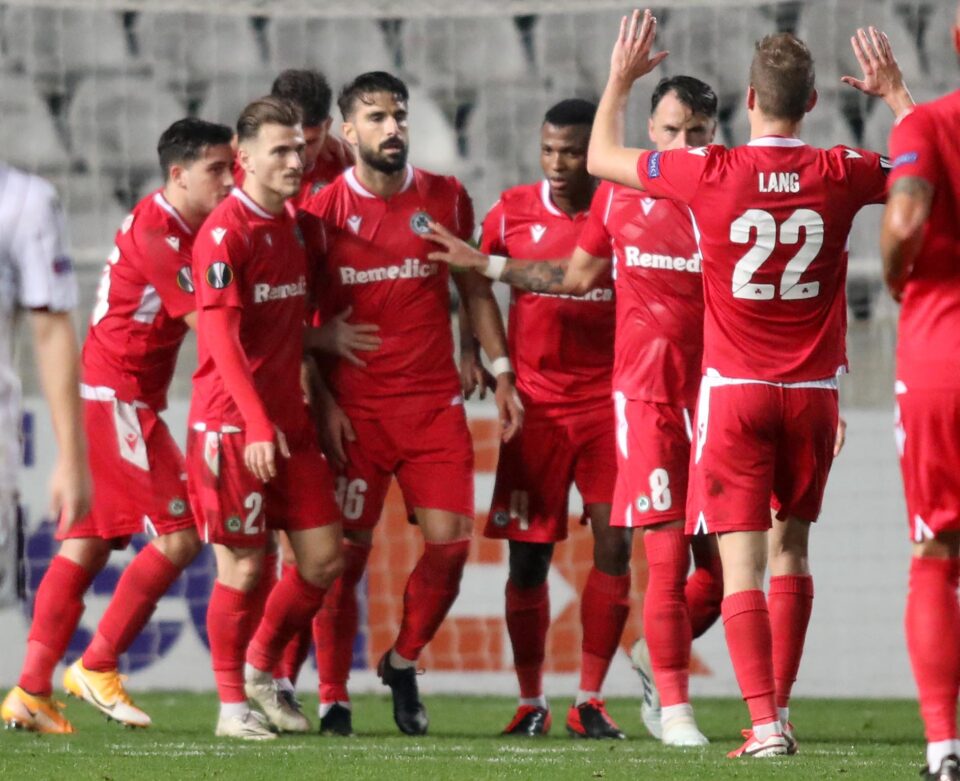 Despite winning their first ever Europa League game 2-1 against Paok Salonika in Nicosia, Omonia are mathematically out of the tournament with one game to spare due to Granada losing to PSV in the same group on Thursday.

European involvement has indeed taken its toll on Omonia this season as they endured a nine-game winless run in all competitions prior to the encounter with the Greek side.

The home team started the game knowing they would need a miracle to advance to the knock-out phase of the competition.

However, manager Henning Berg opted to field a slightly more defensive side compared to the last European outings, with five defenders and four midfielders supporting the only striker upfront Kaly Sene.

Even so, Omonia started the game more aggressively than Paok, coming close to getting ahead after just one minute, but Tomas Hubocan’s shot from a comfortable position following a dangerous corner missed the target by inches.

The home team eventually managed to open the score only seven minutes after, when Andronikos Kakoullis pounced on a rebound from the Paok keeper Zivko Zivkovc to put Omonoia ahead early on. He couldn’t miss with the goal gaping.

Despite a good start, bad luck struck for Omonia in the 20th minute when Kakoullis picked up an early injury, forcing Berg to replace him with Abdullahi Shehu.

Chance after chance, the guests eventually managed to even the score five minutes before the end of the first half with a superb curled right-footed effort from inside the box converted by wonder boy Christos Tziolis, at his third goal in the competition at only 18 years of age.

Despite the big chance, it took some desperate defending at the back for Omonia to prevent a galvanised Paok from taking the lead.

The home team’s defensive efforts paid off in the 83rd minute when El Kaddouri’s clumsy challenge on Loizou prompted the referee to award a penalty for Omonia. Captain Jordi Gómez stepped up with conviction and slotted his shot straight down the middle as the goalkeeper dived to his left, gifting his team three historic, yet unfortunately useless points.

Night of cheer as fans return and Arsenal win big