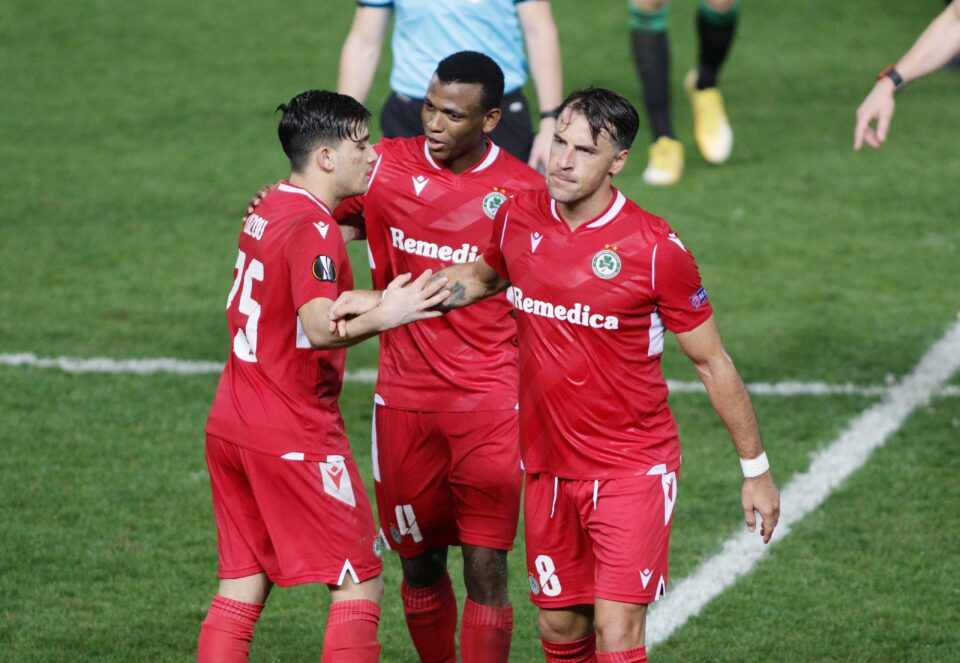 Doxa Katokopias dealt a big blow to Anorthosis’ title aspirations when they defeated current leaders 2-1 at the Makareion stadium in the opening game of round 13 of the football championship.

Former Anorthosis player Sadik opened the score for the home side with his 7th goal of the season beating Lloria from the penalty spot just before the half hour mark.

Manias equalized early in the second half, but parity lasted just seven minutes as Firminio’s threaded pass found Mesca whose rather tame shot from inside the penalty area squirmed under Lloria in the 57th minute.

Anorthosis pushed forward in search of the equalizer and should have levelled late on in the game when Doxa’s goalkeeper Paraskeva dropped Christophi’s cross with the ball falling invitingly to Manias but his shot was cleared off the line by Mintikkis.

In the second game of the day Nea Salmina scored an important win over Karmiotissa thanks to a goal by Osei in the opening five minutes of the game.

The thirteenth round of the Cypriot football championship resumes with Saturday’s first game between AEL Limassol and Ethnikos Achnas.

Speaking to the club’s in-house TV channel, manager Dusan Kerkez expressed his satisfaction about the team’s recent form. AEL have won four out of the past five games, including the two derbies against Anorthosis and fierce rivals Apollon.

“The mood at the club has changed for the better,” AEK press officer Kyriakos Demetriou said. “When you win the feeling changes, especially when you win in a convincing manner. We do not want to hinder our progress, so we want to continue winning.”

On Sunday, Apollon will travel to Paralimni for a game against Enosis. Apollon will want to bounce back after a bitter defeat against fellow Limassol club AEL.

Apollon press officer Fanourios Constantinou said that the club’s main objective is to return to winning ways, while hinting at a potential squad renewal during the January transfer window.

“December will be a crucial month for the assessment of every player at the club. We are waiting for the manager to settle on the direction he wants to take,” Constantinou said.

The biggest game of the round will be played on Monday when Apoel face Omonia at GSP Stadium.

Omonia are feeling buoyed after their Thursday night win over Greek club Paok in the Europa League, their first win in a European competition’s group stage.

Omonia manager Henning Berg said that he was delighted at the result, but that the league remains a difficult situation for the club.

“It is an important and historic win because it’s the first one. We are very happy. I’m proud of our players for the way they played,” Berg said.

“Now the most important thing for us is the league, there is no doubt about that. We have a difficult game on Monday and then we will be facing PSV Eindhoven,” Berg explained.

“It’s good that we have this confidence again. We have missed it for some time. We are going towards the next few games with more optimism, hunger and energy”, the Omonia manager added.

“We are starting to show some consistency and we have more intensity throughout games now,” Petevinos said.

“We still have some way to go until we are truly ourselves again, but we will keep fighting for the title until the very end,” he added.