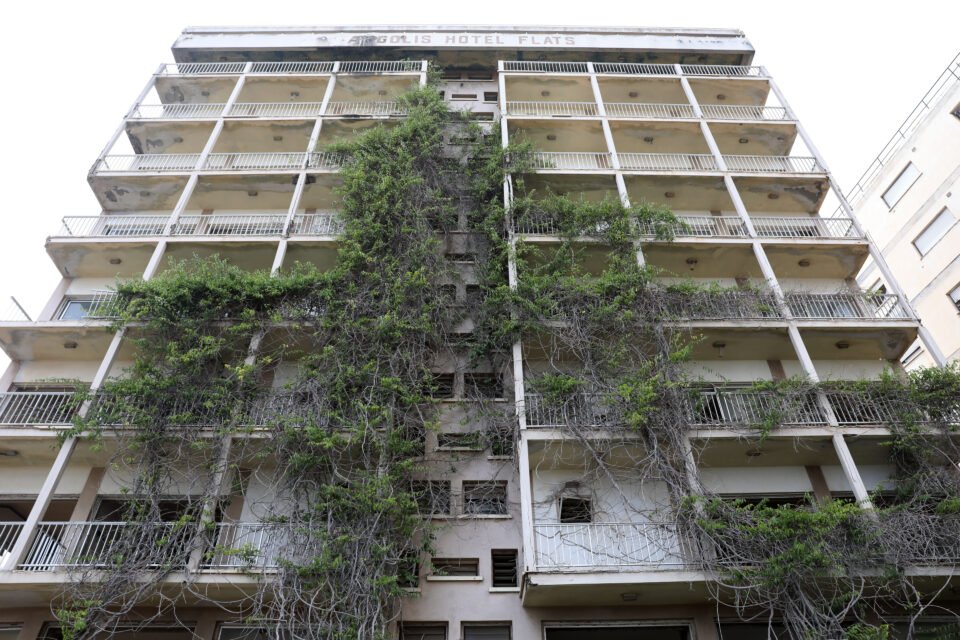 This is the second part of an article about properties in Varosha, the first of which appeared in last Sunday’s edition. The goal of this week’s contribution is to clarify the ownership claims of the Turkish Cypriot Evkaf on the real properties located within the fenced part of Famagusta.

First, an explanation of two relevant terms. Evkaf is the owner and/or the administrator of the vakifs. A vakif is a voluntary donation for a religious cause or purpose, usually in the form of real estate, which is intended to serve Muslim religious and philanthropic goals. Evkaf was founded in Cyprus in 1750 and is governed by the Turkish Cypriot administration.

In 2005, Evkaf appealed to the Turkish Cypriot Famagusta district court, claiming the ownership of a large segment of the fenced-off part of Varosha but also other large areas of land outside the fenced-off city. Evkaf’s basic argument was the allegation that during the British colonial period a plethora of real properties belonging to Evkaf were illegally detached from their rightful owner and transferred to the colonial government, the Greek Orthodox church and to various Greek Cypriot individuals, despite the explicit prohibition on the transfer of Evkaf-owned properties, other than under certain clearly defined conditions, which had not been satisfied.

Evkaf’s claim was not confined to the fenced part but extended to cover other areas adjacent to Varosha (Ayios Loucas, Kato Varossi, Derynia, Eptakomi, Ayios Memnonas and Komi Kepir). The FDC, with decisions 271/2000 and 272/2000, vindicated Evkaf. As a consequence, this ownership-related dispute became an obstacle to the smooth functioning of the Turkish Cypriot Immovable Property Commission (IPC) that had been established as a domestic remedy for Greek Cypriot property claims.

The judgement of the Famagusta court had a negative impact on the functioning of the IPC. It generated a risk of complications arising at the level of the European Court of Human Rights (ECHR), as regards the obligation to exhaust the locally available means prior to seeking redress at the level of the European court (on the basis of the rule that was set in the Demopoulos judgement of 2010).

This potential complication was addressed by the Turkish Cypriot high court. In the case of IT Ioannou & Sons Ltd (October 2019), the court resolved that the Turkish Cypriot IPC did not have the required authority to examine and assess the ownership status of the properties located in the fenced-off part of Varosha, for periods prior to July 20, 1974.

It ruled that, for the purposes of the application of the provisions of the law concerning the restitution, compensation or exchange of Greek Cypriot real properties located in the occupied areas, the IPC was under the obligation to assess the claims filed solely by reference to the conditions laid down in the law governing its operations. Specifically, in relation to judging the issue of ownership, the commission should merely ascertain whether the applicant was, in fact, the person reflected in the registers of the land registry, as of July 20, 1974 (and to verify subsequent, successions, if any).

On this basis, the court concluded that it was not necessary to go into the substance of the Turkish Cypriot Famagusta district court decision and the need to confirm or reject it was by-passed.

Thus, while this decision was a positive development from the perspective of the plaintiff, the possibility of Evkaf taking legal action against the owners of the property, with a view of reclaiming the ownership of the property that the IPC had previously acknowledged, remained an open issue. The issue of the Evkaf claims is already before the ECHR, in the case of KV Mediterranean Tours Ltd vs Turkey that was initiated on May 25, 2017 and was communicated on March 19, 2019.

The critical question, which the ECHR is called upon to answer, is whether the admission of Evkaf in the proceedings before the IPC renders the operation of the commission ineffective, particularly in view of the fact that the company seeking redress had no legal means at its disposal to challenge the right of Evkaf to participate in the process. Unfortunately, the hearing of this case is being delayed by the usual feet-dragging by Turkey but also because of the impact of the coronavirus.

In order to identify the options the Greek Cypriots have, we need to distinguish between two entirely different possible future developments. The first scenario is linked to the prospect of succeeding in solving the Cyprus problem in the near future. In such a case, the uncertainties referred to above will be automatically resolved within the framework of the mutually agreed solution. The second scenario is linked to the possible declaration of the Cyprus problem as irresolvable. In such a case, it is almost certain that the fenced-off part of Famagusta will remain under foreign occupation and the de facto authority of the Turkish Cypriot courts will be extended.

All the indicators are pointing to the non-resolution of the Cyprus problem leading in the near future to the consolidation of partition and, most likely, to some form of an indirect recognition of the administration in the northern part of Cyprus (direct trade, direct transport of people and goods etc.). Under this scenario, the permanent loss of the administration of the fenced segment of Famagusta and of all the other occupied areas, which could have been recovered under a mutually agreed arrangement, will be an inevitable consequence.

It follows that under this scenario, “the confirmation of the ownership title” (in relation to the fenced-off part of Varosha) by the IPC is of particular significance, given that it will otherwise be extremely difficult to argue before a Turkish Cypriot court that the Greek Cypriot owner has any right to be compensated for the loss of a property that a court of law had previously ruled belongs to somebody else.

The argument that appealing before the IPC would be tantamount to some form of recognition of the ‘Turkish Republic of Northern Cyprus’ and its organs is not valid because states are recognised by other recognised states and by international organisations while the state organs exercise their de facto power and they impose their de facto authority, only when there is no other recourse or remedy (which will be the case). In addition, the IPC is clearly recognised by the ECHR as an administrative organ of Turkey.

Under these circumstances, I am of the opinion that as soon as it becomes apparent that there is no prospect of attaining an agreement in the forthcoming negotiations, the Greek Cypriots should examine, in consultation with their legal advisors, the possibility of appealing before the IPC, seeking the confirmation of the ownership title they hold on their properties located in fenced-off Varosha (while reserving every other right they have). For this purpose, they must do the necessary preparatory work, locating the land registry certificates, as of July 20, 1974, and documenting the inheritance of the property, which may have subsequently ensued.

Finally, I wish to clarify that the cost of the process which was set out in my article of last Sunday, was indicative. In practice, the various approaches taken vary substantially and the fees payable are susceptible to negotiation.