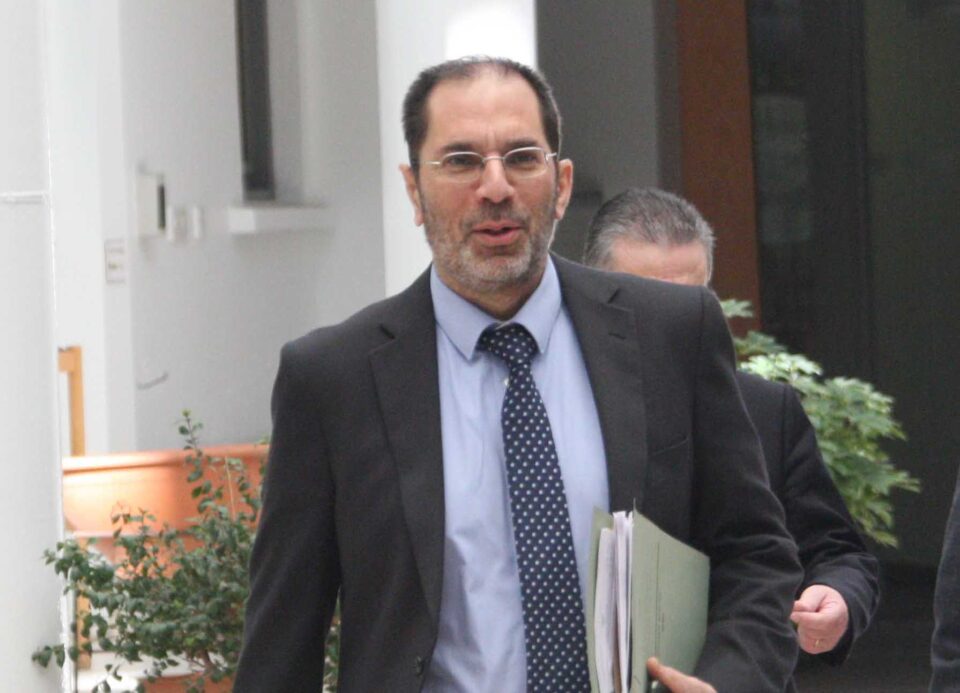 Despite His God Like Qualities, Odysseas Still Has Feelings And Is Liable To Show Small Signs Of Human Weakness

WORSHIPPERS of the cult of Odysseas should read no further. They may come across some views on their hero that they object to and issue a fatwa against me, which is the last thing I want. I can cope with abusive comments by the zealots of the cult that praise this self-promoting, modern-day Robespierre as the saviour of Kyproulla who is poised to singlehandedly deliver us from corruption, but that is far as my bravery goes.

This self-appointed corruption-buster and supreme moral force, with his mass following and personal army of social media warriors, has shown once again that as auditor-general he has the power to issue orders to the executive, overrule the attorney-general and ignore the constitutional limits to his powers. He cannot allow the constitution that merely allows him to submit an annual report to the Prez of the Rep to restrict his holy war against corruption.

Ten days ago, he issued a report on the granting of passports to executives of two companies – Melco and Wargaming – informing us that they had not invested in properties and that bogus addresses were given for their residences. These are companies that have invested hundreds of millions in Kyproulla, created hundreds if not thousands of jobs, but Robespierre had to make the point that the criteria for citizenship had not been observed to prove his incorruptibility to his disciples.

This was just a few weeks after he had agreed at a meeting with the attorney-general that he would wait for the investigative committee looking into the citizenship scheme to complete its work before making public any reports of his own.

DESPITE his God-like qualities, Odysseas still has feelings and is liable to show small signs of human weakness. He was probably hurt by the revelations at the House the previous week that indicated that he was not as incorruptible as he had been advertising.

Former interior minister Socratis Hasikos revealed how Odysseas had helped the husband of his friend, the state treasurer Rea Georgiou, protect the monopolistic status of his Cypra slaughterhouse. The incorruptible one had prevented the minister’s efforts to rent out the premises of the state-owned slaughterhouse that had closed down.

He also failed to investigate how the state treasury had ordered the vet service not to cash a 50 grand cheque, relating to a guarantee given to the state by Cypra. (Lawyer Costas Velaris on Tuesday provided an explanation for this, claiming Odysseas was indebted to Rea because she had helped him overcome a major obstacle to becoming auditor-general – his lack of accounting qualifications that is a requirement for the job).

Faced with all this information casting doubt on his holiness and incorruptibility, Robespierre released the report as a diversion, and it worked: it drew angry public responses from the government and shifted the debate away from his own failings. Apart from a supreme moral force, he is also a supreme media manipulator.

THE GOOD news is that Robespierre declared in an interview on CyBC TV on Thursday night that he had no interest in running for president, quashing rumours that Akel and Diko would back his candidacy. He had not been approached by any party, which is just as well, because if he had been, he would have a good chance of winning on an anti-corruption ticket.

Robespierre, who has done some good things as auditor-general, has autocratic tendencies and although I doubt he would have introduced the guillotine for dealing with corrupt officials, he would rule as the ‘one and only’ to the applause of his fanatical following. Ayatollah Khomeini took power in Iran on a wave of public support because he was considered incorruptible and Iranians were fed up with the corruption of the Shah’s regime, not because they wanted the establishment of a repressive Islamic Republic.

Odysseas, with his well-publicised moral superiority, has ayatollah characteristics, attracting all kinds of fanatics who attack everyone that doubts him and label them supporters of corruption. Their message is very clear – if you doubt the virtuous leader’s motives and capacity for good, you are morally inadequate and champion corruption. 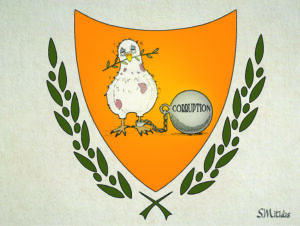 IN THE last few days more dissent is being shown with organisations such as the Chamber of Commerce, the Federation of Industrialists and Invest Cyprus accusing Robespierre of driving away investors with his antics. Apart from Melco and Wargaming, he has also been blocking the payment promised to the production company that arranged for Jiu Jitsu to be filmed in Kyproulla.

The producers of the film complained this week that they had received none of the agreed payment offered as an incentive to film in Kyproulla. The reason? Odysseas is investigating the finances because he also has expertise in film production funding. The payment should have been made six months ago, but the producers, who put the money up front, have yet to receive a cent.

THE GOVERNMENT was considering taking its dispute with Odysseas to the supreme court which would be asked to rule on whether the auditor-general is overstepping his powers and to define how far his authority goes. Probably a better idea would be to take him to a psychiatrist for an examination. His latest decision, to get the staff of the audit office to issue an announcement declaring that they and their boss are doing an impeccable job, suggests he might need help.

AND ANOTHER thing, Diko has decided that it will vote against the state budget for 2021 because the government has prevented the auditor-general from carrying out an investigation into the granting of passports as the party had been demanding. Astonishing that Diko, which has done more than any party to establish corruption in our political life, has betrayed this proud tradition to jump on the Odysseas bandwagon.

IT WAS not only Diko betraying a long tradition these days. Our leading daily Phil also betrayed a long and proud tradition the other week by publishing a brief comment that was critical of Mother Russia’s ambassador Stanislav Osadchiy, who criticised the Holy Synod’s decision on Ukraine Church in an interview with CyBC.

It described Osadchiy’s meddling in our church affairs as “truly unprecedented and diplomatically indelicate”, was not happy with his “rage against the ecumenical patriarch” or the “shadow he cast over Russia-Cyprus diplomatic ties”. It was the first time ever that Phil had published an opinion that was mildly critical of Mother Russia’s ambassador. This has never happened before, not even in the time of the Soviet Union.

What is more surprising is that the paper has only just noticed Osadchiy’s meddling, after all it has been his mode of operation for years. A lot of this meddling – on the Cyprob, our relations with the US and the EU – was exemplified in the regular interviews he gave to Phil, which never had a negative thing to say about it. So it was truly unprecedented that Phil rebuked his meddling.

STAYING on the issue of diplomacy, the University of Nicosia’s latest issue of its electronic newsletter In Depth, which focuses of ‘Cyprus Foreign Policy – the way forward’, has a ‘keynote article’ by our illustrious foreign minister, who concluded his thoughts with a perfect example of the hot air he specialises in.

“Fully cognisant of the opportunities, the limitations and the immense challenges we are faced with, but at the same (sic) encouraged by the potential that is surfacing, we shall continue walking the path of extrovert foreign policy, firmly anchored on international law.” What I would like to know is what ‘extrovert’ foreign policy involves.

Does it mean Christodoulides would behave like an extrovert at EU foreign ministers’ meetings or perhaps that only extroverts would be hired by the diplomatic service from now on?

THE ARTICLES in the newsletter written by former foreign ministers and ambassadors perfectly illustrated the thinking of the foreign ministry. Former top diplomats were all of the view that not enough money was being spent on enlightenment abroad about the Cyprob.

More diplomats had to be hired and more money given to the Public Information Office to campaign against the Turkish occupation in foreign capitals was the consensus of retired diplomats who spoke more like union bosses. You just wonder if these guys have any contact with reality.

We have been enlightening the world (many foreigners would say boring the world) with our problem for 46 years. Politicians abroad hear the word Cyprob and start yawning if they haven’t already run away to escape the familiar sermon, but our top diplomats believe the way forward is to hire more diplomats so we can bore more people abroad about a problem that does not exist for them.

Our view: The government knows only too well how to deal with corruption