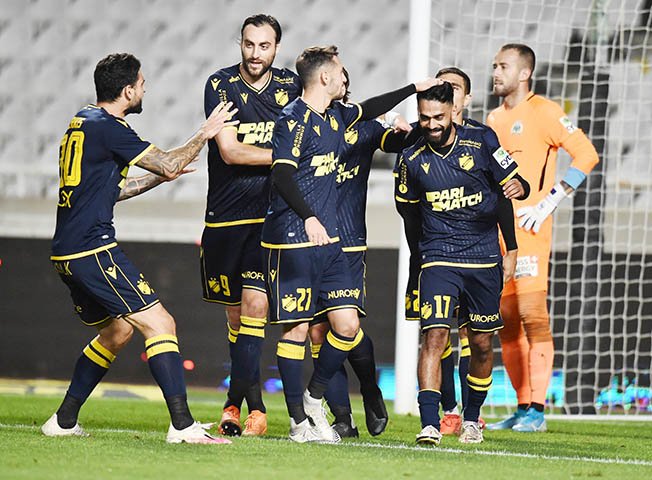 With just a single point separating the two sides, albeit with Omonia having a game in hand, tonight’s Nicosia derby (7pm) will be crucial for both clubs, especially in terms of confidence and the momentum it might generate in the coming weeks.

While Apoel are trying to recover from an undeniably poor start to the season, bringing in veteran manager Mick McCarthy in the process, Omonia are having a much more mixed campaign, with Europa League success being mixed with frustration in domestic games, particularly in recent weeks.

Statistically speaking, there are some similarities between the two sides, particularly in terms of productivity, with both Apoel (+1) and Omonia’s goal differences (+4) being off the pace at the time of the writing. For reference, AEL and Apollon have scored nearly or more than twice the goals the two Nicosia clubs have so far, while Anorthosis and AEK also have at least twice the goal difference.

Notably, neither Omonia nor Apoel feature in the top five clubs for goals scored so far. To compound this point, neither club is in the top five sides for expected goals as well, which indicate the goals a club would be expected to convert from the number and quality of chances they have created so far.

However, both clubs feature in the top five for ball possession this season, with Apoel averaging 55.3 perc ent (third highest) and Omonia 54.5 per cent (fifth highest). While having more of the ball is certainly a positive thing, combining it with the scoring and chance creation numbers for further context, it points towards a more sterile sort of possession. It has to be said, however, that Apoel have been trying to address this problem, with McCarthy trying to instill a more direct and productive style of play in recent weeks.

Looking at the scoring aspect more closely, both sides seem to have a problem at creating shooting opportunities from good positions or with fewer members of the opposition in front of the shooting player. Remember, the quality of any opportunity is determined by a number of factors, including the angle, the distance from goal, as well as how many defenders are ahead or near the player in possession.

So while Apoel have the third-most shots in the league (226) and Omonia have the fourth-highest (196), they may be allowing the opposition to be too settled in their defensive setup before taking them, or they may be attempting a vast chunk of shots from positions in which it’s difficult to score from.

The two clubs deviate more in terms of their approaches to the defensive element of the game, where Apoel are generally more proactive than Omonia when out of possession. Apoel have the second-lowest Passes Per Defensive Action figure in the league (8.61 PPDA), meaning that they try to disrupt the opposition’s buildup as quickly as possible, decreasing the number of passes of the opposition can string together before a defensive action dispossesses them.

Omonia’s passivity is further highlighted when looking at either side’s challenge intensity, meaning the number of defensive duels, tackles and interceptions per minute while the opponent has possession of the ball.

*stats referenced applicable until end of round 12