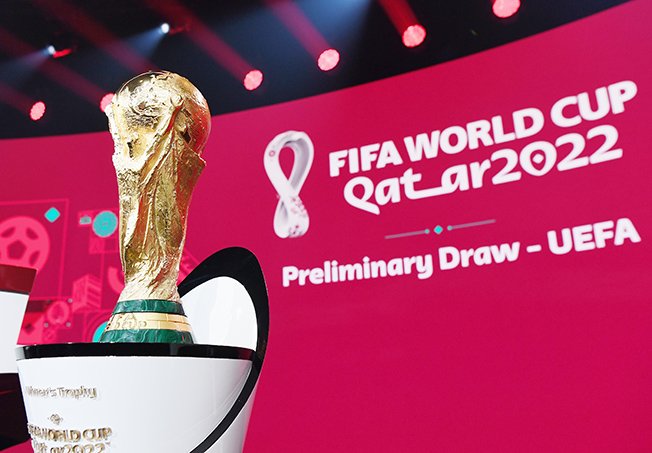 epa08868644 A handout photo made available by FIFA of the World Cup Trophy during the European qualifying draw for the FIFA World Cup Qatar 2022 in Zurich, Switzerland, 07 December 2020. EPA-EFE/Kurt Schorrer / HANDOUT HANDOUT EDITORIAL USE ONLY/NO SALES

England face familiar qualifying foes Poland on the road to the Qatar World Cup in 2022.

England and Poland also met in qualifying for the 1992 and 2000 European Championships.

Gareth Southgate’s men have also been drawn against Hungary, Albania, Andorra and San Marino in matches which will be played between March and November next year.

World champions France were handed an apparently comfortable draw when they were placed with Ukraine, Finland, Bosnia and Kazakhstan in European Group D.

The French recently beat Ukraine 7-1 in a friendly although their opponents were weakened by Covid-19 related absences.

Cyprus meanwhile have been drawn in Group H, and will face Russia, Croatia, Slovakia, Slovenia and Malta

The winners of the 10 groups qualify directly, while the 10 runners-up go into a play-off system along with two teams from the Nations League. Three of those 12 teams also qualify.