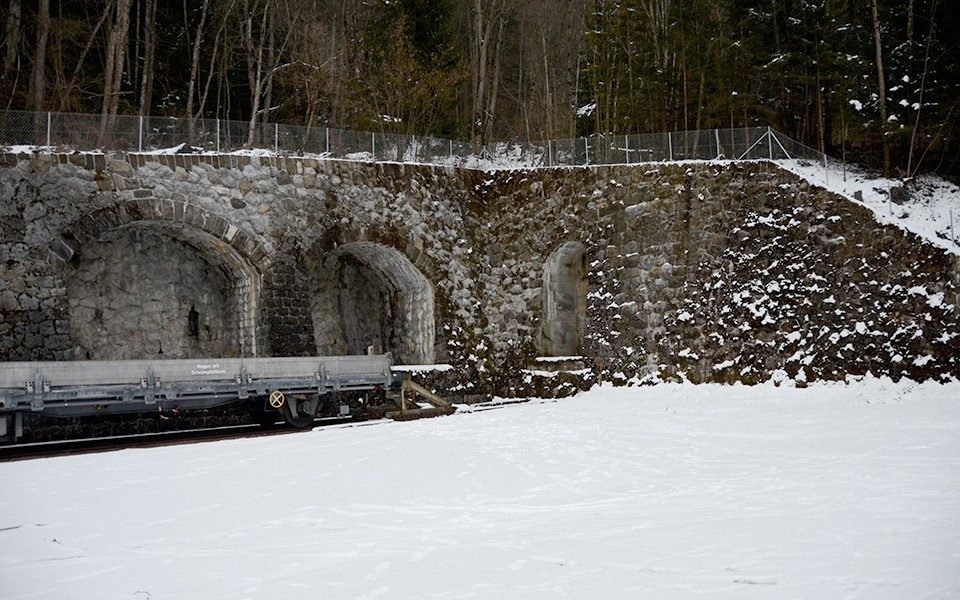 A view of tunnel entrances to the former ammunition depot in Mitholz, Switzerland, in this undated handout photo obtained by Reuters on December 7, 2020. VBS/DDPS/Handout via REUTERS

A Swiss village where a World War Two-era munitions dump exploded 73 years ago will be evacuated for about a decade while the remaining bombs are carted off, part of a $1 billion plan approved by the government on Monday.

A series of explosions near Mitholz, deep in the Swiss Alps south of Bern, began just before midnight on December 19, 1947 at an adjacent Swiss military weapons dump.

Nine people died as the shockwaves shook the valley and debris rained down on homes, destroying the town centre and its railway station.

While Mitholz was quickly rebuilt, some 3,500 tonnes of aerial bombs, mines and hand grenades remained inside the mountainside military cache.

The aging stockpile has since been declared by munitions experts as unstable, with the potential to cause another tragedy.

“Debris from rock material and, secondarily, a blast of air from an explosion would be dangerous,” the government said.

The weapons removal, costing up to 900 million Swiss francs ($1.01 billion), won’t start until 2030, but Swiss leaders on Monday outlined plans to assess Mitholz’s property values next year to compensate roughly 170 people who will be forced out.

“Mitholz residents must move away during the removal and depending on how things progress, for more than 10 years,” the government said. “The Swiss Defense Department will support those affected, in particular in preparing for their departure.”

Not all Mitholz residents are eager to pull up roots, a local government official, Matthias Schmid, told Reuters.

Some fear they may never return, while lingering uncertainty over where people will be resettled makes things more difficult.

Schmid hopes even the most reluctant can be convinced that leaving, while heartbreaking, is unavoidable to keep them safe.

“The goal is definitely that we’ll re-settle the area once the dump has been removed,” Schmid said.

“Some are sentimental. A few say they won’t go. We aim to find a good resolution, so once it is time, people will say, ‘I don’t want to leave, but I will go’.”

(Main photo: A view of tunnel entrances to the former ammunition depot in Mitholz, Switzerland, in this undated handout photo obtained by Reuters on December 7, 2020. VBS/DDPS/Handout via REUTERS)