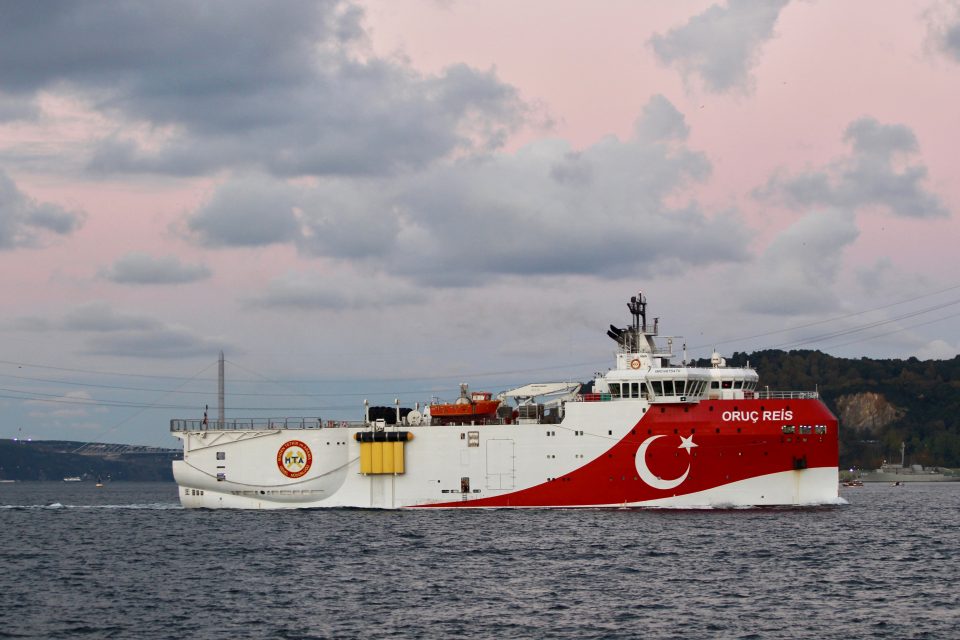 President Nicos Anastasiades departed for Brussels on Wednesday to attend an EU summit expected to impose sanctions on more Turkish nationals and companies responsible for drilling in contested waters in the Mediterranean.

If agreed, the EU will “prepare additional listings” on the basis of a sanctions list already in place since 2019 and “if need be work on the extension” of its scope, according to the draft statement.

The Council is also expected to condemn Turkish actions in Varosha.

Negotiations over the two-page statement are still ongoing and Greece and Cyprus, which accuse Turkey of drilling for hydrocarbons off its continental shelf, believe the sanctions do not go far enough, according to diplomats briefed on internal discussions.

EU leaders are considering whether to make good on a threat made in October to sanction Turkey over the drilling for hydrocarbons off the coast of Cyprus and off Greece.

Reports suggested the council is divided over the severity of the sanctions – France, Austria, among others wanting strict sanctions while Germany and Italy suggest moderation.

On Monday, EU foreign ministers said Turkey had failed to help end the row with Greece and Cyprus over potential gas resources, but they left any decision on retaliatory sanctions for the EU summit on Thursday and Friday.

The EU created a sanctions programme last year to punish unauthorised exploration in the eastern Mediterranean, freezing assets of people and companies accused of planning or participating in activities in Cyprus’ exclusive economic zone or on its continental shelf.

So far, only two senior officials of Turkey’s state-owned Turkish Petroleum Corporation (TPAO) have been put on the sanctions list, but Cyprus proposed a list of more names earlier this year.

Cyprus discovered offshore gas in 2011 but has been at loggerheads with Turkey over maritime zones around the island, where it has granted license to multinational companies for oil and gas research.

Turkey, which does not have diplomatic relations with Cyprus government after invading the island in 1974, says it is operating in waters on its own continental shelf or areas where Turkish Cypriots have rights.

According to the draft, the European Council will condemn Turkey’s decision to open part of Varosha, a town in the district of Famagusta that had been closed off and under military control since the invasion. Turkey said it planned to open and resettle the area, previously inhabited by Greek Cypriots only.

“The European Council condemned Turkish unilateral steps in Varosha” and called for full respect of UN Security Council resolutions, according to the draft.

Negotiations over the two-page statement are still ongoing and Greece and Cyprus, which accuse Turkey of drilling for hydrocarbons off its continental shelf, believe the sanctions do not go far enough.

“We welcome additional listings,” a Cypriot diplomat said. “We would like to see preparations for targeted sectoral measures at a later stage, in February or March, should Turkey’s behaviour not change,” the envoy said.

Meanwhile Turkish President Tayyip Erdogan accused the European Union on Wednesday of never acting honestly towards his country and said Ankara was not concerned by any economic sanctions the bloc might impose on it.

“The EU has never acted honestly, it has never kept its promises (towards Turkey). But… we have always been patient. We are still being patient,” Erdogan told reporters ahead of a visit to Azerbaijan,

“Any sanctions decision that can be taken against Turkey do not concern us much,” Erdogan said, adding that Greece had “run” from negotiations with Turkey despite agreeing to resume talks over their conflicting maritime claims.

Erdogan said Turkey would not “bow down to threats and blackmail”, though he also repeated his call for dialogue.

After withdrawing the Oruc Reis vessel for what it said was maintenance ahead of a previous EU summit in October, Ankara redeployed it shortly after, citing unsatisfactory results from the summit. It withdrew the vessel again last week.

The chair of EU summits, Charles Michel, has warned Turkey not to play “cat and mouse” by withdrawing ships before EU summits, only to redeploy them afterwards.

67.9% of Cyprus population in household owning own home