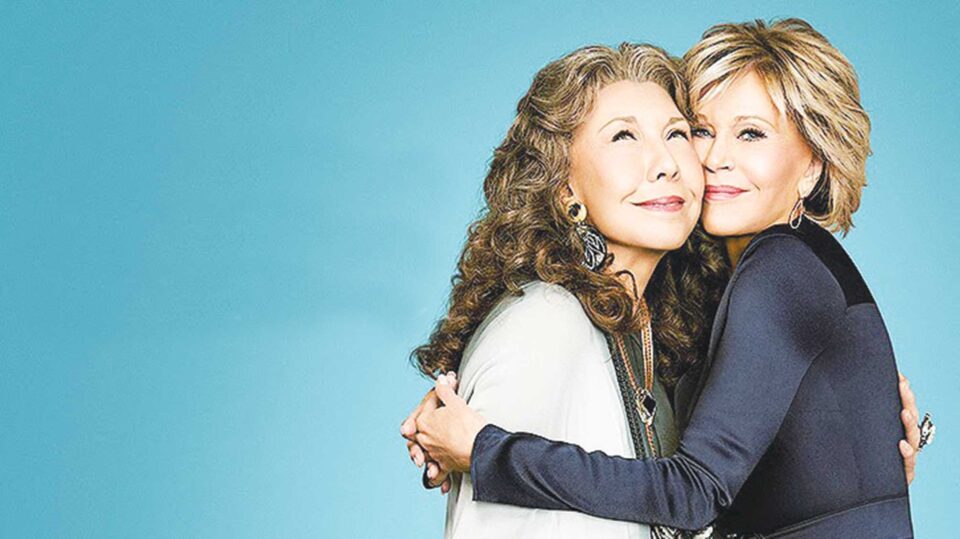 Imagine you’d been happily married for 40 years when your husband declared, out of the blue, that he was homosexual. That, in fact, he had always been gay, and had been hiding it for the entirety of your marriage…

This is exactly what happens to both Grace and Frankie, the titular characters in Netflix’s smash hit of the same name. Chalk and cheese, the two septuagenarians couldn’t be more different: Grace a control freak with the empathy of a brick; Frankie an ageing hippie whose idea of a good time involves a sharing circle and a bong. All they have in common is the fact that their husbands (business partners in a San Diego law firm) are in love with each other, are finally coming out of the closet, and will be setting up home together forthwith.

As our heroines process their emotions (Grace with painkillers and isolation, Frankie via a mushroom-fuelled vision quest) they begin to lean on and learn about each other, despite their differences. It helps that they’re forced to live together; the beach house shared by the two families becoming the bolthole for both protagonists as they rebuild their lives. But it’s not easy reconstructing one’s entire existence at the age of 75: the world has changed a great deal since the two were single, and they now have to negotiate a whole host of new challenges, including ageism, dating and Twitter!

Honest, vulnerable, and always amusing, Grace and Frankie is eminently likeable. Factor in their families, and you’ve got characters which appeal to all ages: Grace’s daughters (one driven and difficult, the other an unhappy homemaker) are wildly amusing, and Frankie’s adopted sons (one a charming doormat, the other a recovering addict) are always good for a laugh.

“There is,” Grace announces, lifting her bandaged wrist. “I’m in agony!”