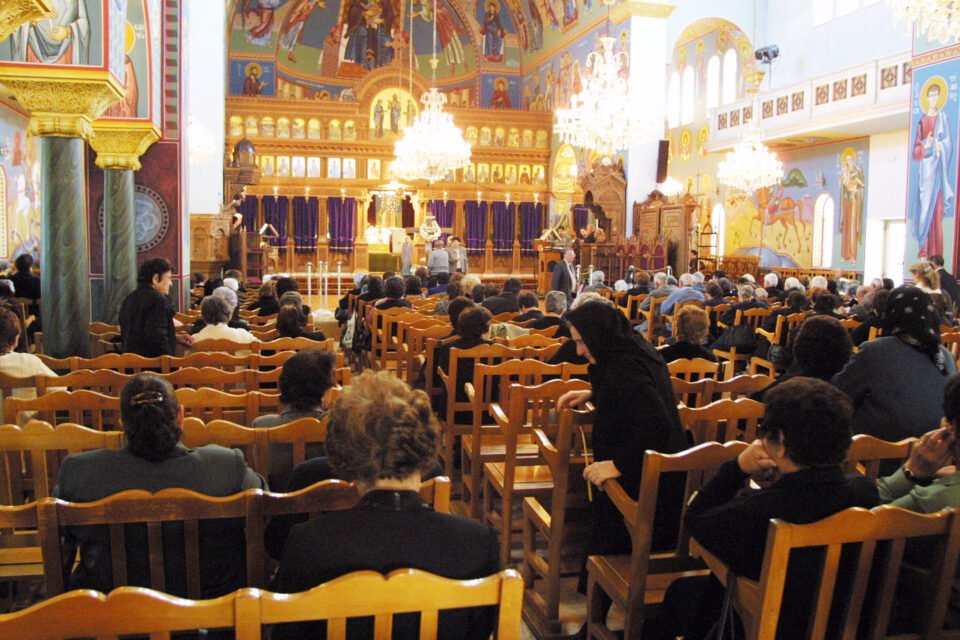 There is no place in the Church for bravado, Archbishop Chrystsotomos said on Thursday after the Bishop of Morphou’s refusal to prohibit people from going to services, in defiance of the measures on coronavirus that take effect on Friday.

The Archbishop said the Holy Synod would convene next week to discuss the new measures, and called on the government to reconsider the ban to worshippers from attending the services.

His comments were made a day after new measures were announced whereby church services and other religious ceremonies are to be carried out without the presence of a congregation until the end of the year.

The Archbishop said they would ask the government to reconsider, but that, for now, bishops and the faithful ought to observe all measures announced by the state.

“We are strict, and will continue like that because this is the only way to be rid of the coronavirus,” the Archbishop told state broadcater CyBC.

He said that, if people are allowed back in the churches, they would continue to follow the four-square-metres-per-person rule, priests will be ordered to very strict and not allow anyone in without a mask,while they could arrange for two services in churches to avoid crowds.

“The effort will be to serve our flock, and I believe we will convince the government and we will have people in churches on Christmas,” he said.

Bishops, however, have not shown the same understanding, with that of Morphou, Neophytos, saying the churches under his bishopric would stay open and services will be held as planned.

On the refusal by the Morphou Bishop to adhere to the measures, the Archbishp said, “there is no place in the Church for bravado.”

“We are not above the government and there is no need to fight,” he said.

“The church has had its own sacred tradition and its own laws and sacred rules for two thousand years to ensure and maintain the psychosomatic health of the faithful,” he commented.

He also referred to the “ancient legal custom of the immunity of the sacred temples, the places of worship of God, which cannot become places of policing of the faithful, at a time when this sanctity and immunity has been respected throughout the centuries by non-Christians, non-religious people and conquerors.”

Other bishops too struck out against new coronavirus measures on Thursday with the bishop of Paphos, Giorgios, calling them excessive. He called on the government to review the latest decree on church services, saying he understands the psychology of people.

The bishop called the measures excessive, saying people are religious and want to go to church during the days of Christmas.

“We have made preparations for two or three services to be held on the main days of Christmas, so that as many people as possible could attend church according to the measures in place. Now they came and turned everything upside down,” he said.

He pointed out he will not call on the people to violate the measures, but on the government to reconsider, adding people have already been deprived of Easter.

It is not in churches where people violate the measures, but elsewhere, where persons interact more with others, he noted.

The new decrees come into effect at 6am on Friday.