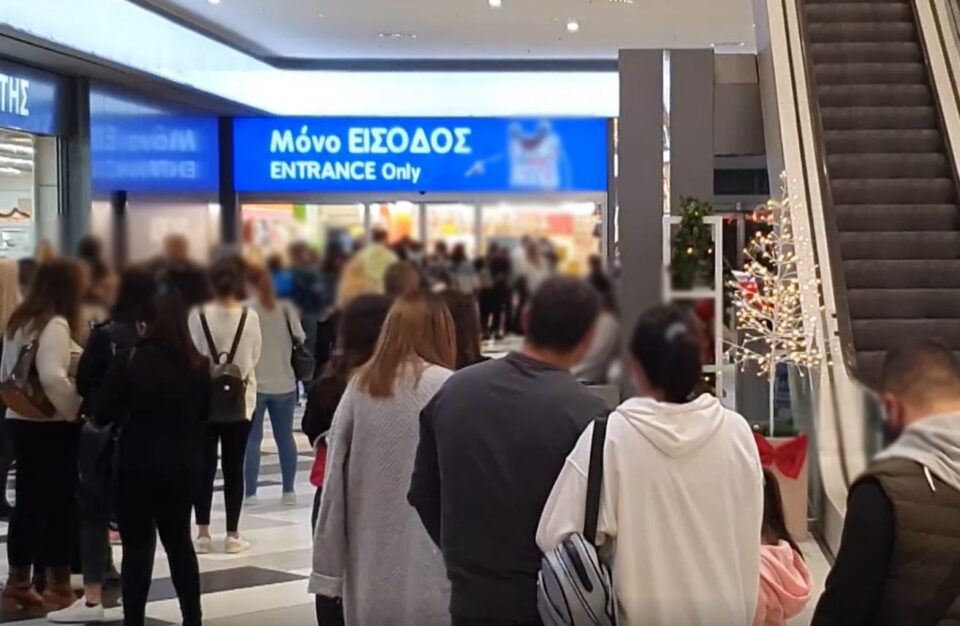 Thousands of Christmas shoppers descended on Paphos Mall on Thursday, keen to get their shopping done on the last day open before malls close in line with the latest government decree – one of a series of measures in force from December 11 to December 31 aimed at curbing the spread of coronavirus.

Social media was flooded by photographs of long queues forming inside the mall, amid some complaints of overcrowding in some areas and a lack of social distancing.

However, the manager of the facility assured the Cyprus Mail that all the necessary protocols are being followed.

“The mall is very busy, and we are at our limit which is 3,000 people, within the government’s rules. Mostly we are seeing queues as families rush to buy presents for their kids. This is the main reason that people are complaining about a lot of people in a small space, but the area the queue is in is spacious, and the rules are being followed,” he said at around midday on Thursday.

Security staff are also on hand asking customers to follow instructions and keep a specific distance, he added.

One mother explained that she was due to do all of her Christmas shopping for her family this Saturday and was horrified when the closure of the mall was announced.

“Presents for the rest of the family can wait until January, the main thing is that we can be together, but my daughter has had a difficult year and had her heart set on a doll, so I was determined to get it for her. I queued outside and then inside. It all took about three hours. But I got it for her,” she said.

Many shoppers in the store were pushing around trolleys full of toys, sweets and other items and leaving laden down with a large number of bags, she said.

“People are desperate to buy their Christmas presents as many usually leave it until the week before Christmas, or a couple of days before. There are long queues. We are really busy too,” one of the store managers told the Cyprus Mail.

In her store, staff are ensuring only a few shoppers enter at a time and are spaced out inside. Although the manager understands that there is a virus and that measures are needed, she said times are hard for shops, especially those that have season specific stock.

Although her store has branches in all towns outside the island malls, some staff will not be needed and will have to go home until shops re-open.

“I really feel for them and also, we will be able to transfer some of our stock to other shops, although we had lots of Christmas stock that we expected to sell. It’s hard to sell them.”

If malls are permitted to re-open in January, many goods will have to be discounted, in order to drive sales, she said.