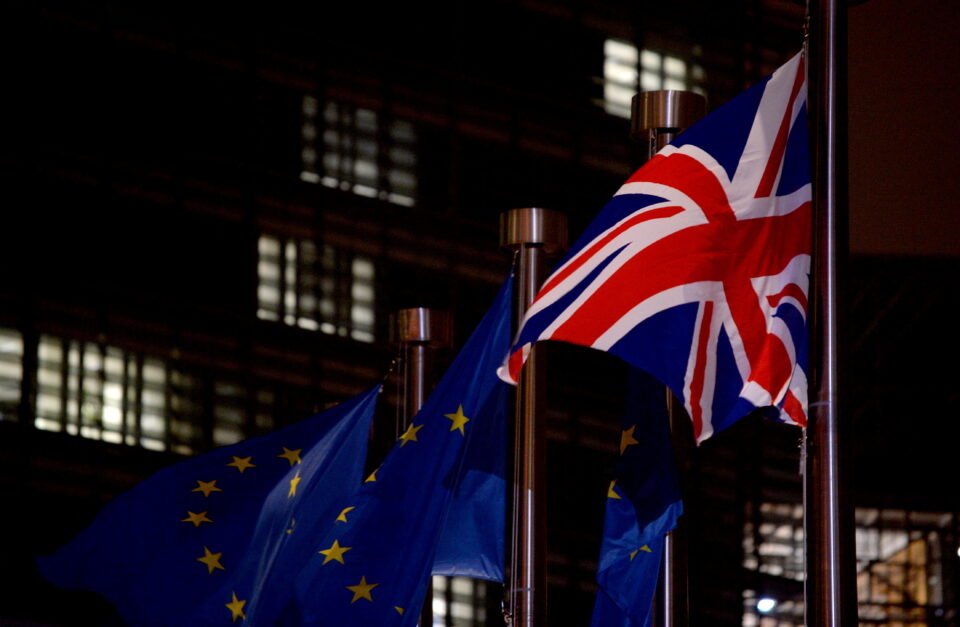 British Prime Minister Boris Johnson and the European Union’s chief executive gave themselves until the end of the weekend to seal a new trade pact after failing to overcome persistent rifts over a “frank” and “lively” dinner of turbot on Wednesday.

Following Brexit, Britain drops out of the EU’s trading orbit in three weeks. Failure to agree new rules to govern everything from trade to energy ties would snarl borders, shock financial markets and sow chaos through supply chains in a world already grappling with the economic cost of COVID-19.

“We agreed that the (negotiating) teams should immediately reconvene to try to resolve these essential issues,” European Commission President Ursula von der Leyen said after the dinner, which she described as “lively and interesting”.

“We will come to a decision by the end of the weekend,” she said, adding that EU and UK positions remained “far apart”.

With fears running high of a chaotic no-deal finale to the five-year Brexit crisis, a senior UK government source said the leaders’ discussion in Brussels was “frank”.

“Very large gaps remain between the two sides and it is still unclear whether these can be bridged,” said the person, who spoke on condition of anonymity.

They added Johnson did not “want to leave any route to a possible deal untested” after the premier earlier in the day warned the EU to budge or brace for the most-damaging split on Dec. 31 as Britain completes its transition out of the bloc.

The estranged allies are bitterly at odds over fisheries, a topic politically sensitive for France, agreeing ways to settle future trade disputes and protecting against price dumping from lower production standards.

Around $1 trillion in annual trade – currently free from tariffs and quotas – is at stake if there is no agreement.

Johnson said earlier on Wednesday that Brussels wanted Britain to comply with new EU laws in the future or be automatically punished, and that the bloc was insisting London give up sovereign control over UK fishing waters.

“I don’t believe that those are terms that any prime minister of this country should accept,” he told the British parliament, to cheers from lawmakers in his Conservative Party.

He said “a good deal” could still be done if the EU scrapped its demands, but that Britain would prosper with or without a trade deal with the 27-country bloc.

But German Chancellor Angela Merkel, the EU’s most powerful leader, told the Bundestag lower house of parliament earlier in the day the EU would not risk the integrity of its single market of 450 million consumers to accommodate Britain.

“We must have a level playing field, not just for today but for tomorrow and beyond … Otherwise, unfair competition conditions arise to which we cannot subject our companies,” she said of the so-called “ratchet clause” through which the EU is seeking to commit Britain to upgrade in sync labour, social and environmental standards, as well as state aid rules for corporate state subsidies.

“This is the really big question,” Merkel said, adding she believed an agreement was still possible.

As Johnson arrived in the cruciform Commission headquarters, von der Leyen told him to keep a distance as he was taking his face mask off to pose for a joint picture.

“Allons-y,” von der Leyen then gestured to Johnson, inviting him into meeting with their chief Brexit negotiators.

With a deal still elusive after months of tortuous talks and many missed deadlines, the EU complains that Johnson has taken Britain out of the bloc but wants to maintain membership benefits in an unrealistic bid to “have the cake and eat it”.

Brexit negotiations were expected to resume on Thursday as the 27 national EU leaders convene separately in Brussels to agree on more ambitious plans to fight climate change.

They also hope to overcome Poland and Hungary’s blocking of the EU’s next seven-year budget, worth 1.8 trillion euros, and a linked new fund to help economies recover from the deep economic recession brought by the coronavirus pandemic.

At the same time, the bloc will be stepping up contingency preparations for any failure of the Brexit talks.

Buy the house you can’t afford, buy the car you can