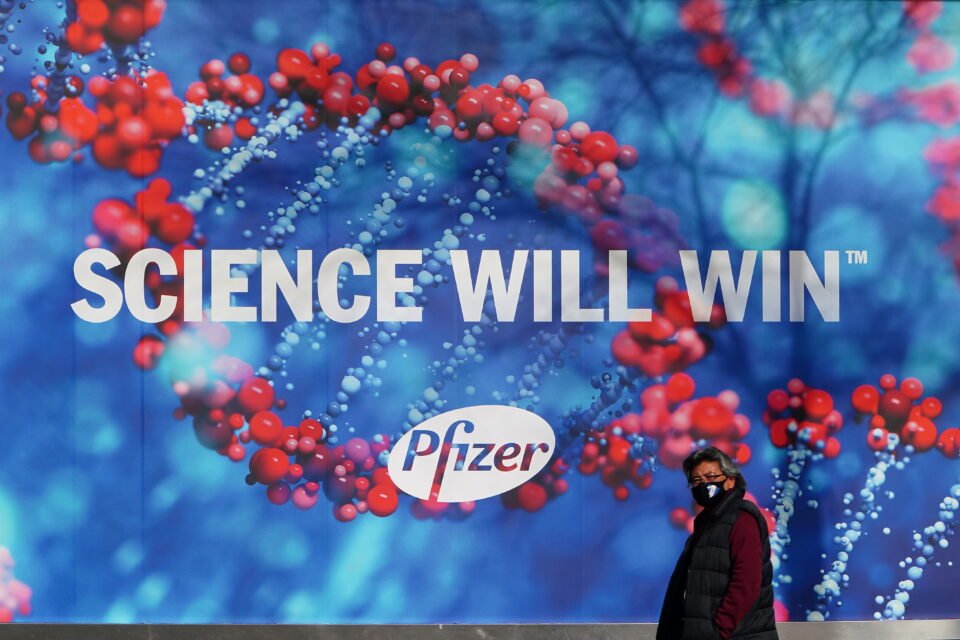 Britain’s medicines regulator has advised people with a history of significant allergies not to get the Pfizer-BioNTech COVID-19 vaccine after two people reported adverse reactions on the first day of its rollout in the UK.

Here are some questions and answers about the cases and what they might mean.

UK officials said there have been two reports of anaphylaxis and one report of a possible allergic reaction since rollout began. Anaphylaxis can cause throat swelling, breathing trouble and difficulty swallowing, according to the American Academy of Allergy, Asthma & Immunology. Anaphylaxis is an overreaction of the body’s immune system, which the UK National Health Service describes as severe and sometimes life-threatening.

WHO SHOULD NOT GET THE VACCINE, ACCORDING TO UK REGULATORS?

British regulators initially responded by saying anyone with a history of a significant allergic reaction to a vaccine, medicine or food should not take the shot. An adviser to the group later said it was “tweaking” advice in part to say a food allergy was not a risk.

Late on Wednesday, the UK regulator said anyone with a history of anaphylaxis to a vaccine, medicine or food should not get the vaccine.

Pfizer had excluded people with a history of significant adverse reaction to vaccines or its vaccine’s ingredients from late-stage trials.

HOW DOES THIS AFFECT PROSPECTS FOR U.S. AUTHORIZATION?

U.S. regulators are expected to consider emergency authorization of the Pfizer vaccine soon after a Thursday meeting of advisers.

Moncef Slaoui, who is spearheading the U.S. government’s vaccine development efforts, said on Wednesday he expected the British allergic reactions would be considered in the U.S. authorization process and that people with known severe allergic reactions probably should not take the vaccine until more was understood.

WHAT DO DOCTORS SAY?

Some praised UK regulators’ caution, while others said broad restrictions were not warranted by available evidence.

“For the general population, this does not mean that they would need to be anxious about receiving the vaccination,” said Stephen Evans, a professor of pharmacoepidemiology at the London School of Hygiene & Tropical Medicine.

Mayo Clinic virologist Gregory Poland, who has advised U.S. regulators, described Britain’s early reaction as “overdoing it,” pointing to the initial response about food allergies, which he said “have nothing to do with this.”

would have said, ‘If you’ve had anaphylactic-level reactions to vaccines, we want to know about that so we take extra care,'” he said. “That doesn’t mean I wouldn’t immunize you. But I would do it in a more controlled setting.”

Peter Openshaw, a professor of experimental medicine at Imperial College London, praised the way the reactions had been handled. “The fact that we know so soon about these two allergic reactions and that the regulator has acted on this to issue precautionary advice shows that the monitoring system is working well,” he said.

Mitchell Grayson, director of the division of allergy and immunology at Nationwide Children’s Hospital in Ohio, voiced concern over how the issue might reduce interest in vaccinations. “I’m worried the whole event will cause millions of people to choose not to get vaccinated because of what they heard,” he said.

HOW COMMON ARE SEVERE OR SIGNIFICANT ALLERGIES?

“In the UK in 2012 there were around seven hospital admissions per 100,000 people for severe allergies. This included different triggers such as foods, drugs and insect stings,” said Louisa James, a expert in immunology at Queen Mary University of London. Fatalities remain very rare and have not increased even as hospital admissions have risen in many countries.