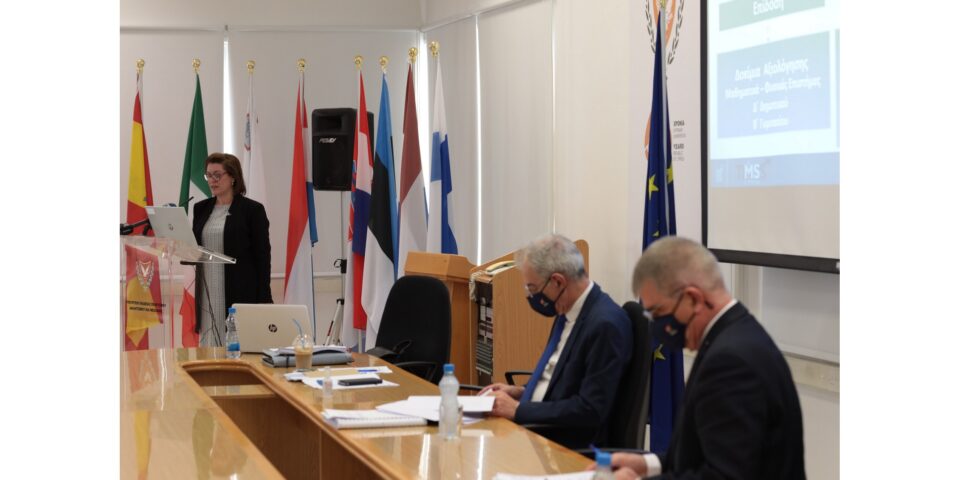 Education Minister Prodromos Prodromou, at a press conference to present the results of the Trends in International Mathematics and Science Study (TIMSS)

Education minister Prodromos Prodromou has welcomed the improved performance of Cypriot pupils in an international assessment of mathematics and science in education.

“We are pleased, because the scores of our pupils in the fourth grade of elementary school, and the second grade of high school, are very good,” Prodromou said during a news conference he called specifically to present the results of the Trends in International Mathematics and Science Study (TIMSS) for 2019.

“These are excellent results that fill us with optimism, given that in the past we watched with concern as children from Cyprus were lagging behind in international comparisons. It’s encouraging to now see Cypriot pupils having the same performance as children from countries like Finland or Belgium.”

TIMSS is the longest running, large scale international assessment of mathematics and science education in the world. It is the flagship study of the IEA (International Association for the Evaluation of Educational Achievement).

More than 580,000 students in 64 countries and 8 benchmarking systems around the world participated in TIMSS 2019, with half of the countries transitioning to computer-based assessment.

According to the assessment, the average performance score of Cyprus in the fourth grade of elementary school was 532 in mathematics and 511 in the sciences. It was the first time that Cypriot students scored above the 500 mark in the sciences.

In the sciences, the mean score for Cypriot children was 511 in the latest TIMSS survey – a considerable improvement on the 450 score, registered back in 1995.

“These results…demonstrate the positive impact of the current administration’s reforms,” Prodromou said.

“For years now reforms and changes are being promoted in the field of education, and it appears they are starting to bear fruit. It would be good for those who question or oppose the reforms to take a look at these results.”

Our View: Pandemic has given governments licence to be economically reckless