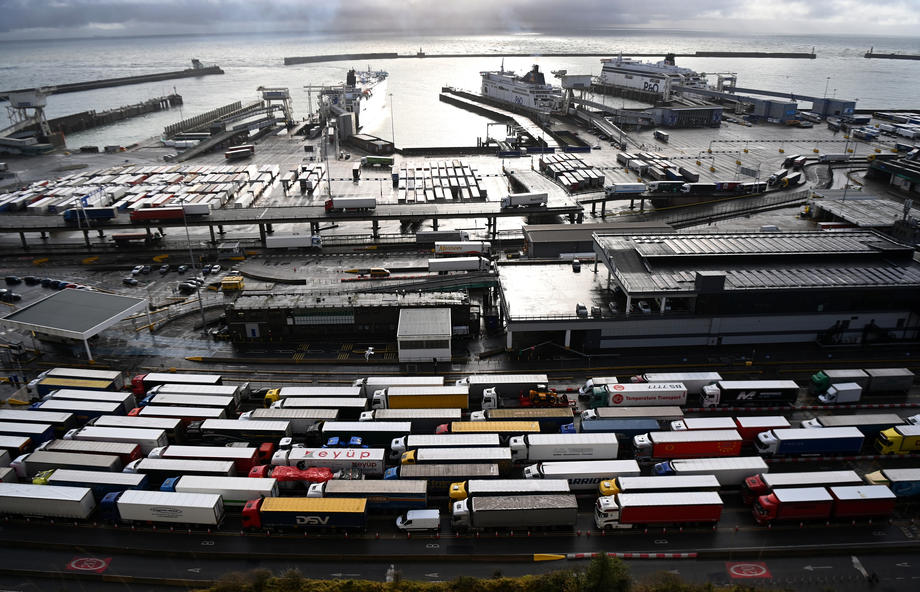 Freight trucks queue up to board ferries at Dover Port

Britain will fast track the movement of some perishable goods when its Brexit transition period with the European Union ends on Dec. 31 as part of efforts to deal with expected disruption at British ports, the BBC reported on Saturday.

The British government has warned that even with a trade deal with the EU, 7,000 trucks heading for Channel ports in south-east England could be held in 100-km (62-mile) queues if companies do not prepare the extra paperwork required.

The issue was discussed on Friday at a meeting of the Kent Resilience Forum of emergency services, officials and businesses.

The BBC said a presentation it has seen identified room to fast track between 70 and 100 lorries a day of perishable foods.

It said the focus will be on live and fresh sea food, often transported from Scotland to French restaurants, and also day old chickens.

It said no other commodities have been added to the list, which has worried other food exporters.

The BBC added that elements of the system are being tested this weekend.

Trucks heading towards the English port of Dover were stacked up for miles on Thursday and Friday.

Winners announced for the 2019 Hearts of Gold Cyprus Awards