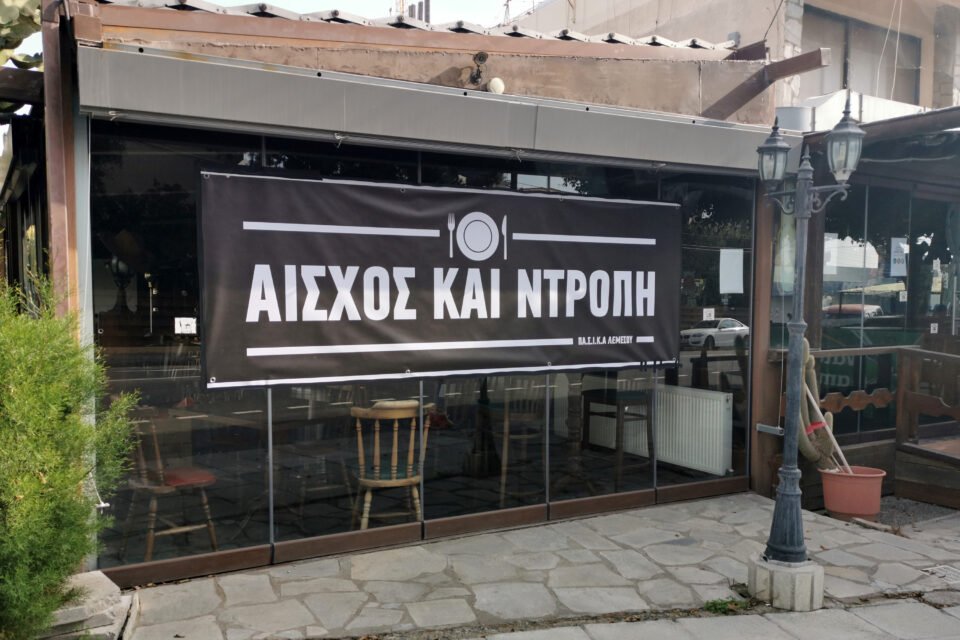 Members of Limassol’s hospitality sector on Saturday hung black banners reading ‘Shame and Disgust’ to protest government restrictions put in force on Friday in a bid to stop the spread of the coronavirus.

The head of the district association, Kypros Kyprianou, said it was one of the few ways with which they could express their displeasure.

“From the moment protests are banned, as responsible individuals we avoided taking to the streets,” he said. “We don’t want to hurt the government or the people, we are asking for support to be able to take something home this Christmas.”

The government has shut down the hospitality sector as it struggles to control the second wave of the coronavirus. Restaurants and other establishments can do take away and delivery services are permitted beyond the 9pm curfew.

Kyprianou said the sector has been on the frontline from the start of the pandemic but instead of “ammunition, the state has given us water pistols.”

The situation was desperate, especially in Limassol and Paphos, which had been partially locked down in November, he said.

Kyprianou also criticised the government for being late in paying their staff, as part of various schemes designed to keep unemployment in check.

“While its December 12 today, staff working for some colleagues received the allowance for last month while many others have not received anything yet.”