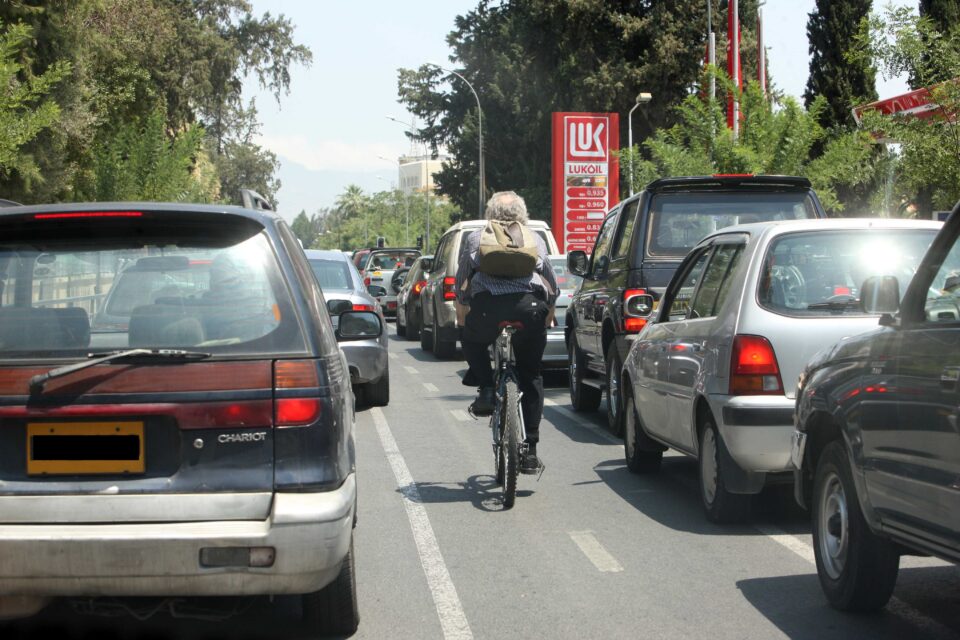 Gridlock On A Typical Day In Nicosia

After two failed attempts, is it third time lucky?

Traffic in Nicosia is set to undergo a radical change in the next few years, as the government and the municipality are determined to dramatically improve the capital’s public transport service in an effort to relieve the congestion that has plagued motorists for years.

Transport Minister Yiannis Karousos has already instructed researchers to complete a study within the first half of 2021, which will primarily focus on redesigning bus lanes in Nicosia and on easing gridlock during rush hours.

The government said it has set the creation of new bus lanes, along with the update of existing ones, as an absolute priority.

“We are currently in the process of renewing our mobility plan for Nicosia,” Transport Minister Yiannis Karousos told the Cyprus Mail.

“The first six to ten months of 2021 will be dedicated to completing a study aimed at improving circulation in the capital’s greater area, focusing particularly on creating new bus lanes.”

This is the third government plan regarding traffic improvement in Nicosia. The first two plans, in 2000 and 2010, were implemented only to a limited extent and had no tangible effect on traffic circulation.

Karousos said that the government will soon announce the name of the experts in charge of working on the project, which he believes will change the face of Nicosia

The aim is to boost the use of public transport, especially buses, thanks to a complete overhaul of the bus lanes and a general refurbishment of bus stops within the city.

“What we are trying to achieve is to make journeys by bus shorter than the ones using the car,” Karousos said.

“This has a double goal. In addition to improving the town’s public transport and creating an alternative to the use of cars, it will make Nicosia greener and more attractive for both its inhabitants and for tourists. Nicosia has to become the type of a city that supports sustainable and efficient public transportation.”

To this end the ministry has identified a long list of roads in the capital that will become one-way in order to make space for the creation of bus lanes.

Karousos added that the main reason why Nicosia has almost no bus lanes so far is to be attributed more to politics than economics, namely the time it takes to get regulations and relevant legislation through parliament.

“However, the time is now ripe to start pushing for bus lanes consistently. Less reliance on cars is the ultimate goal of the plan and it has to start with the creation of bus lanes,” he said.

Karousos added that the bus plan will also lay the groundwork for a future plan involving the introduction of a tram system in the capital.

“We need to change the way people think about transport. Cars are by far the most popular means of transport at the moment, which is why we as government are pushing for a change, not just with buses, but also with trams, bicycles and electric scooters, all smarter and more sustainable than cars.”

The research project will have a total cost of €700,000 and is expected to be completed by 2023. Eighty-five per cent of the cost, however, will be covered by the EU.

As part of the new mobility plan the government will also carry out a separate study focused on people’s working hours in Nicosia.

The aim of the study is to understand whether different working hours, especially for those working in the public sector, would affect people’s routines in the way they get to work and whether an improved public transport system would make them rely more on buses than on their cars.

Leaders Tottenham and Liverpool held by Palace and Fulham