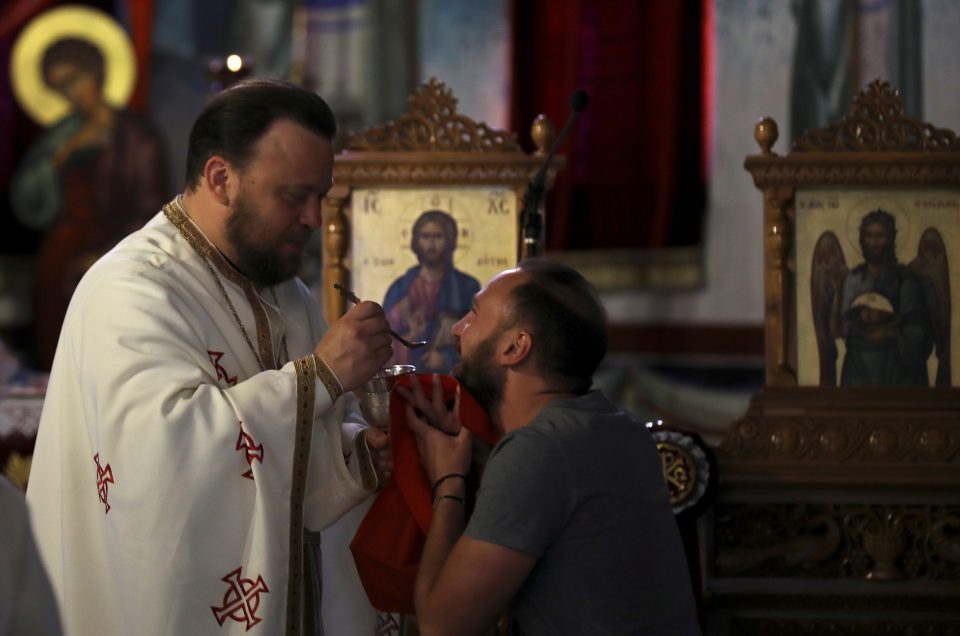 The church and its adherence to health protocols has since the beginning of the pandemic been major concern for many, particularly as concerns the practice of holy communion given to all from the same spoon – which the church insists is not a method of transmitting the novel coronavirus.

“The decision to close the churches and deny the faithful holy communion, only the enemies of Christ and the church… are happy with,” he said in a written statement.

“However, the pious Christians, who are the vast majority of our people, are saddened and pained,” he said.

His statements came as 12 worshippers and two priests were charged by the police on Sunday for defying the government’s decrees and attending services.

The incidents concerned three churches under the Morphou diocese, those in Astromeritis, Akaki and Skouriotissa. The priests from the first two were also charged as was a person in the latter thought to be responsible for the church.

The bishop said he recognises the great challenges and threats posed by the virus but that the blanket closure of churches is a step too far.

He referenced Tuesday’s scheduled holy synod meeting which is to convene and discuss the situation and, as he put it, “will find a compromise which we will propose to the government”.

Church attendance and the issue of holy communion has been a sensitive topic, championed in particular by the outspoken Bishop of Morphou Neophytous – who last week called on people to attend services as usual.

The Archbishop, meanwhile, has struck a more conciliatory note.

He said they would ask the government to reconsider, but that, for now, bishops and the faithful ought to observe all measures announced by the state.