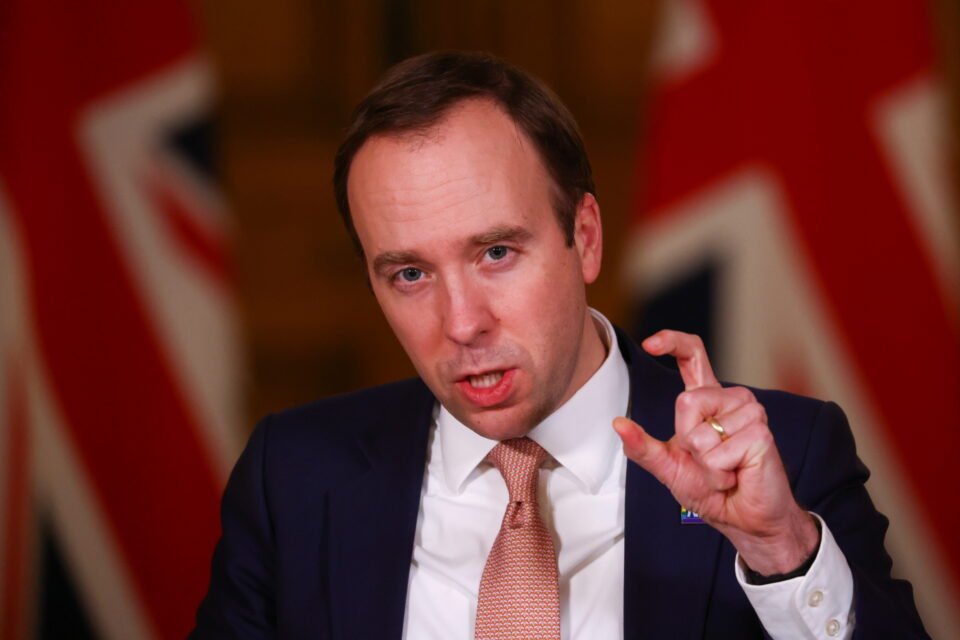 London will move into England’s highest tier of Covid-19 restrictions, the government said on Monday, citing an exponential rise in infection rates as one of the world’s richest cities struggles to contain the disease.

Health Secretary Matt Hancock also said more than 1,000 cases of a new variant of the coronavirus had been identified, mainly in southeast England where the variant may be associated with a rapid rise in infection levels.

“Over the last week, we’ve seen very sharp, exponential rises in the virus across London, Kent, parts of Essex and Hertfordshire,” Hancock told the House of Commons in a statement, referring to counties near London.

“We do not know the extent to which this is because of the new variant, but no matter its cause, we have to take swift and decisive action,” he said, announcing that the entire capital and some neighbouring areas would go into “High Alert” level.

Earlier this month, the government implemented a three-tiered system of restrictions in England to try to keep a second wave of the virus under control after a month-long national lockdown. More than 40% of citizens were placed in the highest risk category.

However London, whose 9 million people and world-leading financial centre make it the engine of the British economy, is currently only in the second highest tier of restrictions.

The tougher Tier 3 restrictions will come into force in the capital from 0001 GMT on Wednesday.

The main difference between the top two tiers is that bars and restaurants, which can stay open under certain conditions in Tier 2, must close their doors in Tier 3 and can only operate takeaway services.

There are also additional restrictions on socialising, but workplaces and schools are told to remain open.

“Moving into Tier 3 before Christmas will be deeply disappointing for Londoners, and a terrible blow to the capital’s hospitality, leisure and cultural sectors,” said John Dickie, Director of Strategy and Policy at business campaign group London First.

London was one of the first parts of the country to be hit by the coronavirus during the initial peak between March and May, but until recently a second wave has been more concentrated in northern and central England.

Data published last week showed case rates per 100,000 people in London stood at 191.8, putting the city ahead of regions that have stricter rules in place, such as the West Midlands.

Based on that data, the government raised concerns about the spread of the virus in London schools and announced a programme of mass testing. Two London boroughs, Greenwich and Islington, have unilaterally decided to close their schools altogether.

On the issue of the new variant, Hancock said there was currently nothing to suggest that it was likely to cause more serious disease or that it would not respond to a vaccine.