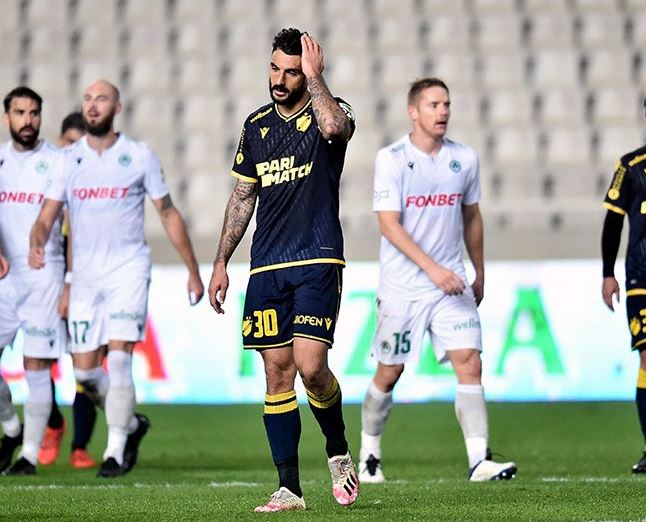 The threat of multiple match cancellations is firmly on the table in the Cypriot first division with several clubs being plagued by positive Covid-19 cases in the past few days.

We last reported on Apoel’s increasing number of cases, with the club first reporting a single case, which quickly swelled to 18 within the club’s football department.

The timing of the first announcement, just a day after the derby against fellow Nicosia club Omonia, sparked a plethora of conspiracy theories, including suggestions that Apoel were aware that some of their players had tested positive before the game and withheld that information from both the Cyprus Football Association (CFA) and the public.

Of course, the above allegation remains completely unsubstantiated, with no evidence or people officially backing this theory.

This has not stopped Omonia from proceeding with a formal letter sent to both the Ministry of Health and the CFA, accusing Apoel of violating Covid-19 protocols and requesting that an official investigation takes place so that the matter is resolved.

Omonia are alleging that Apoel’s purported stance endangered their players and that it aimed to “hinder Omonia’s league campaign” by making a number of players unavailable to manager Henning Berg.

Since then, the CFA has verified reception of the letter sent by Omonia, confirming that they will conduct an official investigation into the allegations made by the club.

“The Cyprus Football Association has received a letter by Omonia Nicosia in which it is alleged that Apoel Nicosia violated the CFA’s health and safety protocol before and after the game between the two clubs which took place on Monday, December 7, 2020 for the 13th round of the Cyta Football Championship”, the statement said.

“The CFA has decided that it will investigate the matter and that Chief Disciplinary Prosecutor Stelios Nikolaou has been appointed as the primary investigator of the case”, the CFA’s statement added, before confirming that the investigation will begin immediately.

Following Omonia’s letter, Apoel have firmly rebuked the allegation, with the club’s Head of Communications Nektarios Petevinos taking to Twitter to voice the club’s refutation of Omonia’s version of the events.

“Of course, allegations without the necessary evidence to back them up are a beloved sport in Cyprus. So too is the adoption of hearsay as fact”, Petevinos’ tweet said.

Since the game between the two sides, Omonia have announced that they have a total of three positive Covid-19 cases, including defensive mainstay Michael Luftner.

“At the moment, we are all just waiting to see what happens. Things are difficult in regards to the pandemic and we hope to see an improvement and some good news over the next few days”, Demetriou said.

“We are waiting for an official update. We are preparing for the next game against Apoel without knowing whether it will happen or not”, he added.

Olympiakos Nicosia chairman Nikos Tornaritis said that the club has players showing symptoms and suffering from heavy fever while being confirmed negative after their latest round of testing.

“A key player of our club which tested negative on Saturday has been suffering from shivers, sleeplessness, headaches and high fever, and is now being monitored by the club’s doctor Evagoras Laouris”, the Olympiakos chairman said in an official statement.

“Moreover, a second footballer whose test was also negative on Saturday is exhibiting symptoms and is suffering from fever today”, Tornaritis added.

“The situation is out of control. Tests may come back as negative but you can still have it. No one knows exactly how this virus can behave. We need everyone to take this seriously”, he concluded.

Olympiakos’ game away at AEL Limassol was cancelled on Saturday following the news of positive cases at the club earlier during the day.

According to the Cyprus News Agency, the CFA are not considering a league-wide break to the season nor alterations to its coronavirus guidelines.

However, the CFA will reportedly be looking into the rescheduling of all of the postponed matches, with the association focused on facilitating the playing of every cancelled game without violating any of the health-related protocols already put in place.

Apoel and Olympiakos Nicosia have more than four positive cases at the time of writing, the number of concurrent cases which automatically triggers a cancellation, while Omonia have three confirmed cases.

On the pitch over the weekend, Apollon climbed back to the top of the table after their win away at Doxa, while AEK rose to fourth after beating Salamina at home.

In Larnaca, Anorthosis failed to beat Ermis Aradippou, with the game ending in a 1-1 draw.

Enosis and Ethnikos Achnas took a point each as neither team managed to grab a goal.

The final game of the round takes place on Monday night (7pm), with Omonia hosting Pafos FC.

Coronavirus: Sewerage being studied to warn of coming Covid spikes