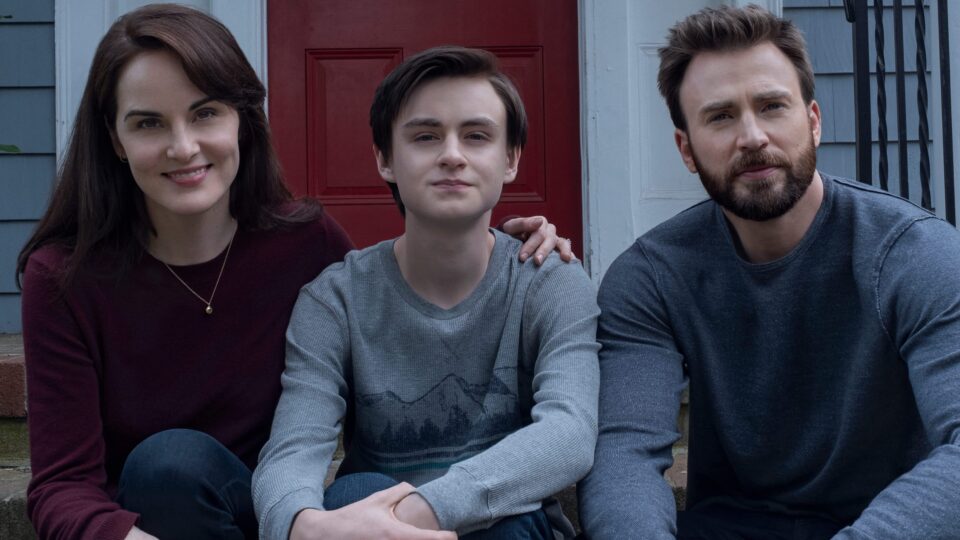 The rise and popularity of true crime shows has been attributed to a variety of factors, including the exploration of humanity’s darkest inclinations from a position of safety, a morbid curiosity present in the minds of many people, the subconscious relief at being neither the victim nor the victimiser.

Though Apple TV original mini series Defending Jacob is not a true crime show, with the series being adapted from a William Landay novel of the same name, it certainly has the feel of one, particularly in terms of its pacing and structure. Revolving around a young boy accused of murdering his classmate and the ramifications on the accused boy’s father and mother, Defending Jacob is a slow burn, having no qualms about using its eight near hour-long episodes to stretch its proverbial legs, to not particularly great effect.

The show lingers on characters and conversations in an unflinching and unfiltered manner, ramping up the focus on expressions, gazes, lingering silences, wayward eyes, reactions and verbal exchanges of varying levels of intensity. There are benefits to this, of course, with the viewer feeling the weight of some of the characters and the precariousness of their position, while also being able to easily discern what the subtext of certain situations actually is.

However, the drawbacks are fairly noticeable as well, with the most apparent casualty being plot development, which is predominantly belaboured. Moreover, while the audience can have a true sense of the gravity of the predicaments the characters find themselves, it also makes the little dollops of revelatory evidence and their emotional effect a bit too obvious and stretched out, with the next plot-progressing prompt coming across as a little thin by the end of each episode.

In terms of the casting, which is what drew me to the show in the first place, and the overall acting performances on Defending Jacob, this is unquestionably its strongest suit, but it’s not exactly peerless; we’ll get into that in a minute.

Of the two veteran heavyweights in JK Simmons and Cherry Jones, the former is not utilised nearly enough as I had originally imagined, with the Oscar-winner mostly being reserved for the show’s final few episodes, while the latter does an excellent job as defence attorney Joanna Klein, emanating quiet reassurance throughout the series.

While Chris Evans and Michelle Dockery, who play Andy and Laurie Barber, the boy’s parents, are excellent in isolation, as well as in scenes with other actors, there is a strange lack of chemistry between them. Although this makes sense and is indeed pertinent to how the story develops, it’s strange to see the emotional drift between the two right off the bat. However, this is not a major issue and will not even register with most viewers.

Jaeden Martell does a fine job as Jacob Barber, the boy accused of the murder, although his detached attitude and inborn cynicism can be a little unnerving at times.

Defending Jacob is a fine show despite its slow-going approach, with strong production values and direction, as well as a quality cast delivering solid performances. Murder mystery and true crime fans will want to give this a look.

Inside the archives of Cartier