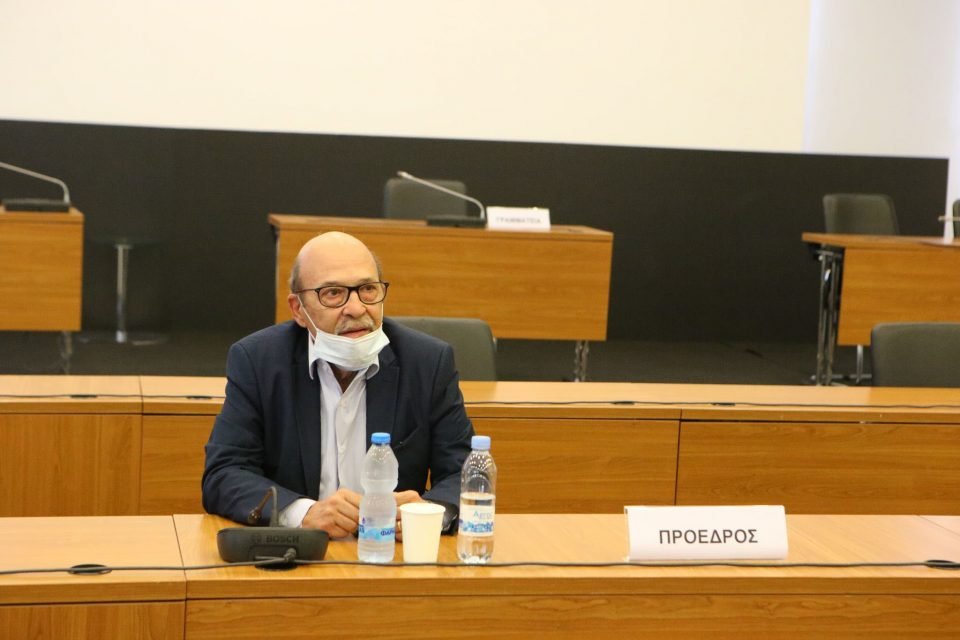 House president Adamos Adamou hosts a crunch meeting with party leaders on Tuesday morning as uncertainty looms large over the fate of the 2021 state budget.

With Akel and Diko indicating they will not give their backing and smaller parties undecided, the Disy-backed government has been scrambling to cobble together enough votes to avert the prospect of seeing the budget rejected for the first time since independence in 1960.

The coronavirus outbreak has further compounded the problem. Two MPs, Nicholas Papadopoulos of Diko and Marinos Moushouttas of the Democratic Cooperation, are already self-isolating as contacts of confirmed cases and will be absent from the debate which is scheduled to start on Tuesday and end with a vote on Thursday.

Adamou told CyBC on Monday that the number of MPs that may need to stay away could rise. The constitution does not permit remote voting, but requires the physical presence of MPs.

With a likely razor-thin majority expected for either outcome, political parties are understood to be reluctant to go ahead with a debate and vote on such a crucial issue if some MPs are unable to attend.

This bolsters one scenario reportedly under discussion, postponing the debate and vote until January or February. In such an instance, the state will continue to be financed under a provision in the constitution that allows such payments. These cannot exceed the equivalent for each month of the previous year – although this arrangement can run only for two months, until the end of February.

Such a scenario would also give time for more behind the scenes consultations.

Conversely, should the House vote and reject the budget bill before the Christmas recess, the government can later table an amended bill up until February 28.

It’s also understood that passing only a part of the budget now, and the rest subsequently, is not permissible.

As with any other bill, the state budget requires a plurality of votes among the 55 MPs.

Main opposition party Akel (16 seats) has said it will vote against the budget as has independent Anna Theologou. The Greens, with two seats, are also understood to be opposed.

Junior opposition party Diko (seven seats), which in the past has voted in favour of the annual state budget, has said it cannot do so as long as the government refuses to hand over files on its now defunct passports by investment scheme requested by the auditor general. The government has blasted this position as blackmail.

Should Diko vote against, this potentially creates a threshold of 26 votes that the budgets’ supporters must defeat. Another scenario suggests the party may abstain, bringing the number down to a much easier to beat 19.

The budget’s main backers are ruling Disy (18 seats). The three MPs who broke away from Diko to form the Democratic Cooperation are also expected to vote in favour.  Solidarity’s two MPs have tied their likely positive vote to amendments.

The other parties – Edek (three seats), the Citizens Alliance (one seat) and Elam (two seats) have still to decide.

If all give their backing, this would secure approval of the budget with 29 votes.

In the face of the uncertainty, Adamou asked the House secretariat to draft a report on the outcome of a possible budget rejection which has been conveyed to party leaders.

“I believe that we will head onto dangerous roads if the budget is not approved,” Adamou – who was elected as an independent on Akel’s ticket – told CyBC.

But he said he believed a constitutional crisis was unlikely since, with state funding guaranteed for two months even in the event of a rejection, this should give time for further consultations.

On Monday, the House Finance Committee met to approve its report on the budget and also started processing of about 60 amendments that are expected to be submitted. Some could prove pivotal to deciding whether the state’s budget could pick up much needed extra votes to secure passage.

With the coronavirus outbreak taking a huge toll on both the public health system and the economy, the government has described the 2021 budget as the most important since 1974.

In his budget speech last Thursday, finance minister Constantinos Petrides appealed to MPs’ sense of responsibility and warned that if the budget is not passed there can be no new support to businesses or employees, no social benefits nor can the health system function.

“It is clear that we will enter into uncharted waters, and this at a time of major instability, with incalculable financial consequences,” he said. Failure to pass the budget would leave the healthcare system without funds to operate amid the coronavirus pandemic, while tens of thousands of people relying on state relief would be left in the lurch.

The government has found allies in business organisations and NGOs who have appealed to MPs to find a way to prevent further turbulence during unprecedented challenges.

The painter of her country: Tarsila do Amaral at MoMA