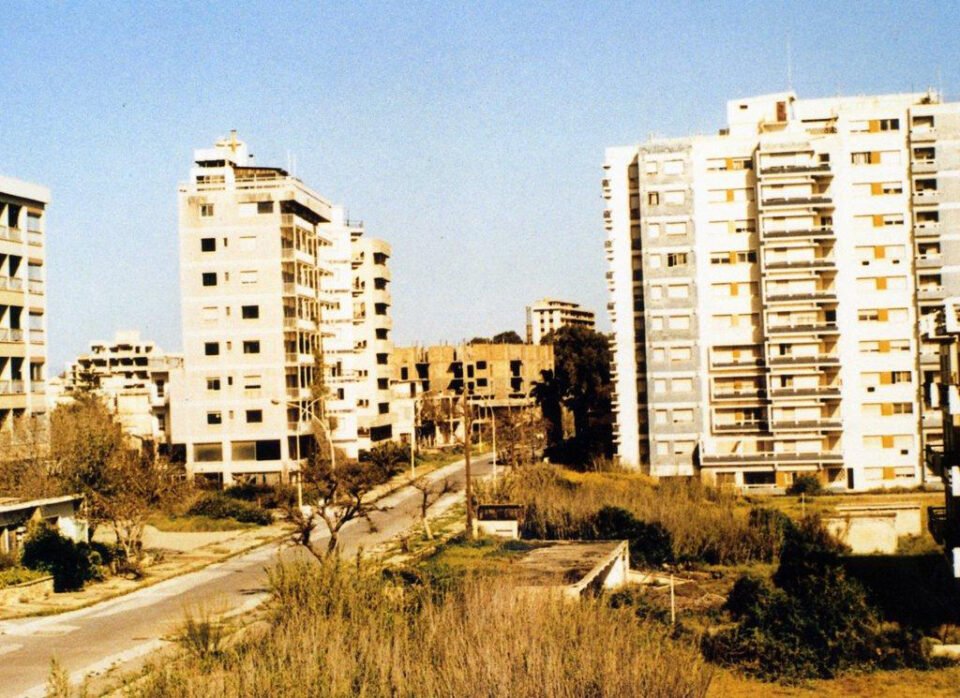 Don’t be deceived by the title. Not in the Ornamental Teapot is a book that is all about Cyprus, about its hurts and its fights, its fears and triumphs. It’s about the people and the past: about a refusal to accept one’s lot, the changing times, and a coming of age. And yes, it’s also, about a teapot. (But we’ll come to that later…) 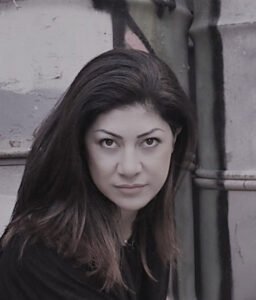 Unlike the heavy academic tomes which detail the island’s factual past, the four stories of Not in the Ornamental Teapot are a work of fiction; a snapshot of emotions, characters and situations. Each brief tale is absorbing and quick to read – though each will stay with you long after you’ve closed the pages. Especially ‘Deserted’, a tale so transcendent, so haunting, that it was shortlisted for the prestigious Commonwealth Short Story Prize…

‘In a matter of hours, the city bled them all out. All of them: the grocers, the teachers, the restaurateurs, and the shop-owners; the hoteliers, the garbage collectors, the housewives, the bank clerks, and the civil servants. The tourists got up from their sunbeds and went back home, over the sea, to safety. Foreign government officials and expatriates had fled days before. Someone must have whispered in their ears that, soon, paratroopers would hang from the bluest summer sky. Even though there was no official call for evacuation, Varosi was draining. They all drove off, reassuring themselves they’d be back soon. Door keys were slipped under flower pots, back doors were left ajar, lights on the front veranda were forgotten. Anna’s mind was made up. Eighty full years she’d lived in Varosi. She wasn’t going anywhere. Let everyone leave. And let whoever was coming, come. She’d be ready for them.’

So real, so sincere is ‘Deserted’, one feels the author herself must have lived through the invasion. Perhaps she was Anna’s granddaughter in the tale, begging ‘Yiayia, please come,’ as the rest of the family prepare to abandon their home? But no, says author Erato Ioannou: the tale – like her other short pieces – stems from “stories I’ve heard, things I’ve read or seen on video.

“I was born after the invasion,” explains the 42-year-old. “But it’s like the writers of my generation have inherited this narrative, this trauma of the invasion, and we’re trying to make sense of our collective past. I firmly believe that the stories we read, the ones we hear, our everyday experiences – from the very small and insignificant to our philosophies about life – end up in our writing. It’s inevitable. My characters’ experiences, their thoughts, their dark secrets, their pain, their anger, their loathing; all go through me. And with ‘Deserted’, I was trying to get into the psyche of a person who had to abandon everything and leave their home…” 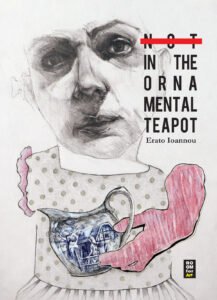 Anna, of course, doesn’t leave. Despite her age and infirmity, her need for medicine and inability to defend herself, she remains in her home, watching as the town empties overnight. At first, she’s sure her family will return: “You will be back on Sunday for lunch,” she tells her granddaughter. “I’ll make roast lamb and potatoes.” But the weekend comes, and nobody appears. “I’m not dying a refugee in some other place,” she asserts, reaffirming her decision. But nevertheless, she digs herself a shallow grave in her garden, underneath her beloved rose bushes.

To find out Anna’s fate, you’ll have to read the entire story. And then you’ll find yourself enjoying the next and the next, because each of the four tales is just as gripping. Here, in the pages of Not In The Ornamental Teapot, the island’s past, the losses and its yearnings of its people, come to life through the eyes of protagonists just as headstrong, just as determined as Anna…

There’s the elderly woman who spends her entire life asserting that her husband – her tall, blonde, blue-eyed husband who charmed the film stars visiting Famagusta – was not killed in 1974 but instead had run off to live in America with Elizabeth Taylor. Even when, decades later, she is confronted with evidence of his death, she refuses to believe he is dead; all that has sustained her though the lonely years of hardship is her anger at his errant ways. And she can’t let that go.

There’s the denizen of back-street Nicosia, who watches with hooded eyes as foreigners take over her beloved neighbourhood. And, from deep in the past, we get the story of a young girl raised as a boy; because, as her mother says, “This is a world of man. A woman is born to be owned – first by her father, then by her husband, and always by God.”

Powerful, moving, and relevant, Erato’s stories are “an exploration, an attempt to understand ourselves, our immediate and not so immediate surroundings. What came before shapes who we are today both at a collective and at a personal level. The past moulds our personalities and our identities; it’s inescapable, really – the luggage we carry, sometimes unbeknownst to us. For some the weight can be unbearable, traumatic. Others may not even be consciously aware of it. I think, with me, the desire to understand the past stems from a desire to comprehend the present and be able to look into the future.”

And in that, she suggests, the fictional perspective on history can be just as important as the factual. “History books focus on fact; memoirs are personal. But while fiction draws from history, personal stories, everyday events, delve into the centre of all, into the human psyche…”

As time runs out for Anna, she searches for her pills. She opens the fridge, the cabinet, and then – so great is her anxiety – she looks in the ornamental teapot. Of course her pills are not there, but the moment of desperation is eminently relatable. And through the writing of just such instances, Erato “transforms a very personal or a very local story into a work of art that addresses issues that are universal; plunging into the psyches of characters of those long gone but whose “innermost thoughts, feelings, and minute concerns, still speak to us today.”

Not in The Ornamental Teapot by Erato Ioannou is published by Room for Art at a cost of €8. It is available from Parga Bookstores, the Soloneion Bookcentre, and Faneromenis 70

Coronavirus: Lack of flights delaying post to and from 54 countries