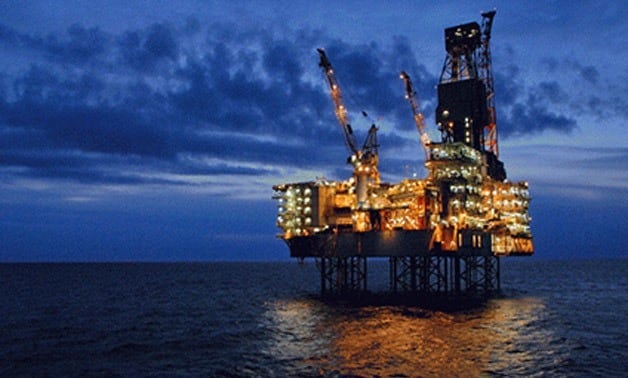 Cyprus is determined to forge ahead with its energy policy despite Turkey’s provocations, threats and illegal activities, President Nicos Anastasiades said on Tuesday.

He said the government was in touch on a continuous basis with the oils and gas companies licensed to operate within the island’s exclusive economic zone (EEZ) who have assured that they remain committed to their contractual obligations.

In this context ExxonMobil and Qatar Petroleum and Total and Eni are planning their drills for the second half of 2021, the president said.

In his video message, Anastasiades outlined Cyprus’ energy strategy, which is based, he said, on a comprehensive strategic planning aiming to develop Cyprus’ local energy market, to lift the island country’s energy isolation and to exploit the hydrocarbon reserves with its EEZ.

Referring to the latter, he said that contrary to previous years, during 2020 it was not possible for drillings to take place.

“Restrictions in travel, health measures and oil and gas companies’ smaller budgets mainly due to a reduction in oil and gas prices due to the pandemic resulted in a dramatic drop of exploratory activities globally,” he said.

“We are in touch continuously with all licensed (companies), who have assured us that they remain commitment to their contractual obligations with the Republic and in this context, ExxonMobil and Qatar Petroleum and Total and Eni are revising their plans for their drills to take place in the second half of 2021,” Anastasiades said.

He highlighted the fact that contrary to other geographic regions there have been no cancellations of exploratory programmes “nor have companies decided to leave from out EEZ.”

“I would like to underline that even under current circumstances this year has seen important developments in relation to our hydrocarbons strategy implementation,” the president added.

He referred to the fact that Noble Energy which is operating natural gas reserves at the Aphrodite field, was recently bought out by Chevron, also a giant in the oil and gas industry.

“Both companies have assured us that planning is continuing as normal for the exploitation of the gas field on the basis of the approved production plan,” he said, adding that according to the plan the natural gas will be transported by way of a sub-sea pipeline to the LNG terminal in Idku, Egypt for exports to Europe and other international destinations.

Anastasiades assured of Cyprus determination, “despite any provocations, threats and illegal activities by Turkey, to go ahead as a sovereign and independent state with the uninterrupted implementation of our energy policy, on the basis of specific and targeted strategic plans we adopt.”

He added that the government would continue its initiative to enhance energy cooperation with Eastern Mediterranean and European countries, while at the same time honouring its contractual obligations with countries or companies, going ahead with the implementation of particularly important agreements Cyprus has signed.

At the same time, Anastasiades reiterated that “Turkey is not excluded from the wider network of energy synergies which have been developed in the region, which promote the region’s security, stability and prosperity.”

Referring to the effort to end the energy isolation of Cyprus Anastasiades spoke of the three important projects which were being promoted as common interest project by the EU.

The three projects are, the EuroAsia Interconnector, connecting Israel, Cyprus and Greece through a subsea electricity cable; the natural gas pipeline EastMed, which seeks to transport natural gas to continental Europe from the Eastern Mediterranean for the construction of which Cyprus has signed an agreement with Greece and Israel and is at a final studies stage; and the infrastructure for the reception of liquefied natural gas in Cyprus for electricity production.

He also said that Cyprus fully supported the EuroAfrica Interconnector which will connect Cyprus with Egypt and Greece and noted the historic milestone, as he put it, of the official establishment of the regional intergovernmental organisation “East Mediterranean Gas Forum”, last September.

Anastasiades recalled that Cyprus is one of the Forum’s founding members together with Egypt, Greece, Israel, Italy, Jordan and Palestine, adding that its goal is to create a sustainable natural gas market in the Eastern Mediterranean.

It is precisely why the Forum has garnered the full support of both the EU and the USA as in essence it is a forum of structured dialogue on matters which have to do with the technical and commercial cooperation between countries who either import, export or even just transport natural gas.

Anastasiades also referred to the goal for green growth and the cyclical economy, pointing out among other things that Cyprus has met since 2018 its mandatory goals for 2020 on the final gross energy consumption from renewable energy sources and that its 2020 goal for energy saving would also be met.

“A small deficit, however, is expected to exist only in the transport target, an issue for which the competent ministries are already working on various measures,” he said.

One of our most important goals in the domestic energy sector is to open up a competitive electricity market, the president added.

“Unfortunately, and we have to point out weaknesses, despite the support that both the competent ministry and the Cyprus Energy Regulatory Authority have provided to the transmission system operator, there have been delays. I will not say whether they are justified or not,” he said. However the result of the delays has moved targets to the end of 2021 or the beginning of 2022.

Record number of journalists imprisoned in 2020