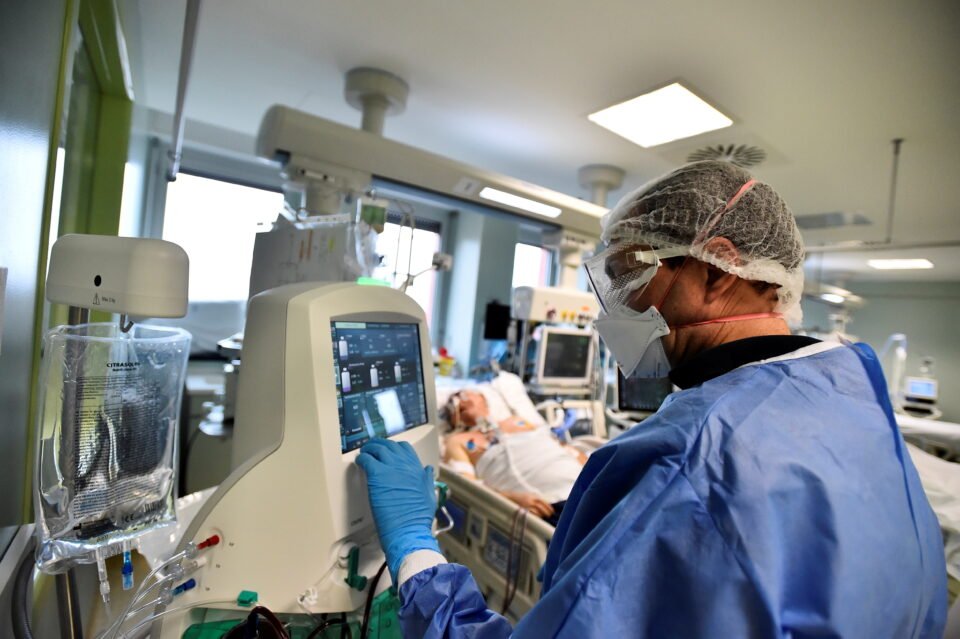 Rejection of the 2021 state budget by parliament would lead to the collapse of the health system Gesy, the government warned on Wednesday as ruling Disy leader Averof Neophytou launched a last-ditch round of contacts with undecided political parties in an attempt to avert a major crisis in the middle of a pandemic.

On Wednesday, as the House began the second day of debating ahead of a vote on Thursday, no clear picture of whether it would pass the vote had emerged, but health ministry spokesperson Margarita Kyriacou told CNA a rejection would not only endanger Gesy itself but also the delivery of the Covid-19 vaccines.

Kyriacou urged the parliamentary parties to “do the right thing for the benefit of society as a whole”.

Although a delay in securing the vaccines would be negative enough, Kyriacou said, it would be the “least of the problems” caused to the health sector.

“Right now, there are other more serious issues at stake which have to do with the national health system Gesy and the smooth running of state hospitals,” she said. “If the state budget for 2021 is not voted, that would mean that the state’s contribution to Gesy of €425 million will not be disbursed, which in turn will lead to the system collapsing and to citizens being deprived of the greatest achievement of Cypriot society.”

It would also mean huge problems in the running of state hospitals, the ambulance service and primary care services. Doctors, nurses and other health professionals who have been working during the past nine months to combat the pandemic would not be able to get paid, she added. Funding for other necessities related to the pandemic such the purchase of medical supplies for Covid testing would also be affected, as would strengthening of contact tracing through the outsourcing of services.

On top of that, special programmes such as subsidies for fertility treatments, HIV programmes, treatment abroad schemes and provision of drugs for rare diseases among others would also be hit.

“We wish and hope that reason will prevail.”

Meanwhile Disy’s Neophytou did the rounds of undecided parties on Wednesday afternoon and evening, meeting with the Citizens Alliance, Solidarity and socialist Edek.

The Greens, speaking after a meeting with Neophytou, said they would vote against it.

They now join Diko, the second biggest opposition party after communist Akel, who have said they will vote down the budget unless the government grants the auditor-general access to files relating to the citizenship-by-investment scheme.

This was repeated early Wednesday by party leader Nicolas Papadopoulos who said in a statement: “The Disy government will be solely responsible for the vote against the budget. Diko expresses the demand of society for transparency.”

He said Diko was only asking for the obvious, that the government hand over the naturalisation files to the audit office. The party, he added, had accepted a compromise proposal put forward by the former attorney-general to resolve the standoff.

“The government has yet to accept this proposal, in order to overcome this crisis. If they do not, the Disy government will be solely responsible for the vote against the state budget. It is their decision, their responsibility,” said Papadopoulos.

For their part, main opposition Akel traditionally vote against the budget as a thumbs-down to government policy.

On Tuesday Neophytou, in his speech on the first day of the budget debate, issued a dramatic plea to the other parties for unity.

Using strong language, not exempting anyone from his criticism, Neophytou said the public “can no longer put up with our merciless impetuousness”, and added: “Citizens have been feeling the highest degree of insecurity over the last few years and want to see hope. This is the reason for their rage and reactions. And we, their leaders are cultivating their rage with our unhelpful pursuits.”

Even if the budget were defeated on Thursday, on Friday he would begin consultations with Akel and Diko, as well as the other parties continuing to meet “until the last minute” to find a way of ending the deadlock.

Akel leader Andros Kyprianou confirmed on Wednesday that he would be meeting Neophytou on Friday morning and would listen to what he had to say. He berated the Disy leader however for his “melodramatic appeal to parliament”.

“Government authoritarianism, arrogance and extremism have broken down bridges of communication with society,” said Kyprianou. “Instead of seeking consent, they wagged their fingers at us and took risks. Let them consider the responsibility that weighs on them in order to create the necessary consensus that will get us out of a possible impasse.”

So far, Disy will vote for the budget in full. Far-right Elam said they would vote in favour of major parts of the budget, while on the other end of the spectrum, along with Akel and Diko, the Greens and independent MP Anna Theologou will all vote against.

That leaves Edek, Solidarity, the Democratic Cooperation and the Citizens Alliance not having decided. Edek leader Marinos Sizopoulos told CNA he has been authorised by the party to take a position “at the right time” and would not announce its stance before that.

The Citizens Alliance said they were waiting for more answers on some issues from the government.
Solidarity leader Eleni Theocharous told CNA the party would “disconnect the budget” from other issues and vote for it or not on its merits indicating the party would be on board.

The Diko breakaway MPs that formed the Democratic Cooperation will decide on Thursday.

The budget legislation requires more than 50 per cent of those voting back it. Disy has 18 seats, Solidarity has two seats, the Democratic Cooperation has three and Elam has two. That yields 25 votes, compared to 26 against – from Diko, which has seven, Akel 16, plus Theologou and the Greens with two seats.

Kangaroos can learn to communicate with humans, researchers say