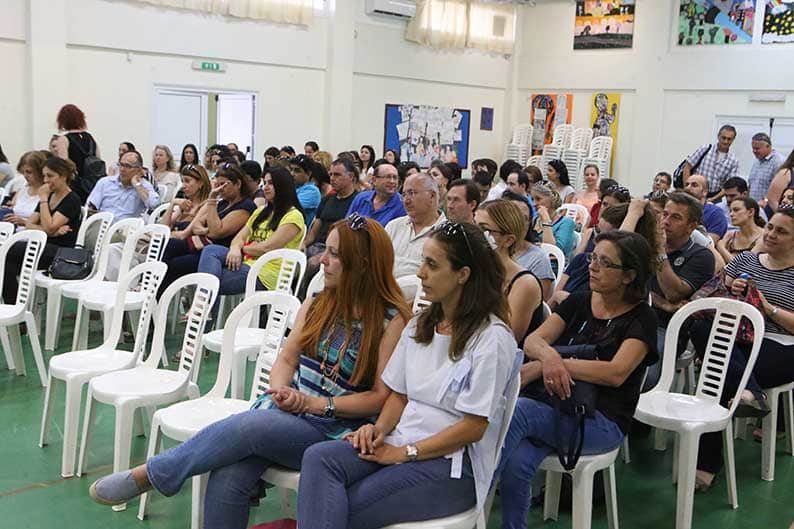 Teachers at a union meeting

In times of a national emergency, like the one we have been in since March, we would have thought there would be a unity of purpose, everyone doing their bit to help the country get through the difficult times. We are not talking about big, life-changing sacrifices, but small positive contributions that would help society’s efforts to deal with the unprecedented situation caused by the pandemic.

In the end this was too much to expect from the entitled workers of the public sector, who only know how to take from society. When the country went into lockdown, almost 80 per cent of public hospital workers stayed at home, either because they belonged to a vulnerable group or because they were living with a member of a vulnerable group; others just took sick leave. So understaffed were hospitals the government considered conscripting doctors from the private sector to cover needs.

Civil servants did not have to be persuaded to work from home in the spring and demanded the same arrangement during the surge in the virus. In short, they wanted another fully paid holiday, but the government did not oblige. Nobody knows how many are still going to work but it would not surprise if half of them are at home, doing nothing, on full pay.

The worst behaviour though has been by public school teachers, whose unions have operated as the agents of negativity throughout the pandemic. Instead of helping the education ministry ensure the smooth operation of distance learning so that children would not lose out they have been going out of their way to undermine the ministry’s plans. First, they did not want to participate in distance learning, then they criticised the government for being unprepared, then they came up with the ludicrous argument about the violation of a teacher’s personal data.

Every negative argument they could think of was employed to undermine distance learning. Teaching unions are masters at coming up with reasons to prevent anything from being done. Perish the thought they would display a ‘can-do’ attitude to make sure their students’ education suffered as little as possible because of the pandemic. They are incapable of tempering their negativity even during a time of national emergency.

When a few weeks ago the education minister suggested that any lost teaching time because of the disruption caused by the surge in Covid-19 cases could be made up by keeping schools open during the holidays, the teachers immediately vetoed the idea, making it clear they were not prepared to sacrifice a day of their holiday for their students, even in such exceptional circumstances!

Teachers are only takers and have even exploited the pandemic for personal gain. Secondary teachers forced the ministry to pay them €200 for using their personal lap-tops/PCs for distance learning. How shabby of them considering the money could have been used to buy lap-tops or tablets for poor children, not all of whom have received one from the government. Even in times of national emergency, overpaid, public school teachers have to benefit personally to help out.