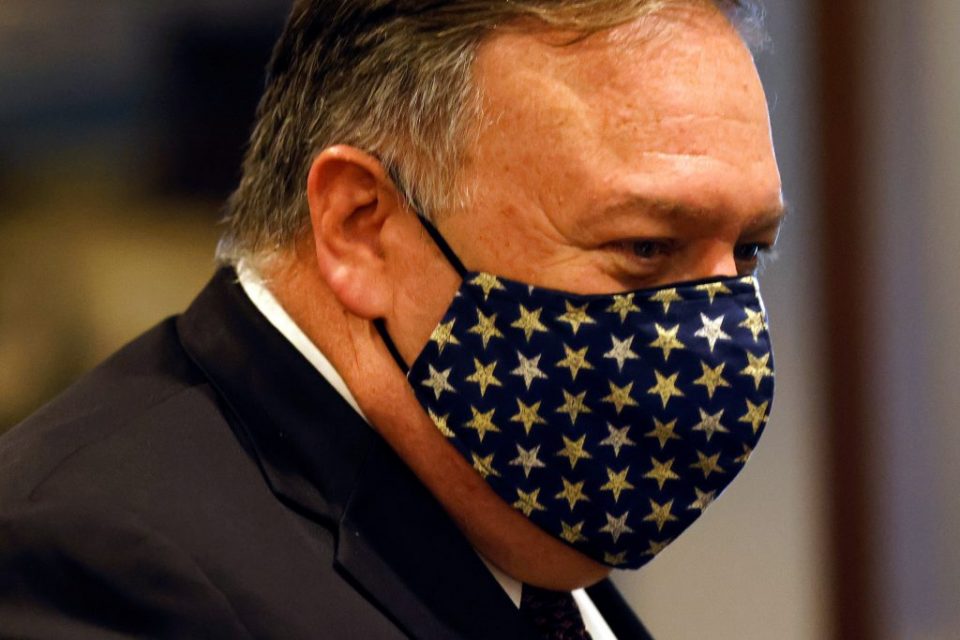 US Secretary of State Mike Pompeo has said that wealthy Russians, many connected to the Kremlin have laundered billions of dollars through the Republic of Cyprus and Malta distorting their domestic markets and spreading corruption.

In a written statement, Pompeo also said: “Russia continues to threaten Mediterranean stability using a variety of techniques to spread disinformation, undermine national sovereignty, and sow chaos, conflict, and division within countries throughout the region.”

Noting that earlier this month, Russian Foreign Minister Sergei Lavrov, in comments at the MED Dialogue, accused the United States of playing political games in the Mediterranean and stalling the appointment of a new UN Special Representative of the Secretary-General in Libya, Pompeo said that “it’s unfortunate and unhelpful that Mr. Lavrov again gets the facts wrong and attempts to rewrite history.”

He noted that “the United States is working actively with allies and partners in the Eastern Mediterranean to promote greater stability, security, and prosperity.  In Libya, the United States supports the formation of an inclusive government that can secure the country and meet the economic and humanitarian needs of the Libyan people,” he added.

“Our overarching goal remains to bring Libyan parties to a negotiated, inclusive UN-facilitated political solution through the Libyan Political Dialogue Forum.  We want an empowered UN Mission that can accomplish this goal. To this end, the United States worked with our partners on the UN Security Council to strengthen the UN system and create a UN Special Envoy position and a complementary UN Support Mission in Libya (UNSMIL) Coordinator in UNSMIL’s 2020 mandate renewal.  Russia and China were the only UNSC members to abstain on the Security Council resolution renewing UNSMIL’s mandate,” Pompeo said.

He went on to note that “Russia continues to threaten Mediterranean stability using a variety of techniques to spread disinformation, undermine national sovereignty, and sow chaos, conflict, and division within countries throughout the region.  In Syria, Russia supports the Assad regime whose war against its own people has added to regional instability, led to a protracted humanitarian crisis, and displaced half the population.  In Greece, we saw Russian diplomats expelled from the country in 2018 for undermining the Prespes agreement and meddling in Greek Orthodox religious affairs.  Wealthy Russians – many with connections to the Kremlin – have laundered billions of dollars through the Republic of Cyprus and Malta, distorting their domestic markets and spreading corruption,” the US Secretary of State noted.

Moreover, he said that “in Libya, Russia supported an assault on the Libyan capital, Tripoli, killing civilians and undermining the UN’s efforts to bring peace to the country.  It also continues to violate the UN arms embargo; blocked sanctions at the UN Security Council on Mohamed al-Kani, along with the Kaniyat militia, whose egregious violations of human rights are well documented; printed counterfeit Libyan dinars that have destabilized the Libyan economy; and via its proxy, Wagner, fuels the conflict.”

He went on to say that “the Libyan government’s release of two Wagner operatives caught undermining Libyan politics is just another example of how Russia uses mercenaries and political shenanigans rather than open democratic means to advance its interests.  The list goes on.  All of these actions clearly demonstrate that if anyone is playing political games and trying to stall progress in regional conflicts, it is Russia, which only acts to advance its own interests to the detriment of the entire region,” Pompeo concluded.