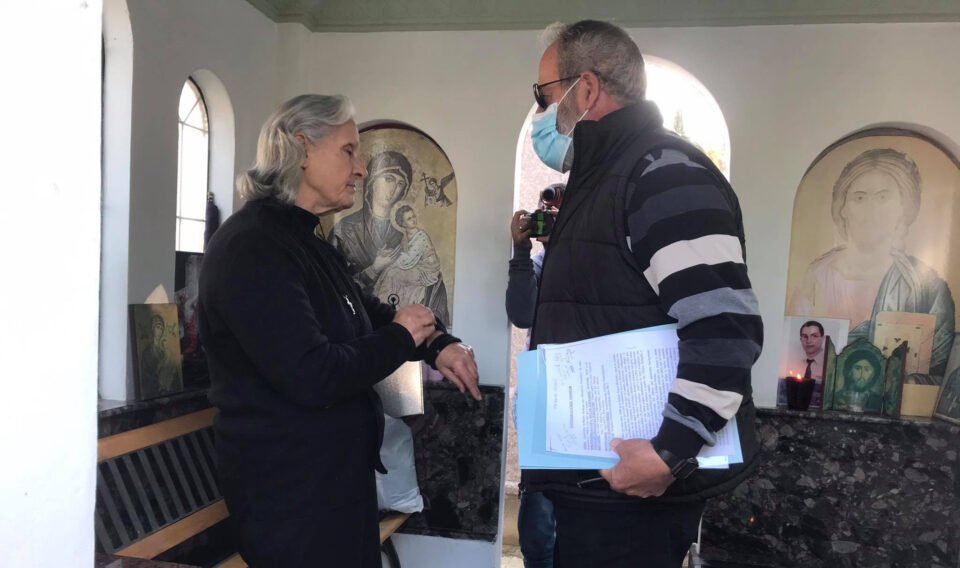 Authorities said they will wait for the findings of experts as regards the examination of the remains of Thanasis Nicolaou, exhumed on Thursday, 15 years after his death, on the perseverance of his family who dispute the initial verdict that he had committed suicide.

Preparations for the exhumation of Nicolaou’s remains started on Thursday morning for the after court granted his family’s request for an examination by an independent expert.

Nicolaou, 26, who was doing his military service at the time, was found dead under a bridge in Alassa on September 29, 2005, about 12 kilometres from his home and barracks. He was meant to report back to his unit after an overnight leave. His death had been ruled a suicide by authorities, but his family disputed this finding and say they have evidence that disputes this verdict and indicates foul play with probable drowning. They said he was bullied for the three months leading up to his death.

The Limassol district court last week granted the family’s request to exhume Nicolaou’s remains, which were to be examined by Phillipos Koutsaftis, the former head of the Athens coroner’s service.

The exhumation took place in the presence of members of the police, Nicolaou’s relatives, Koutsaftis, state pathologists Sofoclis Sofocleous and Nicolas Charalambous, and forensic pathologist Marios Matsakis on behalf of the family.

After the exhumation process was completed, at around 4pm, the remains were transferred to Limassol morgue.

“The exhumation process is based on the decree issued by the Limassol Court, at the request of the family,” said head of the Limassol CID, Lefteris Kyriacou who was overseeing the process. “We expect the experts who arrived from abroad to inspect the remains at the Limassol morgue,” he added.

Police had gone to the cemetery on Thursday morning and sealed off the grave for the exhumation.

Matsakis, explained that this was a bone examination to confirm whether there were external injuries. “This is what we can do now. It is a long process,” he said, refraining from going into details. “The examination is only of the bones, there is nothing else and we will draw as many conclusions as we can, also based on what we know,” he said.

Matsakis said the duration of the procedure would depend on the findings. “It may take some days, or even longer because some specialised tests might be done if needed.”

He recalled that his own involvement in the case was seven years after Nicolaou’s death when he was called to investigate all the facts of the case and to prepare a report, “which I did.”

“Today I am participating in the exhumation and examination of the remains after the family called me,” he said.

After the completion of the process, Professor Koutsaftis, the state pathologists and Matsakis will prepare their separate reports. The findings will be submitted to the police who, in consultation with the attorney-general, will decide on the next steps.

Asked about the possibility of reopening the case after this development, Kyriakou said that this was not something that could be predicted. “We will wait for their conclusions and act accordingly,” he said.

The European Court of Human Rights’ (ECHR) ruled in February that the authorities had failed to carry out an effective investigation into Nicolaou’s death.