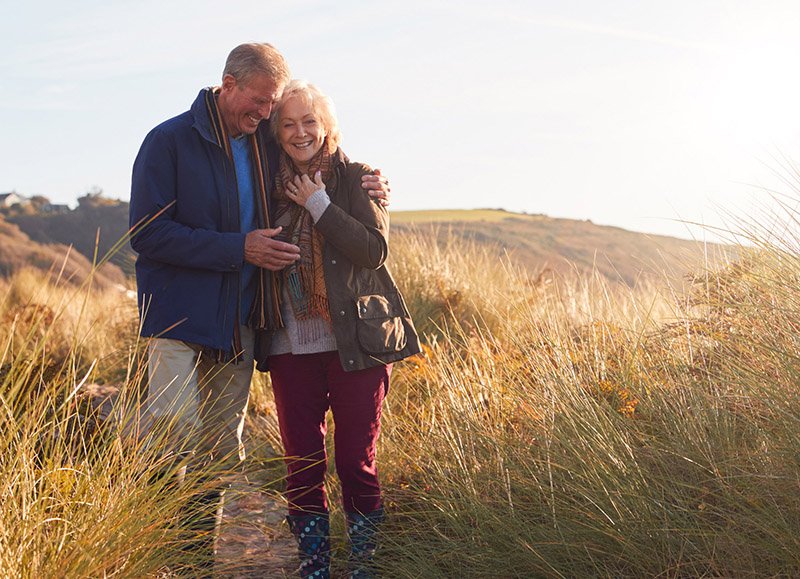 A couple walking in the winter. iStock/PA.

It’s known as the most wonderful time of the year, but winter can be the very worst for your health.

Colder weather can lead to some seasonal health issues that we all need to watch out for.

While many of us tend to focus on common ailments such as colds, viruses and flu, there are lesser-known health risks that are associated with winter. We asked health experts to tell us more…

It starts with a tell-tale tingling on the edge of your mouth and develops into an angry, painful sore that makes you reluctant to switch on your camera during Zoom calls.

Cold sores are one of the more embarrassing winter ailments, but they’re also widespread. The Herpes Viruses Association says that around seven in ten people have caught one of the viruses that cause them, though only one in three of them will show symptoms.

“Cold sores will spread to individuals that are in close contact to the affected area either through skin-to-skin touch or kissing,” says LloydsPharmacy pharmacist Pareena Patel. “As the virus is often underlying, remaining dormant, it can even be spread from individuals who don’t show symptoms, as well as those that do.”

Patel explains that many people believe that you can’t treat cold sores, but you actually can. “Whilst most cold sores will clear up by themselves in seven to 10 days, anti-viral creams and treatments designed to treat cold sores can be effective at speeding up the healing process.”

Many people feel that arthritis-related pain increases when the temperature drops, making the Christmas period agony.

“Studies have found that cold and damp weather can irritate joint pain, particularly for those with arthritis,” explains Patel. “While we don’t know for sure why this is, some scientists believe that changes in the weight of the air, known as barometric pressure, can cause expansion and contraction of tendons, muscles, bones and scar tissues.”

Of course, you can’t stop the wind and rain, but Patel believes that you can manage your flare-ups with certain lifestyle interventions.

“Hot and cold therapy is one of the most effective forms of joint pain relief,” she notes. “The heat enhances circulation, whilst delivering nutrients to joints and muscles, which is good for getting your body more limber.”

For an inexpensive home therapy, you could try alternating between a hot and cold shower in the morning, or applying heat packs to the affected area, followed by an ice compress.

SAD is a type of depression that is related to changes in seasons, so symptoms appear at the same time every year, normally in autumn and winter. Women are around four times more likely to have SAD than men.

Nutritionist Dr. Marilyn Glenville explains: “Regular workouts can help to combat the symptoms of SAD as it helps to release ‘endorphins’, which are brain chemicals that bring on a happy post-exercise feeling.”

Glenville says that it’s advisable to exercise during the daylight hours if you suffer from SAD, so you get the added benefit of the sun’s rays, which can boost your vitamin D levels.

Between the mince pies, turkey dinners and Christmas chocolates, over-indulgence during the festive period is pretty common. If you’re not careful though, it can bring on uncomfortable bloating, burping and indigestion that leaves you feeling sluggish and unwell.

“The food we eat over the winter period can also lead to many people experiencing indigestion and heartburn,” says Patel. “These are often triggered by fatty foods, big meals and alcohol, and can be uncomfortable due to the stomach acid coming in contact with the lining of the digestive system.”

Gut health expert and founder of Chuckling Goat Shann Nix Jones says that when it comes to indigestion, you should swerve the painkillers in favour of natural kefir – a fermented milk drink that’s similar to yogurt.

We often think of asthma symptoms as being at their peak during spring and summer months, however Christmas poses its own risks. “Both real and artificial Christmas trees can trigger asthma in some people,” warns Patel.

“Real Christmas trees often harbour mould and the warmth from inside your home can cause mould spores to multiply, which increases the risk of an asthma attack.”

She adds that artificial trees are no better, as they can gather mould and dust while in storage.

“To reduce the risk of your Christmas tree spoiling your December, keep real trees in the coolest area of your house and hose them down before bringing them inside,” she advises. “If you’re opting for an artificial tree this year, make sure to dust it thoroughly when you bring it down from the loft.”

Definitions of a beautiful destination