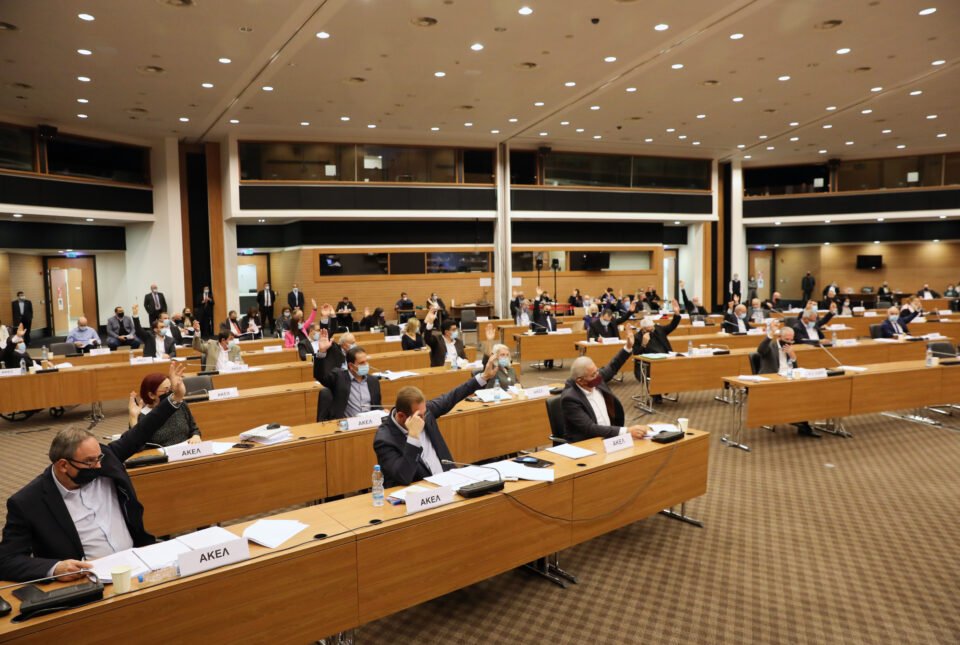 In what was a once-in-lifetime occurrence, the House on Thursday voted down the 2021 state budget, forcing the government to submit another budget bill in January when parliament reconvenes.

The bill was defeated by 29 votes against to 24 in favour.

Voting in favour were ruling Disy, Solidarity, the Democratic Cooperation, and Elam.

As with any other bill, the budget would have required 50 per cent or more of the votes cast among the 55 MPs.

Only 53 MPs happened to vote on Thursday.

Ultimately Diko made good on its threat to take matters to the extreme and veto the balance sheet because the government would not grant the auditor-general access to files relating to the controversial – and now defunct – the citizenship-by-investment programme.

In a terse statement released shortly after the vote, President Nicos Anastasiades said he was aggrieved and disappointed with the outcome.

“That which will be recorded in the 60-year history of the Republic is that this is the first time a budget has been vetoed, and for reasons unrelated to the budget’s philosophy itself,” he noted.

The president said that while he understands political parties may have genuine disagreements over economic policy, he cannot fathom “the negative vote by the Democratic Party [Diko] which is seeking through blackmail to substitute the lawfully elected government and neutralise other independent institutions.”

He added: “It is not the government that is being punished by the non-passage of the budget; rather, those being punished are businesses who today risk going bankrupt, as well all those who risk losing their jobs due to the painful [coronavirus] measures. It is the vulnerable groups who need the Guaranteed Minimum Income, it is low-income pensioners.”

Anastasiades said the fallout would impact the healthcare system and the procurement of vaccines for Covid-19.

“I wish to assure everyone that the government shall not allow citizens to pay the price of one party’s blackmail,” he noted, taking another dig at Diko.

The president said the government will initiate a round of meetings with the parties in the coming days.

In his own remarks, Finance Minister Constantinos Petrides called the vetoing of the budget a major setback, but not the end of the line.

The government can now bring an amended budget bill to the House.

This is precisely what the administration plans to do in January, once the House reconvenes after the recess, Petrides said.

Asked what changes might be made in the new bill – in order to lure the smaller dissenting parties –the minister said the government does have some leeway, although obviously the modifications could not be such that they altered government policy.

Petrides reiterated this was the worst possible time for parliament to give the budget the thumbs-down – amid the coronavirus situation where both businesses and households need immediately financial relief.

Passing the budget would have gone a long way toward helping the economy rebound after the recession this year, as the government grew its balance sheet by €742 million compared to 2020.

This additional spending was primarily earmarked for social benefits and health.

The 2021 budget featured €2.91 billion in benefits and €1.1 billion on healthcare – the largest such allocations ever made, said Petrides.

And he also lamented the fact that its rejection jeopardizes the funds Cyprus had coming from the EU’s Recovery and Resilience facility.

Despite rejecting the budget, parliament did green-light expenditures for the month of January – a contingency that allows the state to carry on functioning.

But these contingency expenditures – known as ‘twelfths’ – cannot exceed the equivalent for each month of the previous year. Moreover, this back-up arrangement can run only for two months, until the end of February.

That in turn means the new budget bill brought by the government must be passed by February 28 at the latest – otherwise after that date, the state won’t be able execute any payments whatsoever on any item, save for paying the salaries of a small group of state officials.