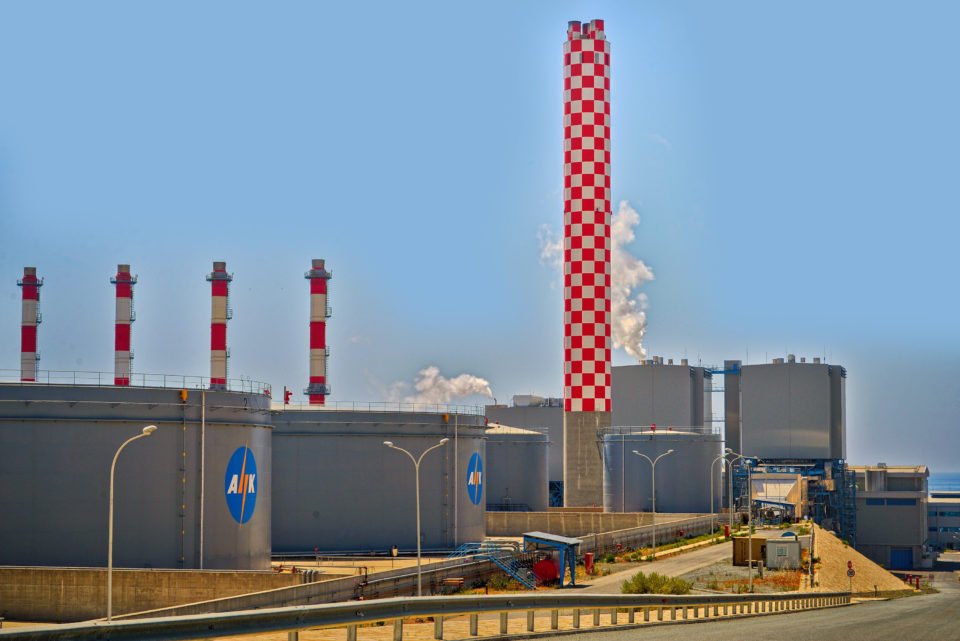 EAC power station at Vasiliko is still fuelled by oil

The European Investment Bank (EIB) said on Friday it had agreed to support construction of a new power plant at Vasiliko by the Electricity Authority of Cyprus, with €76m in financing.

According to an EIB statement, the new 160MW CCGT Vasiliko power plant will enable a shift away from fossil fuels, reduce greenhouse gas emissions and other forms of air pollution.

The EIB will provide a €76m 15-year loan to finance construction and connection of the new €152m plant at Vasiliko, alongside an existing energy generation facility and industrial site.

The new plant is being designed to provide flexibility to allow greater use of intermittent wind and solar power in Cyprus in the future. It aims to be the most efficient gas power plant in Cyprus and use state of the art CCGT technology.

“The important contribution of the new Vasiliko power plant to enable Cyprus to be powered by cleaner energy has been recognised by the EIB’s latest financing to the Electricity Authority of Cyprus. The new long-term EIB loan shows how the EU Bank supports transformational investment in this country,” said Professor Michalis Komodromos, Chairman of the Electricity Authority of Cyprus.

Minister of Energy, Commerce and Industry  Natasa Pilides, said that the EIB has unique technical and financial expertise in the energy sector and is a valuable partner in Cyprus’ efforts to deliver on climate goals and move away from dependence on oil-fuelled power generation, providing support in a number of energy-related projects.

“We welcome the EIB’s recognition of the importance of supporting the energy transition in Cyprus and their support for the new Vasiliko facility,” she said.

Lilyana Pavlova, EIB Vice President responsible for lending operations in Cyprus said: “The European Investment Bank is supporting energy transition in Cyprus and around the world. As part of the EIB Energy Lending Policy agreed in 2019, we committed to supporting a pipeline of gas projects already under appraisal, before moving to renewables-only lending from 2021.  That’s why the EIB is pleased to provide EUR 76 million to back construction of the new Vasiliko plant to support energy security in Cyprus.  The EIB looks forward to working together with the Electricity Authority of Cyprus and other energy project partners to support future clean energy investment in Cyprus.”

Kenzo: creator of an enduring legacy