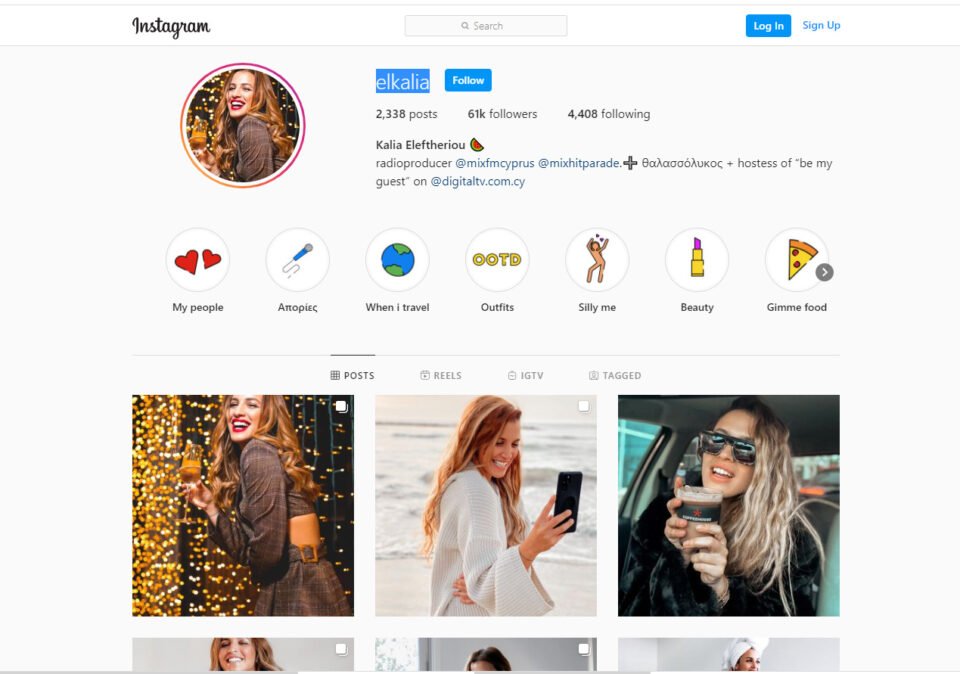 Panayiotis, aged nine, wants to become a gaming influencer when he grows up because he wants to “get likes and earn money”.

Though so young, he has an extensive knowledge of the YouTube gamer community and enjoys watching people who generate income by creating a strong social media presence by offering advice on video games.

His favourites include two siblings from Greece, both in primary school, reviewing toys and a man in his thirties who makes jokes while testing games.

“I like him because he is funny,” he says, while glued to the screen and expertly navigating through the videos and his favourite influencer profiles.

Panayiotis, like so many children and teenagers, wants to become an influencer, and chase fame and fortune, imitating their favourite social media role models who pose in expensive cars, luxury hotels and exotic destinations with their designer clothes and accessories.

Thanks to social media, influencers – those able to shape public opinion in various fields such as tech, science, politics, lifestyle – have become ubiquitous.

Though influencers can deal with serious issues, these mostly attractive, young people are closely associated with directly or indirectly selling products and services as they project their lifestyle on social media. They do so while replying to questions by followers who compliment them on their hair, or complexion. In return, the influencers explain what products they use. They may advertise restaurants by posting photos of their dishes, or cooking products while preparing their favourite dishes.

“The other day one influencer, a very attractive girl, posted a photo of herself in bed with a bag of crisps,” one media executive said in shock over the way they are taking over the market.

“I get people coming up to me telling me they too want to become an influencer all the time,” said Nicolas Ioannides, who was voted as Man Influencer at the first Influencer Awards organised in Cyprus in 2018.

Many go to great lengths to raise that all-important fan count.

“A few days ago, someone came to me and offered to pay me to pose in a photo with them so that they could post it on their Instagram profile and increase their followers,” he said.

Others, he said, buy products and offer them as a giveaway through their profiles to raise their number of fans.

“Social media have given massive opportunities leading to the proliferation of influencers,” said Dr Charis Psaltis, associate professor of social and developmental psychology at the University of Cyprus.

Psaltis explained that social media platforms such as Tik-Tok are a way to make money but warned there is a trap for minors who seek to become influencers.

“They enjoy fast popularity, draw attention to themselves, there’s also an element of narcissism. The fact they have become celebrities at a young age creates issues of low self-esteem since they are also subject to negative criticism and seek confirmation from followers about their appearance or abilities,” Psaltis said.

According to a recent article in Psychology Today, social media creates a perfect playground for narcissistic behaviour, which influencers put to good use in building up relationships with their followers.

“Social media allows people to curate their public image, which is perfect for the narcissistic drive to look attractive, successful, and popular,” the article said. “Simply put, social media platforms allow narcissists to do what they do best in real life — meet new people, expand their circle of followers, and promote themselves or a product endlessly.

“This doesn’t mean that promotion or fame are bad, simply that social media allows people to self-enhance, and self-enhancement is a key feature of narcissism,” it said.

According to Dr Theano Kalavana, PhD in Health Psychology and Professional Certified Coach, not all narcissists are necessarily influencers, but influencers are people “who do not mind exposure”.

What drives many young people want to be one, is the fast pace of life in the 21st century.

“Fast money, easy going, it is a feature of this generation, they want to climb the ladder very fast, they need constant validation,” she said.

She added that she has observed a rise in eating disorders and distorted image issues among teenagers in Cyprus, which she believes is an aspect of the impact influencers and social media have on young people.

“Teenagers are always taking photos of themselves for their Instagram accounts, they feel fat and ugly even though they are perfect,” she said.

For Ioannides, though narcissism is part of the mix, it is not only that. “Have you seen anyone being exposed on social media and not being one?” he asked. But for him, not everyone doing this is a narcissist, including himself.

“I, for one detest selfies,” Ioannides said

However, he sees nothing wrong with people enjoying being admired on social media.

“Why should we put name tags on people and bully them? Anyone can do what they please,” he said.

Many young people seek to become influencers believing it is easy money, he added. “Just like when young people 20 years ago thought that by working at a bar, they would earn more money than a day job, youth today do the same, just through a different way,” Ioannides said.

Dr Christiana Karayianni, postdoctoral researcher at the University of Cyprus and lecturer in media and cultural studies at Frederick University, argues that social media undeniably “affect both the personal and the public spectrum of our lives”.

“In this new reality, the imaginary identities of influencers become even more dominant and as a result, their lifestyle, ideas and often specific meanings for the interpretation of our life and our world not only pass without any trace of doubt or resistance but become the new social norms,” she said.

“It is considered a big success to become an influencer,” Karayianni said.

Kalia Eleftheriou, who won the Woman Influencer award back in 2018, said it was not her intention to become an influencer. She gradually gained recognition by presenting or participating in television and radio programmes and writing in a lifestyle magazine.

“In the meantime, I had started an Instagram account, not sure when this take off happened,” Eleftheriou told the Sunday Mail. She started watching a daily rise in her Instagram followers during her participation a few years ago in a very popular television show, ‘Me agapi Christiana’ on Alpha TV.

“To-date I see this as my pastime, it’s not my main job,” she said, admitting that she could if she wanted since it is giving her an income. “But it is not fulfilling.”

For her, the secret of success is being passionate about what you do.

“If you are able to project this on social media, you will succeed,” she said, adding that this will also inspire sponsors.

Her advice to younger people is to find their purpose in life, and not try to do anything just to attract followers on social media. “I don’t think this should be their goal.” She likened it to someone who wants to be a doctor or a lawyer just for the money and not because they truly want to make this their vocation.

She said that she refuses to do some things just to attract more followers. “It is now a trend to promote your relationship on social media,” she said.

Ioannides too, after working as fashion editor for around two decades in “all of Cyprus’ magazines”, gradually entered the influencer scene, after becoming widely recognisable through television appearances and hosting two makeover shows.

He started promoting products though his social media profile after his radio show co-producer at DJ FM radio, Evelyn Kazantzoglou, an Instagram star herself, proposed to the company she was cooperating with at the time to give him a go too.

“It seems I did something right, because after that I made agreements for the promotion of other, international brands,” Ioannides told the Sunday Mail.

The upside-down method of lighting a fireplace