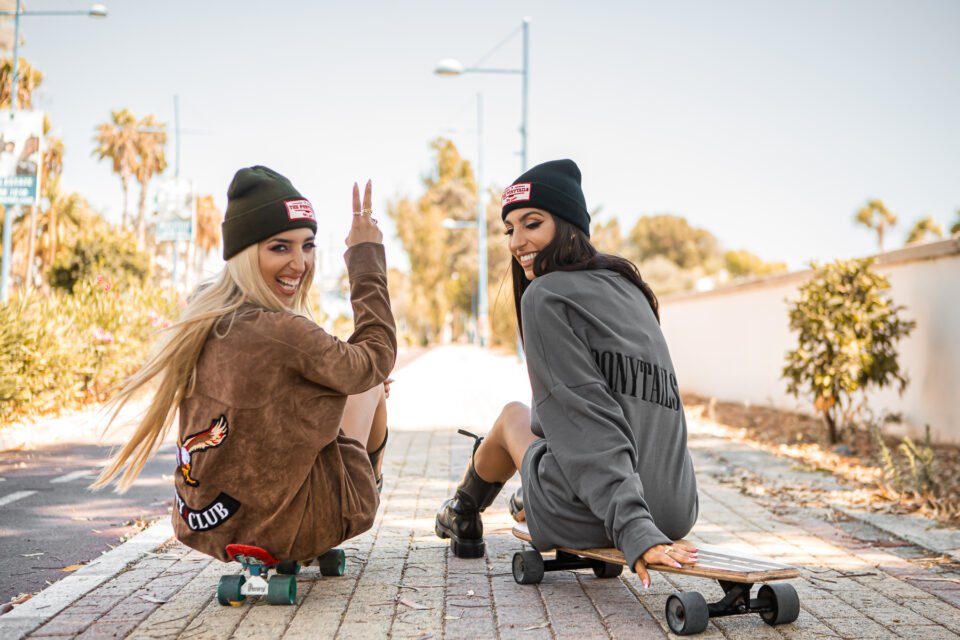 A few years ago, Thelxia and Andreanna Frangoudes were seeking to promote their Limassol-based clothing brand, The Ponytails.

They began to appear personally on blogs, and on their website, showing off their latest creations. Both are attractive, young (near 30), and definitely not camera-shy.

“The personal marketing worked well for the brand, and soon other brands began to request our services in similar campaigns,” Andreanna Frangoudes told the Cyprus Mail in an interview.

“We decided at the start that we would only work with brands that we actually liked ourselves. Our sincerity and honesty are part of our appeal,” Frangoudes explains.

The sincerity works for the two sisters, who today have about 52,000 followers, and who earn substantial sums as influencers – they have represented brands like Marks & Spencer and Stradivarius.

Today, influencers have become a major force in advertising, because they provide a significant return on investment. Advertisers get $5.78 back from each dollar paid to effective influencers, according to Mobile Marketing.

Spending on influencer marketing will reach $9.7 billion in 2020, with 66 per cent of marketers planning to boost their influencer budgets over the next 12 months. And five per cent of brands are spending more than $500,000 from their advertising budget on influencers.

Celebrities were the first influencers. But influencers who weren’t initially well-known, like the Frangoudes sisters, have taken over the field. In fact, today the influencers with the most selling power have relatively small numbers of followers, but great ability to engage consumers. Experts say that today, it’s about having an authentic voice.

Advertising agencies have recognised the importance of influencers in helping them get their message across. They do not see them as competition but as another medium of communication that adds effectiveness to campaigns.

“We use influencers that fit with the profile of the audience we are targeting,” said Tasia Yiannara-Yiallouridou, managing director of Partners Y&R advertising agency. “If we are promoting a low-fat product, we will use a gymnast or a trainer, if it is a face cream, someone completely different,” she said.

Choosing influencers that have access to a specific target audience is the method also followed Telia & Pavla ad agency, whose managing director, Stelios Anastasiades said: “We use micro-influencers, people with 1,000 followers rather than those with 30,000, because the high numbers do not necessarily give good results.”

Everyone though now has the means to measure the effectiveness of influencers and if they are offering value for money. “The beauty is that you have analytics and results are now measureable,” said Anastasiades. “If we do not like the results of an influencer, we do not use them.”

Influencers come from all sorts of backgrounds and experience. Matthew Zorpas found his way into the influence industry when he couldn’t find a job.

“I started a blog just to get something going, and it all grew up from there,” Zorpas told the Cyprus Mail in an interview.

He left Cyprus at the age of 20, starting his studies at the London College of Communication with a degree in public relations. He then graduated from the London School of Economics with a master’s degree in global media and communications.

“So I began working on my own, blogging, doing promotions, and, as I’m an attractive model, often showing off clothes myself. I got noticed, and in 2011, Esquire UK named me one of the best-dressed men in the world. After that I started my own blog, the Gentleman Blogger (http://www.thegentlemanblogger.com/), which initially worked with special and eccentric designers of the London fashion scene that I believed in.”

As his blog built an audience, Zorpas found that people began to ask him what kind of clothes he wore and food he ate. He moved into becoming an influencer. “Since then, I’ve probably worked with every major fashion brand.”

“It now earns about half a million pounds per year.” The blog today has 190,000 followers.

Last summer, Zorpas travelled to Cyprus, to run an event with the deputy tourism ministry. He’s been engaged to help rebrand Cyprus tourism, to make a promotional film and to provide other content.

“Many of us left Cyprus with a very complicated past, we left because Cyprus was too small, little, impossible, inexperienced, boring and irrelevant,” Zorpas says.

“I left weak, yet a fighter and I came back a survivor, an entrepreneur full of passion and with layered experiences and big ideas.”