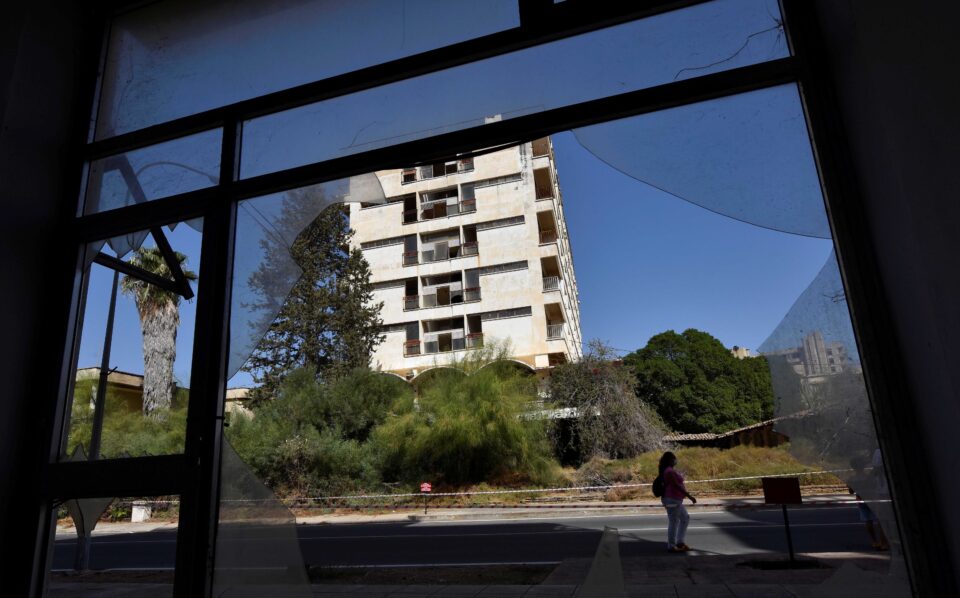 Last week Panayiotis Kouparanis reported from Berlin that legal advice provided to the German parliament suggested the UN Security Council prohibition on populating Varosha was not strictly binding as it was soft rather than hard law that created a preventive injunction against Turkey. My take is that it is as hard as the fist of Bismarck.

There is no formal hard and soft law categorisation in international treaty law. The way international treaties are interpreted is outlined in the 1969 Vienna Convention on Treaties. It requires a treaty be interpreted in good faith, giving the language used its ordinary meaning read in context of its object and purpose including, importantly, any practice regarding its application.

There is no reference to hard or soft law in the Vienna Convention. This is not surprising since the use of soft and hard law derives from the language associated with computer technology and became fashionable with the advent of computers in the 1980s.

I remember Mr Justice Woolf in the 1980s before he became Chief Justice of England and Wales observing elegantly, if a touch pompously, that he did not rejoice in the terminology of hard and soft law which he associated more with computers than law. Rejoice or not, the terminology is widely in use these days to denote laws that are aspirational.

So, soft law has a role to play, particularly in international treaty law, where it is used as shorthand for the mechanism for getting agreement between states in wide, all-embracing treaties like the Paris Agreement on Climate, where it is not felt necessary or desirable to impose binding legal obligations.

Just as an example, article 4.6 of that Agreement provides “the least developed countries and small island developing states may prepare and communicate strategies plans and actions for low greenhouse gas emissions development reflecting their special circumstances.” That is classic soft law: it imposes no binding obligation, rather it expresses an aspiration in order to get less developed countries on board.

However, the advice provided to the German parliament about the finer points of interpretation of the UN Security Council resolutions on Varosha is not as simple as the example I cite from the Paris Agreement since it is the nature of a prohibition or a preventive injunction.

The source of the problem is article 25 of the UN Charter. It obliges member states to comply with ‘decisions’ of the UN Security Council. The question, therefore, is whether UN Security Council resolution 550 of 1984 contains a binding decision under article 25 or, more precisely, whether the prohibition on populating Varosha is part of a decision rather than an expression of opinion by way of exhortation?

Resolution 550 decides in terms to remain seized of the situation with a view to taking urgent appropriate measures in the event of non implementation. Non implementation refers back to the fact that the UNSC considered populating Varosha inadmissible and that its administration had to be transferred to the UN. So, the Varosha prohibition formed an integral part of the Security Council’s decision within article 25.

Resolution 550 of 1984 was addressed to all states. In another part of the text it urges states not to recognise the breakaway ‘Turkish Republic of Northern Cyprus’ and not to facilitate or assist it – one of the main reasons for the isolation inflicted on the Turkish Cypriot community.

The important point here, however, is that that part of the resolution achieved its purpose because no other country apart from Turkey recognised the ‘TRNC’.

But the resolution was also specifically addressed to Turkey as regards Varosha in two respects: first, it considered attempts to populate Varosha by people other than its inhabitants as inadmissible and secondly it called for the transfer of Varosha to the administration of the United Nations.

As all UN member states apart from Turkey complied with the resolution directing them not to recognise the ‘TRNC’ no further measures were necessary on that score. More importantly, however, until the most recent change in policy, Turkey complied with the preventive injunction not to populate Varosha. It is true that she did not comply with the mandatory injunction to transfer Varosha to the UN. Mandatory injunctions are notoriously difficult because they require a party to act, in contradistinction to preventive injunctions that prohibit an act.

Be that as it may, as the Vienna Convention says, the practice of states regarding a particular treaty is a crucial consideration in interpreting if it is binding or not. In the case of the resolution prohibiting populating Varosha there is a decision threatening measures in the event of non compliance and evidence of compliance for 35 years so there is no room left to argue that it is not binding.

As for the question about what constitutes a decision under article 25 of the UN Charter, that will have to wait for the International Court of Justice (ICJ) to rule although in the Advisory Opinion in the Kosovo case of July 2010 the ICJ proceeded on the basis that the UN resolutions on Cyprus were hard rather than soft law.

I suspect that the threat to populate Varosha is more tactical than strategic but sometimes tactics spill over into strategy and the difference between the two vanishes. And what’s with this two-state proposal when the whole edifice of the Turkish case in Cyprus has been that it was necessary to intervene in order to prevent Enosis – union with Greece? In case people have forgotten, it is not just Enosis that is verboten but the creation of two states too. So what on earth is the Turkish side playing at with all these unlawful manoeuvres?

The Nuclear Non-Proliferation Treaty 50 years on

Tales from the Coffeeshop: Busy week for movers and shakers