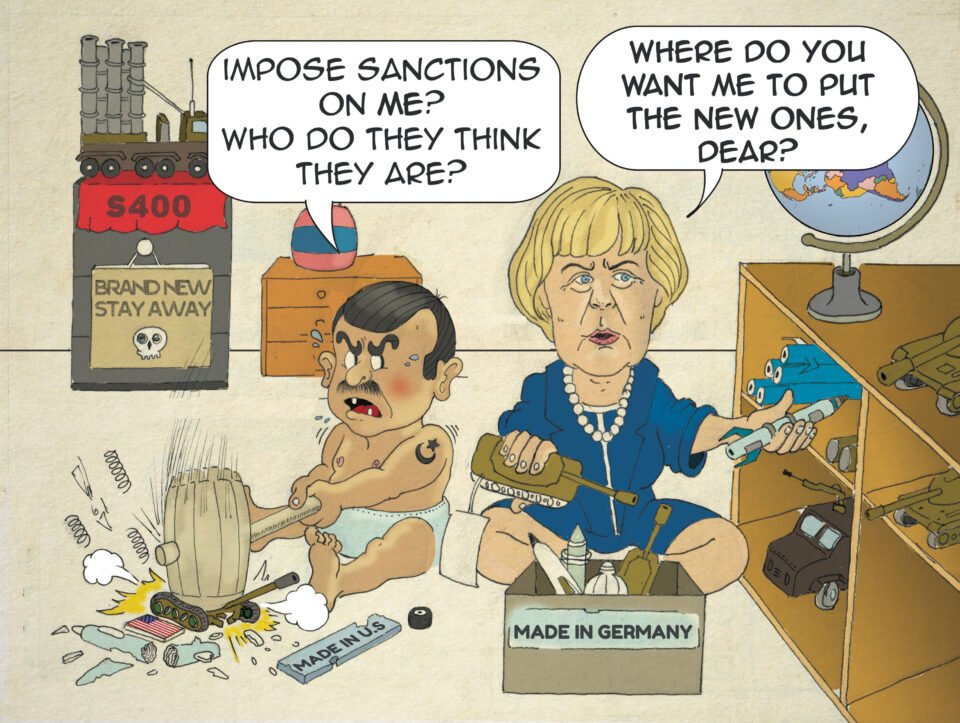 THE STATE broadcaster appeared to have been on a mission to maintain people’s Covid-19-related alarm at peak levels at the start of the week. For two days running the radio news, broadcast first thing in the morning, were a testament to CyBC’s project fear, presented in a way to scare the living daylights out of listeners, and deprive them of any enjoyment of their coffee and fag.

On Monday, Trito news started thus: “Seventy-eight dead because of the coronavirus and 15,101 infections recorded in Cyprus since the start of the pandemic. In the last 24 hours…” On Tuesday the news started thus: “Eighty-two dead because of the coronavirus recorded in Cyprus. In the last 24 hours, in the free areas of the Republic, four deaths were recorded….”

The way the news was presented you’d think the number of deaths cited were from the day before, or, more perversely, that CyBC was boasting that the death toll was reaching a level that justified the ‘we’re all going to die if you don’t obediently follow every decree’ message it has been repeating ad nauseam for the last nine months.

Seriously, one person died on Sunday and first thing on Monday they tell us about the 78 dead since March? And then on Tuesday they add the previous day’s deaths to start with the number 82? On Monday, they could have told us that the mortality rate, in Kyproulla, of those infected by Covid-19 was 0.52 per cent, one of the lowest in the EU, but how would that sustain project fear and ensure mass obedience to the government’s repressive measures?

Note: another stat that CyBC considers it unfair to mention is that Kyproulla has the second lowest number of deaths per 100,000 in the EU at 8.9, which is close to a quarter of that of Greece.

I HEAR the wily Prez Nik has already come up with an ingenious plan for securing the approval of the 2021 state budget, which was rejected by the legislature on Thursday, sparking a bout of public laments by members of the government and attacks on Junior, whose Diko voted against it because its favourite official Odysseas was not granted access to citizenship files.

The plan centres on securing the three votes of the national socialists of Edek, which would swing the balance in the government’s favour. The vote on Thursday was 29-24 so if the three Edekites vote in favour, the budget would go through by a majority of one. Party chief Dr Sizo went to the presidential palace on Friday for a meeting, at which he informed the prez about the things he wanted included in the budget so his party would vote for it.

This was the theatre. Strong rumours suggest that a deal had already been struck – Nik promised Dr Sizo that he would have Disy’s backing to become the president of the new parliament to be elected in May. This may explain why Edek did not take a party stand against the budget, but the deputies were free to vote as they chose. It is easier to change your vote if it is not based on a party decision. Do not be surprised if all three back the budget of their own free will in January.

The hilarious thing is that back in 2016, when Prez Nik forced Disy to back the now disgraced Demetris Syllouris as House president, the main argument he used was that it would prevent Dr Sizo, also a candidate at the time, getting elected.

DR SIZO may have destroyed the party he leads, alienating most of the old members and seeing its share of the vote drastically fall, but he could still emerge a winner personally from the mess he has so ably created. He could become the only speaker of a parliament in the world that can also do Botox. That would put Kyproulla on the world map.

One of his fellow dermatologists, Dr Andreas Fellas, had also heard the rumours, sending the following text message to colleagues: “Colleagues, I suggest contacts with Sizopoulos because he is a key player in the political scene and we should exploit it. Perhaps even the next President of the House. Get close to him.” The doctor could not have put his call for grovelling to Dr Sizo more eloquently. If he becomes the next House president the brown-nosing would be worth it.

A SKETTOS DRINKER that works in bank was beside himself when he came into the Coffeeshop on Friday afternoon, still going on about the legislature’s approval of the Akel bill suspending foreclosures on primary residences worth up to €350,000 and on commercial premises of SMEs until the end of March.

A day earlier the Banks Association had announced it would suspend foreclosures on primary residences in an attempt to pre-empt the law but the ploy did not work because it did not include SMEs so the defenders of strategic defaulters in the legislature passed the Akel bill.

Our customer had this to say. “They have banned foreclosures on all businesses considering 99 per cent are SMEs. You just raise your hands and say ‘mercy’. The deputies are just making people refusing to pay their loans even more intransigent than the Turks. What is the message to ratings agencies and the EBA (European Banking Authority)? Cyprus is the paradise of strategic defaulters. How long before our bonds become junk again?”

There is a culture of not repaying your loans, now made even worse by the parties presenting defaulters as helpless victims of the evil banks that are abusing their power in demanding loans to be repaid. We were champions in the loan repayment suspension schemes sanctioned by the EBA. A higher percentage of people (48 per cent) signed up for it than anywhere in the EU. The EU average was six to eight per cent.

THE COUNCIL of ministers decided to set up a Council of Foreign Policy, Defence and Security that will be housed at the foreign ministry and be under the high authority of Prez Nik and the direct responsibility of the foreign minister.

“The council aims to utilise, among other things, the knowledge and thought of proven personalities with worthy contribution to foreign policy, defence and security, as well as of academics and experts so as to diagnose challenges and existing needs in these fields and to forecast needs that could emerge in the future,” said an official announcement.

Prez Nik has made a habit of setting up such bodies and never listening to anything they say. He also set up the council of economic advisors that included the Cypriot Nobel prize-winning economist Christoforos Pissarides. He never sought its advice and it self-dissolved, an embarrassed Pissarides leading the exit of the members.

Has that council for strategic something or other he set up also self-dissolved?

THIS is such hot air I cannot help thinking the academic by court decision Christodoulides came up with it. Meanwhile Christodoulides’ foreign policy has been such a resounding success he has now decided to turn his attention to the economy.

This week he announced the foreign ministry was putting together a strategy for economic diplomacy that he planned to present in 2021. The strategy aims at creating value for Cyprus and Cypriot businesses by strengthening trade, foreign direct investment and the Cyprus brand, thus maximising the benefits from economic diplomacy, said the hot air diplomat.

Nik may as well get rid of the finance and commerce ministers now that Christodoulides has taken over trade and investment. And the Cyprus brand? Has it anything to do with the citizenship scheme?

CORONAVIRUS celebrity Professor Leontios Kostrikis was a recipient of one of the annual awards given by the Federation of Employers and Industrialists (Oev) and the Foundation of Research and Innovation (Idek).

He won the ‘Distinguished Researcher 2020’ category, but reading Oev’s announcement about the awards it did not give away anything about the research project that merited this award. It was “for his work and contribution both to science and society of the country as well as internationally.”

I am certain Kostrikis is a distinguished researcher, but if it were not for the coronavirus, I suspect Oev’s award committee, like the rest of us, would have never heard of him. The pandemic has had its positive points, putting our leading scientists whom we did not know existed in the limelight.

SPEAKING of awards, the Natural Gas Public Company (Defa), Phil reported some days ago, made the shortlist of seven companies selected by the World LNG Virtual Summit 2020 “for the World Award of Liquefied Natural Gas for its excellent contribution to industry.”

In an announcement, Defa proudly said: “The inclusion of Defa in this list constitutes international recognition regarding the correct and hard work the organisation is doing for the arrival of natural gas to Cyprus.”

Considering no natural gas is expected to arrive for another couple of years it is a minor miracle Defa even made the shortlist for the award. Had nobody informed the World LNG Virtual Summit that Defa was set up in 2008 as the sole importer and distributor of natural gas in Kyproulla and 12 years on has neither imported nor distributed any natural gas?

THE AUTHORITIES are turning the screw on the incorruptible, holier than thou Odysseas, with reports the attorney-general is considering taking legal action against him with the aim of sacking him. Responding to the reports, the self-righteous auditor-general tweeted a line from a Greek poem before saying in the royal plural: “We will defend the independence of our service and we will repel with resolve every attempt at intimidation, with, as our guide, the Constitution, the law and faith in justice.” Amen.

Our View: 2020: the one year petty politics should have been put aside