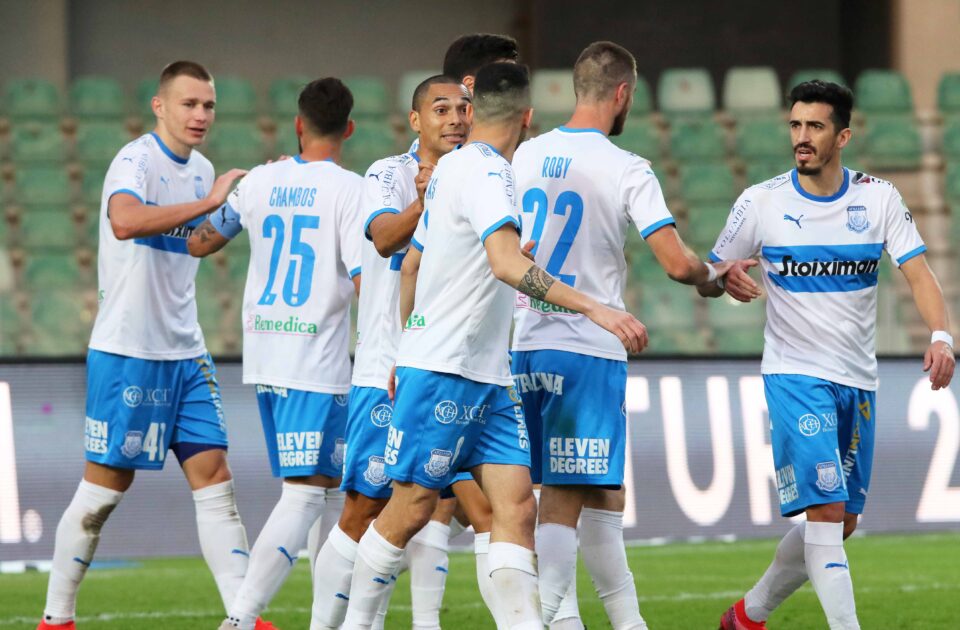 The penultimate round of 2020 finds Apollon at the top of the Cypriot first division after the Limassol club beat Ermis at home with the final score being an emphatic 4-0 for the hosts.

Though Apollon had to make do without key striker Bagaliy Dabo, Giannis Petrakis’ team has managed to find goals from Giannis Gianniotas and Ioannis Pittas. The latter has particularly impressed this season, as he scored six league goals so far.

“I am very happy because we managed to grab a great win playing good football against a good team,” said Apollon manager Petrakis.

“We were very good for some parts of the game. Congratulations to my players for their effort, their mentality and the result. My mind now is on the next difficult game we have to play,” Petrakis added.

The Apollon manager also said that injured defensive midfielder Esteban Sachetti will not be replaced with a new signing in the January transfer window.

“I have a lot of respect for him. I have learned in life to not focus on what I don’t have.

“There are no thoughts about a replacement transfer. His injury was not the best for our team but I have faith in the remaining players available to me,” he added.

Meanwhile, Ermis chairman Loukas Fanieros has imposed a ten per cent fine on the entire football department’s monthly wages for December after the heavy defeat against Apollon, the second one in the same season since Ermis also lost to the Limassol club in the first round with a score of 0-6.

“They have to understand where they’ve come to play and what badge is on their chest. Whoever disagrees can come to my office and leave their jersey on my desk,” Fanieros said about his decision.

Elsewhere over the weekend, AEL dropped precious points against Nea Salamina, with the game between the two sides ending in a 1-1 draw.

AEL had major complaints against the referee’s decision to send Raso off for a foul on Iasonas Pikis.

AEL manager Andreas Sofocleous reserved most of his ire for the president of the Cypriot refereeing committee Bertrand Layec, with Sofocleous asking for the Frenchman’s resignation.

“I think the Cyprus Football Association (CFA) should send Mr. Layec packing and hire someone else who is in touch with reality,” Sofocleous said in a statement.

Layec came under fire last week for two statements on the use of VAR in a game between Omonia and Pafos. Both statements were released on the same day, with one contradicting the CFA and the other one annulling his own previous statement.

“He [Layec] cannot be in France or Holland, drinking his beer or wine and monitor the refereeing situation in Cyprus,” Sofocleous explained.

“He must be in Cyprus to monitor the first and second division and train the referees. Is he going to train them over Skype?”

Since Sofocleous’ statements on Monday morning, the CFA proceeded to ask for Layec’s resignation, with Layec finally deciding to vacate the position.

“The CFA would like to thank Mr. Layec for his services and wishes him all the best in his personal and professional life”, a CFA statement read.

Should you be adding squalane to your skincare routine?